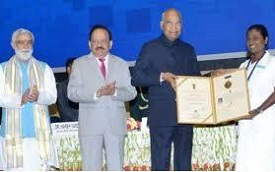 The President of India, Shri Ram Nath Kovind, presented the National Florence Nightingale Awards 2019 to Lini Puthussery, the nurse from Kerala who died due to Nipah virus that she contracted while treating a patient last year during the Nipah outbreak.

President Kovind presented the National Florence Nightingale Awards to the nursing community yesterday on International Nurses Day. The World Health Organisation (WHO) has announced 2020 as the year of the nurse and mid-wife. 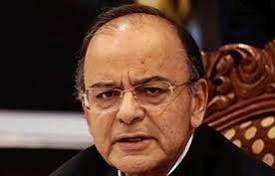 3 - Awards given for short film competition on environment 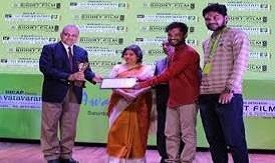 The Ministry of Environment gave away awards for a short film competition on environment. Additional Secretary in the Environment Ministry, Ravi Agrawal presented the awards to several school students and professionals for their documentaries and films. 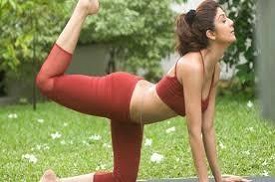 Ethiopia's Prime Minister Abiy Ahmed has received the 2019 Nobel Peace Prize for his efforts to achieve international peace and co-operation. This year's Nobel Peace Prize was the 100th to be awarded. The Nobel Peace Prize consists of a diploma, a gold medal and a cheque for nine million Swedish kronor (850,000 euros).

Abiy Ahmed was awarded the Nobel peace prize for his efforts to resolve the long-running conflict with neighboring foe Eritrea. 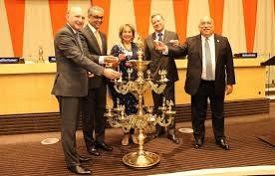 Four prominent diplomats were honoured with ‘The Diwali – Power of One’ award 2019 in recognition of their work, especially at the United Nations, for a secure and peaceful world.

Diplomats who were honored were:

Gurgaon-based startup, Blue Sky Analytics, has won Copernicus Masters award, also dubbed as ‘Space Oscars’. The award was given for its application, Zuri. It is AI-enabled platform that uses satellite data for improved monitoring, supply chain and pricing analysis as well as allocation of crop waste for use in other industries as raw material.

The prize is also dubbed as ‘Space Oscars’. Seven groups got the prize in different categories. Zuri was selected under social entrepreneurship category.

President of India, Shri Ram Nath Kovind presented the 5th Visitor’s Awards at the conference of Vice-Chancellors of Central Universities, Directors of IISERs. 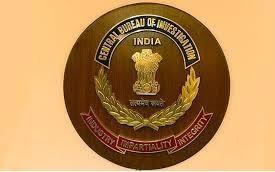 CBI officer B P Raju won the 'India Cyber Cop of the Year 2019' award by NASSCOM-DSCI during the Annual Information Security Summit held at Gurgaon, Haryana. He won for cracking a fraud case in an online entrance exam conducted by an engineering college in Rajasthan.

While investigating the case, Raju had arrested nine accused persons and collected incriminating evidence from digital devices, which revealed the modus operandi adapted by the accused. 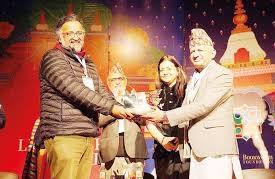 Amitabha Bagchi's novel Half The Night Is Gone won the $25,000 DSC Prize for South Asian Literature 2019 among six shortlisted authors and novels. Bagchi’s novel is a post-colonial saga that unfolds over three generations and explores human relationships. It has inventive use of language, and its memorable well defined characters make it an outstanding read. It weaves together three parallel stories, interrogating the relationships.

In Tamil, Cho Dharman has been awarded for his Novel ‘Sool’ and in Gujarati, Ratilal Borisagar has awarded for his Essays ‘Mojama Revu Re’. In Sanskrit, Penna Madhusudan will get the award for his Poetry ‘Prajnachakshusham’ and in Urdu, Shafey Kidwai will be awarded for his Biography ‘Sawaneh-E-Sir Syed: Ek Bazdeed’. 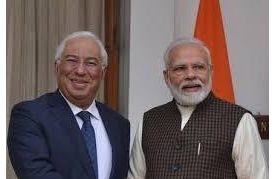 Portuguese Prime Minister, Antonio Costa, has announced setting up of Gandhi Citizenship Education Prize, each year inspired by his different thoughts and quotes. The prize was announced to help perpetuate Mahatma Gandhi’s ideals. The first edition of this prize will be dedicated to animal welfare.

Prime Minister Antonio Costa made the announcement while attending the second meeting of the National Committee for the Commemoration Mahatma Gandhi’s 150th Birth Anniversary chaired by President Ram Nath Kovind. He is the only foreign Prime Minister to be a part of the committee. 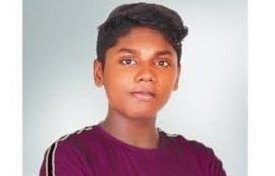 Aditya K. of Kozhikode, Kerala won most prestigious of the National Bravery Awards, given away by the Indian Council for Child Welfare. With this, he became the first child from the State to bag the Bharat Award for bravery. Aditya showed bravery in rescuing 20 people from a bus carrying members of the Calicut University Pensioners’ Forum and their families when it caught fire coming down a steep mountain road.

Other recipients’ of this award were Muhammed Mohsin and Fatah, for saving the lives of three children and rescuing a woman and a girl from an approaching train respectively. 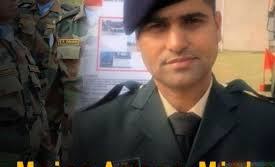 Major Anoop Mishra was awarded Army Design Bureau Excellence Award by the Army Chief for indigenously developing Sarvatra Kavach’, a bulletproof jacket to develop his bulletproof jacket the day hit by a stray bullet during an operation. The jacket is developed at the College of Military Engineering in Pune.

The Vice President of India, Shri M Venkaiah Naidu conferred National Film Awards for the year 2018 in various categories at its 66th edition. 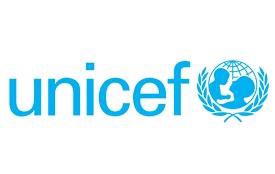 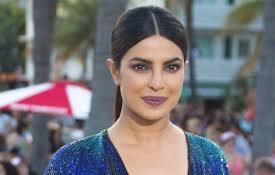 Indian actress Priyanka Chopra was honored with UNICEF's Danny Kaye Humanitarian Award by the United Nations Children's Fund at the 15th annual UNICEF Snowflake Ball. She was honored for her work as UNICEF Goodwill Ambassador for Child Rights. Fashion designer Diane von Furstenberg handed over the award to the actor.

Priyanka Chopra is the global UNICEF Goodwill Ambassador for Child Rights and is known for raising her voice for children’s education. Danny Kaye was UNICEF's first celebrity goodwill ambassador who made a commitment for helping the world's children. 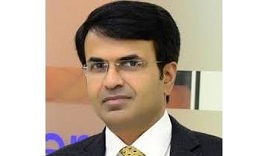 Dr. Santosh G Honavar was conferred with the American Academy of Ophthalmology's (AAO) highest award Life Achievement honor that is given to its members. He became the first Indian chosen for the honour. Dr Santosh G. Honavar is a Hyderabad-based Indian ophthalmologist chosen for its highest award to recognize his contributions to the Academy, its scientific and educational programs, and to the advancement of ophthalmology.

American Academy of Ophthalmology, founded in 1896 and headquartered in San Francisco is the world's largest association of eye specialists. 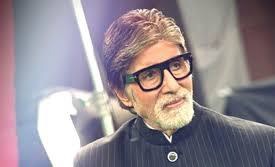 Veteran actor Amitabh Bachchan received the Dadasaheb Phalke award for his outstanding contribution to the film industry. President Ram Nath Kovind presented the award to the actor in New Delhi. Amitabh Bachchan has appeared in over 190 Indian films in a career spanning almost five decades.

The award, named after the father of Indian cinema, Dhundiraj Govind Phalke, was instituted in 1969. The award is conferred by the government for outstanding contribution to the growth and development of Indian Cinema. It consists of a Swarn Kamal and a cash prize of ten lakh rupees.