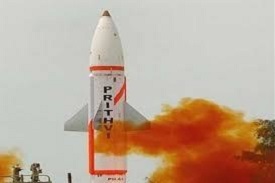 India successfully test-fired its indigenously developed surface-to-surface nuclear-capable Prithvi-II missile off Odisha coast. The user trial of the 350 km range missile was conducted from a mobile launcher from launch complex-3 of the Integrated Test Range at Chandipur. The missile is capable of carrying 500 to 1000 kg of warheads and is thrust by liquid propulsion twin engines.

Developed under the joint collaboration of Defence Research and Development Organization and Bharat Dynamics Limited, the missile was first test-fired on 27 January 1996. 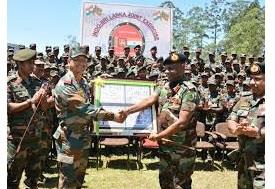 The seventh edition of the joint training exercise between the Indian Army and the Sri Lankan Army, Exercise Mitra Shakti concluded on 14 December at Aundh Military Station, Pune. The two week long exercise focused on enhancing interoperability for developing the capability to undertake joint operations in counter terrorism operations under United Nations mandate.

A contingent comprising 120 personnel each from the Sri Lankan and Indian Army participated in the exercise. The themes chosen for the joint training exercise were both, live and contemporary affecting both the nations alike. 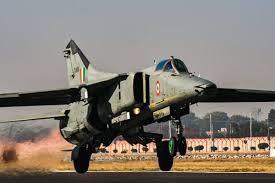 Indian Air Force bid adieu to MiG 27 by organizing a decommissioning ceremony at the Jodhpur air base. The Mig 27 is a soviet origin aircraft that was built under licence by HAL. All of its variants have been phased out in the recent past, only the Mig 27 Upgrade was the last serving fighter jet. The fighter aircraft was the backbone of ground-attack fleet of the Air Force for over 34 years.

MiG-27 contributed in wars and peace-keeping operations since Operation Parakram but emerged as the real hero in the 1999 Kargil war. 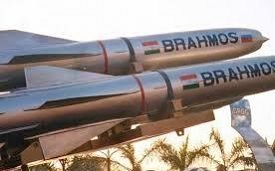 Defence Research & Development Organisation, Indian Air Force and BrahMos jointly successfully conducted two BrahMos supersonic cruise missiles tests, one each from land and air platforms. The first missile launch was from a land based mobile launcher, where most of the components were indigenous.

The second launch of the missile was carried out from SU-30MKI platform against a sea target. The test revalidated the ship attack capability of the advanced air-launched cruise missile. The BrahMos Air Launched Cruise Missile (ALCM) promises to bolster the air combat capability of IAF from stand-off ranges. 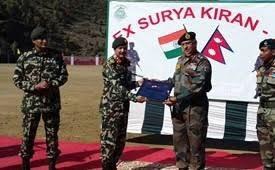 The 14th edition of bilateral annual military exercise SURYA KIRAN-XIV between Indian and Nepal Army was held Salijhandi, Rupendehi district of Nepal. Both the Armies will also share their valuable experiences in countering such situations and also refine drills and procedures for joint operations.

The aim of this exercise was to conduct a battalion level combined training between Indian Army and Nepal Army with a scope to enhance interoperability at military level in jungle warfare, counter terrorist operations in mountainous terrain, humanitarian assistance, disaster relief operations, medical and environmental conservation including aviation aspects. 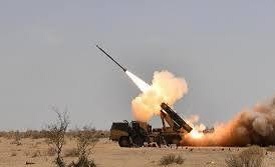 Defence Research and Development Organisation (DRDO) successfully flight-tested Pinaka Missile System from the Integrated Test Range, Chandipur off the Odisha coast. The Pinaka is an Artillery Missile System capable of striking into enemy territory up to a range of 75 kilometres with high precision.

The Pinaka MK-II Rocket is modified as a missile by integrating with the Navigation, Control and Guidance System to improve the end accuracy and enhance the range. 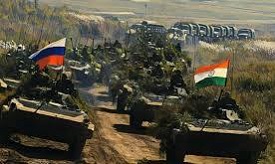 The second edition of the bilateral tri-service exercise betwen India and Russia, designated INDRA - 2019, kicked off at Babina town of Uttar Pradesh. It was simultaneously conducted in Goa, and Pune.

The exercise included joint training in counter terrorism and counter insurgency operations under the United Nations mandate. Important lectures, demonstrations and drills related to counter terrorism operations were rehearsed and executed jointly. The INDRA exercises are being regularly held since 2003. 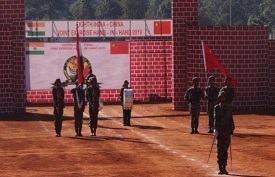 The 8th Edition of India China joint training exercise ‘Hand-in-Hand-2019’ was held at Umroi, Meghalaya. The training consisted of two strategic exercises. The first exercise was focused on the anti-terrorism mechanism and the second on humanitarian and disaster relief (HADR) operations.

The joint military exercise "Hand-in-Hand" is an annual military exercise held under a United Nations mandate. It was started in the year 2007 in Kunming (China) but remained shelved for five years until it was resumed in 2013. 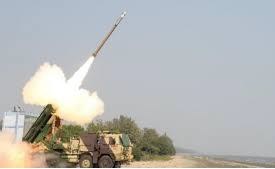 The indigenously developed Pinaka system has a maximum range of 75 km for Mark-II variant and can fire a salvo of 12 rockets in less than 45 seconds. QR-SAM system can also engage multiple targets within a range of around 25 to 30 km with two vehicle configurations for area air defence.