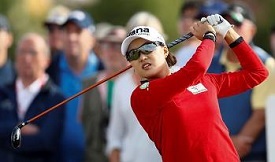 Minjee Lee, ranked as 6 in the world, has won the most prestigious individual honor in Australian golf, the Greg Norman Medal. Lee has become the only third person to win this award since its inception (i.e. in 2015). Other two are Jason Day and Marc Leishman.

Lee beat both to win this year’s honor following a season in which she showed her talents around the globe. Lee has been awarded this prestigious medal during a gala ceremony at Royal Pines on Queensland’s Gold Coast. It was the venue for this year’s Australian PGA.

On this occasion Lee says – “I’m humbled to have won such a prestigious award alongside two amazing golfers already in Marc and Jason.” 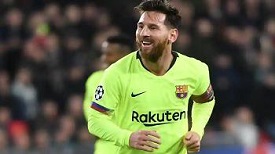 Lionel Messi, the Barcelona striker, has overtaken Cristiano Ronaldo of Portugal and recovered the record of being the top goal scorer in the Champion League for one club. 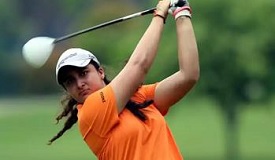 Ridhima Dilawari won her maiden professional title by her five-shot win in the 17th Leg of the Hero Women’s Pro Golf Tour held at the Noida Golf Course, Uttar Pradesh. It was her third start on the domestic Tour. Besides, Ridhima has also played at the Hero Women’s Indian Open on the Ladies European Tour.

Ridhima, 20-year-old girl took a year off after completing her second year at Columbia University, New York, US to represent India at the Asian Games, and then she turned pro. 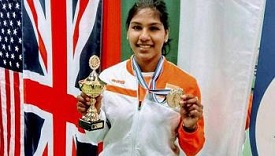 India athlete Bhavani Devi has won a gold medal in the Sabre event at the Senior Commonwealth Fencing Championship 2018. The Championship was held in Canberra, Australia. With this title, Bhavani has become the first Indian who won gold at the Commonwealth Championship.

The Chennai-born Bhavani Devi defeated England’s Emily Ruaux by 15-12 in the final. In the semi-final, she had defeated Catriona Thomson (Scotland). Besides, last year, she had won gold at the World Cup Satellite Tournament held in Reykjavik, Iceland.

Ullas Narayan has won the third position at the 2018 International Association of Ultra Running (IAU) 24 Hour Asia & Oceania Championships. The Championship was held at Taipei, Taiwan. 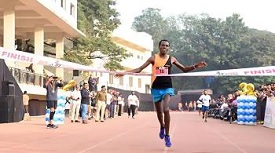 In women’s Full Marathon, the Kenyan girl Pascalia Chepkogei stood first with the timing of 2 hour 50 minutes 27 seconds. However, the second and third positions are secured by Belew Mekonnen and Fekede Tilahun respectively. Both are from Ethiopia.

Likewise, the 33rd year of Pune International Marathon was celebrated as the Ethiopian show. 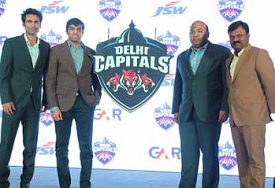 Indian Premier League (IPL) franchise Delhi Daredevils has been renamed as Delhi Capitals. The announcement was made in a function held in the capital by owners GMR Group and JSW Sports.

Co-owners Parth Jindal who represents JSW Sport, and Kiran Kumar Grandhi of GMR, announced the new name of the team. However, the team has retained the old red and blue color in the ‎new team logo. 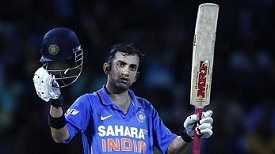 Gautam Gambhir, the Indian cricketer, has announced his retirement from all forms of cricket. Gambhir who had played a key role and made India win the World T20 in 2007 and the 2011 World Cup tweeted his retirement.

Since making his international debut in 2003 in Dhaka, Bangladesh, Gambhir has played 147 ODIs, 58 Tests, and 37 T20s for India. His career’s best ranking was – he ranked No.1 in Tests in 2009, two years later he was ranked No.1 T20I batsman, and in ODIs, Gambhir attained his career-best 8th rank. 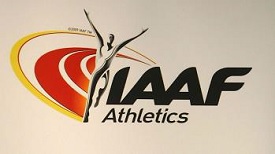 As per the latest report, Budapest (capital of Hungary) will host the 2023 athletics world championships. Such announcement is made by the governing body IAAF. 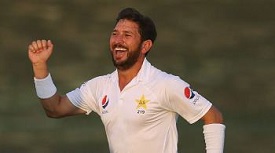 The Pakistani leg-spinner, Yasir Shah, has become the fastest bowler who took 200 wickets. He has taken his 200th wicket in his third test against New Zealand.

The leg-spinner, Shah has reached this milestone in his (total) 33rd Test; it is three match less than Australia leg-spinner Clarrie Grimmett, who previously held the record. Likewise, 32 years old Shah beat the 82-year-old record.

Highlights of Fastest (to) 200 Test wickets: 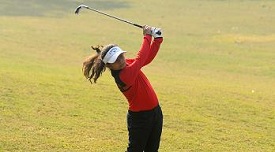 Anushka Gupta and Chaitanya Gupta won championship in under-7 girls and boys competition respectively at the US Kids Golf India Tour. The championship held at Gurugram, Haryana.

As many as 71 participants across 13 categories participated at the Jack Nicklaus designed Classic Golf & Country Club.

Winners in other categories were: 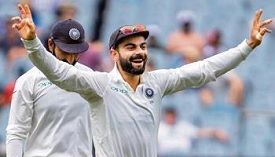 With the victory over Australia in the opening Test match at the Adelaide Oval (Australia), the Indian Cricket team captain Virat Kohli became the first Asian captain who won Tests in Australia, England, and South Africa.

Former Indian Cricket team captain Rahul Dravid and MS Dhoni have won the Test matches (as captains) in South Africa and England respectively, but they did not win in Australia. Besides, Kohli also became the first Indian captain who won the opening Test of a series against Australia at Australian home ground.

The last Test that India won in Australia was at that held in Perth in 2008. Before that in 2003, India won a Test match in Adelaide under Sourav Ganguly’s captaincy. 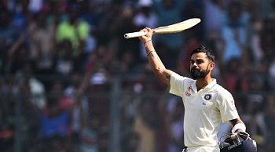 Sachin Tendulkar had completed his 25 Test centuries in 130 innings and Sunil Gavaskar had taken 138 innings. Now Kohli is the 21st batsman in the world who have made 25 or more centuries in Test cricket, and in India, he is the fourth. 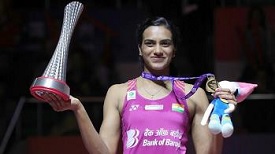 PV Sindhu has won the gold medal at BWF World Tour Finals 2018. In the women’s single final match, she defeated Nozomi Okuhara of Japan by 21-19, 21-17. She had lost a World Championship final to Okuhara last year. But this year, she completed her dream at Guangzhou in China.

After the victory, Sindhu says −

"I feel really happy and I think I have no words because this is my first win in this year and every time I have been coming to the final and losing. This will be the most memorable this year because I think it was a good game and I'm really very proud. I think the year has ended on a beautiful note.”

15 - India Won 2 Tests in a Series on Australian Ground 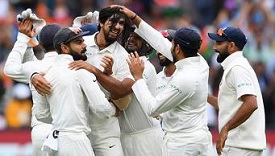 India has defeated Australia by 137 runs in the third Test at Melbourne and took 2-1 lead in the four Test-match series. After 1977-78, it is first time that India have won two matches in a Test series on Australian home ground.

The highlights of match are: