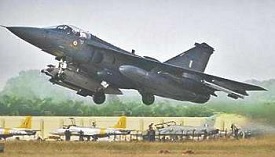 To increase the operational coordination, Air forces of India and the United States have successfully completed military exercise in Kalaikunda and Panagarh air bases located in West Bengal, India. This is for the first time the military exercise was held at two air force bases.

The 'Ex Cope India-18' was the fourth edition in the series of bilateral military drills between the Indian Air Force and the United States Air Force. The objective of such joint military exercise is to provide operational exposure and undertake mutual exchange of best practices towards enhancing operational capability.

The Indian Navy will conduct a large-scale coastal defense exercise namely 'Exercise sea vigil' in January, 2019. This exercise is designed to test the robustness of the entire coastal security apparatus.

The 'Exercise sea vigil' planned to involve all stake holders across mainland and Island territories. It will also invite all operational ship, submarines, and aircraft along with Indian coast guards, Indian Army and the Indian Air Force, to participate in this exercise.

As per the report, the exercise sea vigil will help to enhance interoperability and ensure security in country’s maritime neighborhood as well as in the global commons. 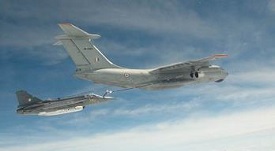 The JASDF C2 aircraft and the aircrew/observers were the part of this first air exercise between the two Air Forces of Japan and India. Indian Air Force is participating with AN-32 and C-17 aircraft. The objective of this exercise was to set for the IAF and JASDF crews to undertake Joint Mobility/ HADR operations. 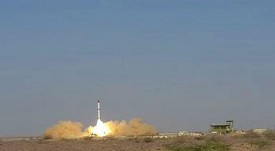 The Agni missile was launched with the help of a mobile launcher from the launch pad-4 of the Integrated Test Range (ITR) located at Dr Abdul Kalam Island in the Bay of Bengal. 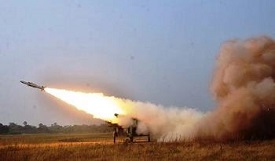 The Indian Air Force, in a first-of-its-kind exercise (code-named CROSS BOW-18), has successfully conducted a combined guided weapons firing of Surface-to-Air Missiles. The missile is tested from the Air Force Station located at Suryalanka in Andhra Pradesh.

As per the report, CROSS BOW-18 that successful tested has four different classes of missiles like Akash, Spyder, OSA-AK-M and IGLA. 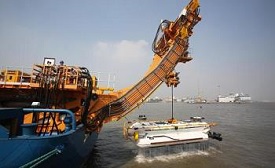 The acquisition of this capability is a significant and pioneering jump in the Indian Navy's capability particularly in the deep submarine rescue. This Deep Sea rescue system would have a global footprint. It can be mobilized from the Naval base at Mumbai to the nearest mobilization port by air/land or sea and will provide rapid rescue to the Submarines in distress.

Moreover, the Indian Navy's Deep Sea Submarine Rescue System is considered as the most advanced system currently in operation globally. It is capable of undertaking rescue from a disabled Submarine up to 650 meters deep in the water. 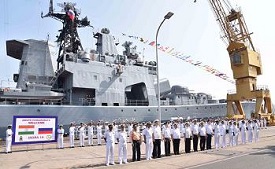 The bilateral maritime exercise between Indian Navy and Russian Federation Navy namely INDRA NAVY has been exercised in Vishakhapatnam from December 9 to 16, 2018.

Russian Federation Navy (RuFN) Ships Varyag, Admiral Panteleyev and Boris Butoma participated in the joint exercise from Russian side. From India side, the exercise has been led by the Command of Rear Admiral Dinesh K Tripathi, Flag Officer Commanding, Eastern Fleet.

The primary objective of the joint navy exercise is to increase inter-operability amongst the two navies and develop common understanding and procedures for maritime security operations. INDRA NAVY joint navy exercise was initiated in 2003. The thrust of such exercises at sea was on Anti-Submarine Warfare (ASW), Air Defence drills, Surface Firings, Visit Board Search, and Seizure (VBSS) operations and tactical procedures.

During exercise INDRA NAVY-18, the Indian Navy has been represented by − 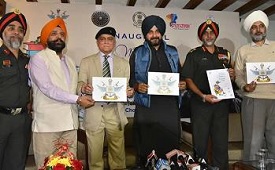 Punjab government has organized 3-day Military Literature Festival at the Lake Club in Chandigarh. The festival was commenced on December 6 and ended on December 9, 2018.

Some of the pre festival activities such as archery competition, shotgun shooting, and Army Polo were also the point of attraction.

Besides, in this literature festival, some other activities also organized including military-themed photography competition, cyclothon, off roading show, nature trail run for women and children, and a bird watching workshop.