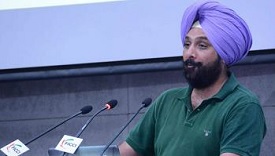 Raninder Singh has become the first Indian to be elected as the vice-president of the International Shooting Sport Federation (ISSF). He will be one of the four vice-presidents of the organization.

The 51-year old Mr. Singh currently heads the National Rifle Association of India (NRAI). Besides, Mr. Singh has recently been also awarded the ISSF diploma of honour gold medal at the general assembly. On this occasion, he has been accorded the diploma and medal by the outgoing as well as the longest serving president of the ISSF, Olegario Vazquez Rana. Mr. Rana served for 38 years. 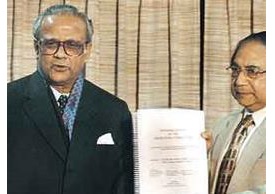 The National Green Tribunal (NGT) has appointed former Uttarakhand High Court judge, Justice U C Dhyani, as head of the three-member committee to monitor rejuvenation work of the Ganga river.

Besides, the NGT also directed the law enforcing agencies to implement the Supreme Court’s order. In the order, it is directed that every cinema hall and video parlors should have at least two slides of messages on environment in each show along with the information. 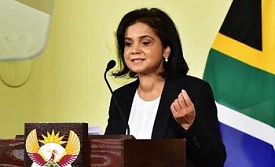 President Cyril Ramaphosa named Shamila Batoh, a respected female lawyer to head South Africa's prosecuting authority. Ms. Batohi, the first female to occupy this role, is a former prosecutions chief in KwaZulu-Natal province. Besides, she has served as the senior adviser to the prosecutor at the International Criminal Court (ICC) since 2009.

On this occasion, Mr. Ramaphosa says – "I am confident that the advocate possesses all the attributes of a capable National Director of Public Prosecutions... she has shown herself to be a fit and proper person." 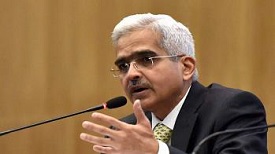 Shaktikanta Das is appointed as the 25th Governor of the Reserve Bank of India (RBI). 61-year-old Mr. Das is a former economic affairs secretary at the Finance Ministry.

He took the charge at the Reserve Bank of India for a three-year term. His appointment is made on an urgent basis, as the predecessor Governor Mr. Urjit Patel has resigned in the middle of his term by stating personal reasons. 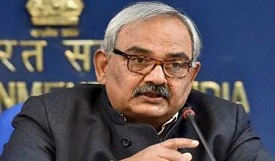 Rajiv Mehrishi, the Comptroller and Auditor General of India, has been appointed as the Vice-Chair of the UN Panel of Auditors.

The United Nations Panel of Auditors consists of External Auditors of the United Nations and its agencies. The UN panel unanimously elected Mr. Mehrishi, the Comptroller and Auditor General of India as the Vice Chair of the panel for the year 2019.

At present, the UN panel consists of 11 countries namely:

Currently, the UN panel is chaired by the Comptroller and Auditor General of the United Kingdom. 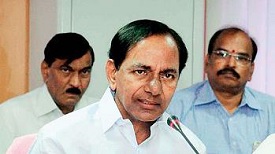 K. Chandrashekhar Rao, the Telangana Rashtra Samiti (TRS) president, has sworn in as the Chief Minister of Telangana for the second term. Governor E.S.L. Narasimhan has administered the oath of office.

64-year-old TRS president, Mr. Rao first time became chief minister of Telangana state in the year 2014. However, before the completion of his five-year term, he resigned and demanded early elections. As result of this, assembly elections were held a few months earlier than scheduled and again Mr. Rao won with full majority.

The Ministry of Information and Broadcasting has appointed TV producer BP Singh as the President of Film and Television Institute of India (FTII) and chairman of its Governing Council.

Mr. Singh’s appointment is confirmed immediately after the resignation of actor Anupam Kher who was the Chairman of FTII.

Mr. Kher gave his resignation by sighting his personal ‘international commitments.” Because of his maximum time in abroad, he was not able to exercise his job in India.

Mr. Singh did a cinematography specialization course from the institute in the early 1970s and later became producer-director of popular TV serial CID. CID, recently completed a record of 21 years’ unbroken run on SONY TV. 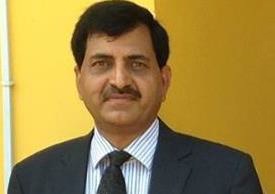 Presently working as the Consul General of India, Zanzibar, T.C. Barupal, has been appointed as the next Ambassador of India to the Republic of Guinea. An Indian Foreign Service officer, Mr. Barupal has done his masters in History from University of Rajasthan.

Besides, he has also done professional courses from Foreign Service Institute and also completed his executive Education programs from Indian Institute of Management, Ahmedabad, Gujarat. 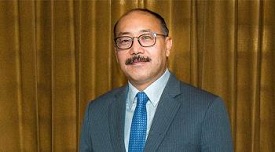 Currently working as the High Commissioner to the People's Republic of Bangladesh, Mr. Harsh Vardhan Shringla has been appointed as the next Ambassador of India to the United States of America.

Mr. Shringla, who will succeed Navtej Sarna, is a 1984-batch Indian Foreign Service diplomat. Senior diplomat Riva Ganguly Das, at present working as Director General of Indian Council for Cultural Relations, has been appointed as new High Commissioner to Bangladesh.