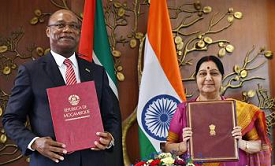 The External Affairs Minister of India, Smt. Sushma Swaraj, and the Minister of Foreign Affairs & Cooperation of the Republic of Mozambique, Mr. Jose Condungua Antonio Pacheco have attended the 4th session of Joint Commission meeting. The meeting was held on November 29, 2018 at Jawaharlal Nehru Bhavan, New Delhi. The theme of meeting was Economic, Cultural, Scientific, and Technical Cooperation.

In the Joint Commission meeting, both the leaders appreciated the growth of India-Mozambique partnership. The support through Lines of Credit and grant-assistance helps to enhance the capacity of Mozambican institutions in many fields including food security, small & medium enterprises, electricity, roads, drinking water availability, solar energy and information technology, etc.

Mr. Jose Condungua Antonio Pacheco has appreciated the recent progress in implementation of important Indian projects, particularly the Tica-Buzi Highway project. This project was funded through an Indian credit-line of about 150 million US Dollars. Other major LOC projects in the areas of electricity and housing also mentioned. Besides, the special contribution of Indian educational and training scholarships is also appreciated, as it helped greatly in enhancing the capacity of Mozambican youth. Likewise, both the parties agreed to further deepen and widen the realm of their development cooperation.

India and China have explored a new aspect by signing a protocol on hygiene and inspection requirements exclusively for the exports.

The commerce ministry announced in a statement that a protocol on hygiene and inspection requirements for the exports was signed in New Delhi during the visit of Chinese Vice Minister, General Administration of Customs, Hu Wei, who is leading a six-member delegation to India. 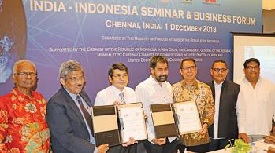 With the objective to facilitate the commercial and people-to-people connection between India and Indonesia, India-Indonesia Business Forum has been organized at Port Blair. Owing to its close proximity to India’s Andaman & Nicobar Islands located in the Bay of Bengal and, Aceh and North Sumatra Province of Indonesia, the connectivity can be easily set up.

The Indian delegation was led by Pradeep Kumar Rawat, the Ambassador of India and assisted by the members of Andaman Chamber of Commerce and Industry and other officials from Andaman & Nicobar Administration. However, the primary research has been done by an academic institution of Indonesia. It has identified the potential opportunities in the economic field between Andaman-Nicobar and Aceh & North Sumatra.

The Major identified areas of cooperation are: 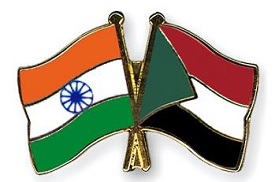 India has confirmed its commitment to work closely with Sudan in various bilateral fields. Besides, both countries also exchanged views on the issues of mutual concern at regional and multilateral levels.

Major areas of bilateral relations that were discussed include: 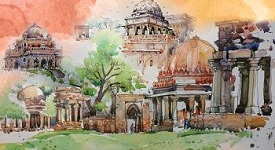 On 4-5 December 2018, a two day Conference on ”EU-India Partnership for Cultural Heritage Conservation“ was organized at the National Museum in New Delhi. 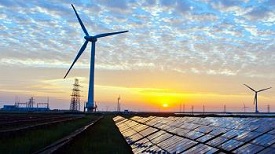 Sweden and India have signed two memoranda of understanding (MoUs) for the development of renewable energy sector. As per the MoUs, the advanced technology will be used to increase the power efficiency.

The first MoU has been signed between Swedish firm Spowdi and Bengaluru based company EMMVEE for setting up local manufacturing and assembly unit in Bengaluru.

The second MoU has been signed between Swedish Neutral and India’s leading distribution company Tata Power DDL with the objective to set up pilot for earth fault protection in Delhi.

India and Sweden have a long history of collaboration, which is guided by MoU in the fields of environment, energy, science and technology and sustainable urban planning. However, to strengthen the collaboration, the new showroom has been set up in India – India Sweden Innovations Accelerator (ISIA).

Surprisingly, the showroom planned to present over 20 Swedish innovative technologies, which have been introduced and filtered through the dedicated ISIA program. 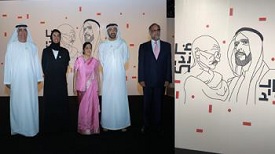 Sushma Swaraj, the External Affairs Minister has inaugurated a digital museum in Abu Dhabi. The digital museum shows the life, works, and philosophy of Mahatma Gandhi and the founder of modern UAE Shaikh Zayed.

The Gandhi-Zayed Digital Museum, which is designed to promote peace, tolerance and sustainability, is a part of the celebrations to mark 150th birth anniversary of Mahatma Gandhi and also marks the birth anniversary of Shaikh Zayed. Ms. Swaraj visited the UAE for two days in the first week of December. During her visit, she has co-chaired the 12th session of the India-UAE Joint Commission Meeting.

The focus of the meeting was Economic and Technical Cooperation.

In the last decade, the two countries have become one of the largest trade partners of each other. The UAE is the sixth-largest source of Indian oil imports and hosts about 3.3 million-strong Indian community.

India and the UAE Tuesday signed two agreements as the outcome of the meeting. Currency swap agreement was the important one in these. Besides, Ms. Swaraj held exhaustive discussions with her counterpart Abdullah bin Zayed with the purpose to step up bilateral cooperation in areas like security, defence, counter-terrorism, trade, and energy. 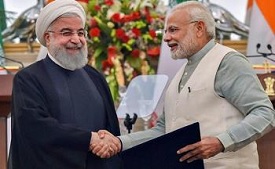 India and Iran has signed an agreement to pay for crude oil imports from the Persian Gulf nation in rupees. The Indian refiners will make rupee payments in the UCO Bank account of the National Iranian Oil Co (NIOC).

On November 5, 2018, US has re-imposed sanctions on the export of oil from Iran; however, US has allowed a few countries to import oil from Iran, India is one of them. India had won the exemption after it agreed to cut imports and escrow payments (payment through third party).

Through the US permission, India can export food grains, medicines and medical devices to Iran. On the other hand, India is allowed to import a maximum of 300,000 barrels of crude oil a day, from Iran.