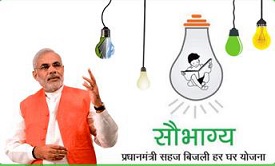 Saubhagya is a scheme described as ‘Pradhan Mantri Sahaj Bijli Har Ghar Yojana.’ The scheme was first launched in September, 2017. The major objective of the scheme was to provide access to electricity to all the remaining households across the country. 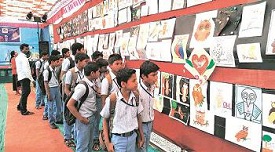 The country’s first owl fest has been celebrated at Pingori village located in Purandar taluka of Pune, Maharashtra. It was a two day festival held on November 29 and 30, 2018. The festival was organized by Ela Foundation.

Ela Foundation is an NGO working for nature education and conservation. Ela Foundation gives information on owl conservation in the forms of feature art such as pictures, paintings, lanterns, lamp shades, stitched articles, posters, poems, origami, and stories on owls.

Maharashtra government has given approval to 16% reservation in government jobs and education to Marathas community in the state.

The Bill is named as the “Maharashtra State Reservation (of seats for admission in education institutions in the state and for appointments in public services and posts under the state) for Socially and Educationally Backward Classes (SEBC) Act, 2018.

With this reservation, the caste based reservation quota has reached 68 percent from the existing 52 percent in the Maharashtra state. The state has about 32 percent population of Maratha community.

Such reservation to the Maratha community has been granted on the basis of the report submitted by the Maharashtra State Backward Class Commission (MSBCC). The MSBCC has declared the community as socially and educationally backward. 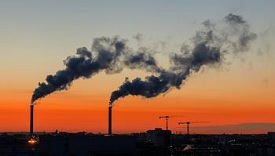 The National Green Tribunal (NGT) has fined Rupees 5 crore on the West Bengal Government for not complying with its directive (given two years back) to improve air quality in Kolkata and Howrah.

Besides, the NGT Eastern Zone bench has instructed West Bengal Government to deposit the fine amount within two weeks of the order to the Central Pollution Control Board. However, if government fails to do so, then it will have to pay an additional amount worth of Rupees 1 crore as fine for every month’s delay.

In its order, the NGT had recommended the West Bengal Government on introducing an alternative mechanism i.e. to put a lid on high number of polluting diesel vehicles running in the twin cities of Kolkata and Howrah. Besides, it also asked to introduce remote sensing device (RSD) to monitor smoke emission and to increase the number of computerized air monitoring stations. 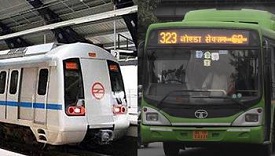 Government of Delhi has launched a common mobility card with the tagline of ‘One Delhi One Ride.” With this new card, Delhi commuters can now travel in metro and buses; without a need to buy separate card or ticket.

Interestingly, the commuters would have a 10 percent discount on the card ‘One.’ The Delhi commuters can buy this ‘One’ card from any metro station or DTC pass counters.

The amount for recharging these cards will remain the same i.e. Rs. 200 as the minimum recharge value and Rs. 50 as the security fee on the card; however, the basic design of the ‘One’ card has changed. 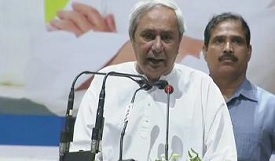 The objective of this program is to ensure transparency and awareness on various government schemes. The program is also destined to provide different social benefits at the individual level.

Under the scheme, every month, the best panchayat in each Block will be given INR 5 lakh with the objective to organize PEETHA. Upon the completion of camps, the best panchayats (based on the performance) in each district will be awarded at the district Level. 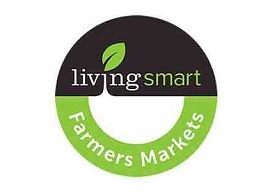 More than 49 companies have signed a Memorandum of Understanding (MoU) with Maharashtra government to improve the agricultural market and farmers’ status in the state.

Major companies involved in this project are Amazon, ITC, Tata Group, and Patanjali. The name of project is ‘State of Maharashtra’s Agribusiness and Rural Transformation.’

In addition to this, World bank is also assisted to revamp the agricultural value chain and improve the price realization for the farmer.

The remaining INR 70 crore has been raised by Village Social Transformation Foundation (VSTF).

Likewise, the project SMART will support the value addition in post-harvest segments. It will further facilitate enterprise promotion and business investment for the Community-based organizations.

The Kannur International Airport (KIAL) is inaugurated on December 9, 2018. The chief guests who came for this inauguration were the Union Minister for Civil Aviation Suresh Prabhu and Kerala Chief Minister Pinarayi Vijayan.

Arunachal Pradesh created its 23rd district namely ‘Shi Yomi.’ The formal inauguration of Shi Yomi as district has been carved out of the West Siang district. The new district consists of four circles namely Mechuka, Pidi, Tato and Monigong.

On August 9, 2018, the Arunachal Pradesh Assembly had passed a bill for the creation of three new districts namely, Pakke-Kesang, Lepa Rada, and Shi Yomi.

10 - UP Government Announced to Set Up an Umbrella University 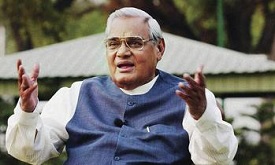 The Uttar Pradesh Government has announced to set up an umbrella university, which will control all the medical and dental colleges and nursing institutions in the state. And, this umbrella university will be named after the name of former Prime Minister late Atal Bihari Vajpayee.

The decision has been taken in a cabinet meeting headed by Chief Minister Yogi Adityanath. As per the report, such decision of having an umbrella university will be very helpful in regulating and controlling the quality of medical education in the State. 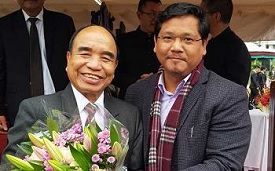 Mizo National Front (MNF) chief Zoramthanga has taken oath as the chief minister of Mizoram for the third time in 20 years.

Zoramthanga, who was a former rebel leader, but later turned politician, had served as Mizoram CM for two terms i.e. from 1998-2008. However, in 2018 election, his party (MNF) had swept the polls by winning 26 of the 40 seats.

Surprisingly, the ruling party Congress, which had grabbed 34 seats in the 2013 elections, was reduced to only five seats.

12 - Kamal Nath Sworn in as Chief Minister of Madhya Pradesh 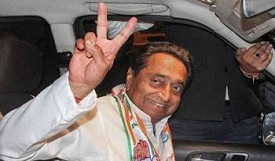 After the victory of Congress in Madhya Pradesh, the senior congress leader, Kamal Nath sworn in as the 18th Chief Minister of the state. Governor Anandiben Patel administered the oath of office of Kamal Nath.

Kamal Nath, who has held several portfolios in the Union cabinet, was appointed the Madhya Pradesh Congress Committee president with assignment to steer the party to win the November assembly elections. Out of the 230 seats, Congress won 114 seats. 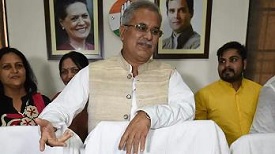 After the landslide victory of Congress in Chhattisgarh Assembly election, Bhupesh Baghel sworn in as the 3rd Chief Minister of the state. Governor Anandiben Patel administered the oath of office.

Mr. Baghel, who took the charge as Congress State president after 2013 Assembly polls, was credited for the massive victory of the party in the recent Assembly polls. In the Assembly elections, Congress won 68 seats out of a total of 90 seats. 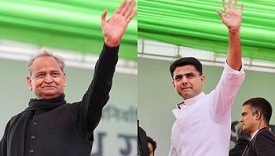 Senior congress leader Ashok Gehlot has taken oath as Rajasthan’s new Chief Minister. Sachin Pilot has sworn in as the deputy chief minister of the state at Jaipur's Albert Hall. The Governor of Rajasthan, Kalyan Singh administered the oath of office to Gehlot and other ministers.

Several leaders from the Congress and its alliance partners from all over the country attended the ceremony.