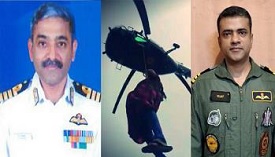 Indian Navy Pilots Commander Vijay Varma and Captain P. Rajkumar have been awarded "Asian of the Year" award, jointly. They have been given this award for their heroic rescue work and the courageous conduct in the face of natural calamity that they did during the Kerala floods.

The Singapore Press Holdings Ltd, the English-language flagship (and most read newspaper) in Singapore, announced this award.

Varma and Rajkumar had been rescued a number of people during the Kerala floods which wrecked the state in the months of July and August 2018. Both of them were addressed for rescuing people by lifting them up from rooftops and elsewhere in Kochi. Mr. Rajkumar surprisingly, lift a wheel-chair bound pregnant woman. Former World and Olympic champion (2008 Olympics gold-medalist) Abhinav Bindra has been given the Blue Cross and Diploma of Honour in appreciation of “exceptional services’’ to the sport.

The Blue Cross is the highest recognition that was conferred by the parent body of international shooting, the ISSF. 36-year old Mr. Bindra is the first Indian who has been received the Blue Cross honor.

This honor is given for outstanding contribution to the sport of shooting. 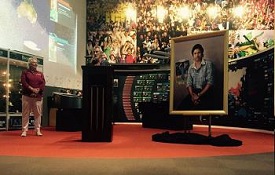 The captain of Indian Cricket team, Mr. Virat Kohli, has received a special honor as a signed jersey that he donated after scoring his maiden hundred in the fourth Test at the SCG during India's tour of Australia in 2014-15 has been placed next to Sachin Tendulkar's portrait at the Bradman Museum.

The Bradman Museum exclusively designed to celebrate Sir Don Bradman's contributions to world cricket. Besides, the museum honors the greatest achievers of the cricket. Only a few special Indian cricketers such as the legendary Kapil Dev and Tendulkar have a memento celebrating their achievements placed at this iconic museum. The Museum is also known as 'The Home of Cricket Memories.' 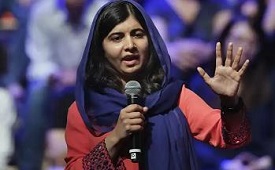 In 2014, Yousafzai became the youngest person to win the Nobel Peace Prize. She had been given this award for her global work supporting schooling for all children. When she was teen in her native country Pakistan, Taliban attempted to kill her; however, she somehow survived. Later, she set up the non-profit Malala Fund to support her work. 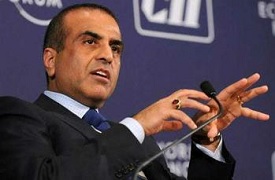 He was awarded this honor for his innovative entrepreneurship and contribution towards philanthropy in the field of education.

In 200 years’ history, Mr. Mittal is the first Indian who has been honored with this award in ESCP Europe. Founded in 1819, ESCP Europe is the world’s first business school. It was founded by a group of economic scholars and businessmen. 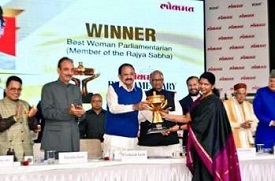 The DMK Member of Parliament Kanimozhi has won the Best Woman Parliamentarian (Rajya Sabha) award - 2018. Murali Manohar Joshi, the head of jury, selected her for the award and the award is presented to Ms Kanimozhi by Vice-President Mr. Venkaiah Naidu. The award was set up by Lokmat newspaper in 2018.

Muthuvel Karunanidhi Kanimozhi is an Indian politician, poet and journalist. She is a Member of Parliament, representing Tamil Nadu in the Rajya Sabha. She is the daughter of the former chief minister of Tamil Nadu Karunanidhi. 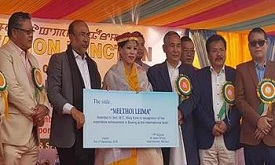 The Manipur Government has honored MC Mary Kom with the title of “Meethoileima” for her archetypal achievement in the field of boxing. The title “Meethoileima” can be roughly translated as “great or exceptional lady.” 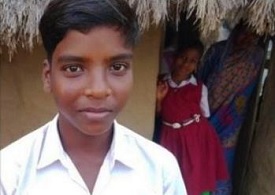 Situ Malik, a fifteen-year-old boy from Kendrapara district won the National Bravery Award by Prime Minister Narendra Modi. He won this award for exhibiting exemplary courage in saving his uncle from a crocodile attack.

While keeping a watch on their harvested paddy crop, a crocodile attacked on Binod Malik, but Situ who was also present there saved his paternal uncle from the jaws of an estuarine crocodile.

Situ is a Class-10 student of Basudebpur Vidyapitha at Kandira village. He will receive the coveted award from the Prime Minister on January 23, 2019. The award is instituted by Indian Council for Child Welfare. As per the report, the State Jharkhand will receive "Krishi Karman" award in the rice category. The award that carries a cash prize of Rs 2 crore and a citation will be given in February 2019.

Besides, two progressive farmers, i.e. one male and one female, would also be given 'Agriculture Minister's Krishi Karman Award. Each farmer will be given a cash prize of Rs 2 lakh and citation. Raghubar Das, the Chief Minister of State (Jharkhand) congratulated the state agriculture department and the farmers for such honors. 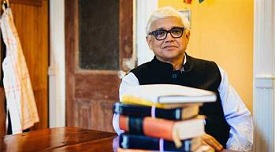 Well known English writer Amitav Ghosh has been honored Jnanpith Award of 2018. Jnanpth award is a literary award that is given to an author for "outstanding contribution towards literature." Born in Kolkata, West Bengal in 1956, the 62-year-old author lives in New York City, USA with his wife Deborah Baker.

Mr. Ghosh is one of the most prominent contemporary Indian writers and he is known for a series of novels.

Some of his popular novels are - Shadow Lines, The Glass Palace, The Hungry Tide, and the Ibis Trilogy -- Sea of Poppies, River of Smoke and Flood of Fire -- chronicling the opium trade between India and China run by the East India Company.