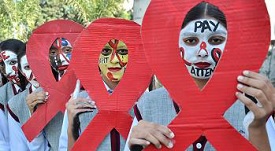 As per the report, an estimated 120,000 children and adolescents (aged between 0 and 19) were living with HIV in India in 2017, which is the highest number in the South-Asian region.

The report, which is prepared by UNICEF, further illustrated that an estimated number of children under 5 years old newly diagnosed with HIV was 43%, which is lower than the comparable estimate in 2010. Likewise, there is a decline greater than the 35% recorded globally. However, the report warned that by 2030, around 80 adolescents will be dying of AIDS every day provided if no strict preventive measure has been taken to stop the HIV transmission.

Further, the report mentioned that the number of HIV affected adolescents in Pakistan, was 5,800, followed by Nepal with 1,600 and Bangladesh with less than 1,000.

2 - With $80 Billion, India to Retain Top Position In Remittances 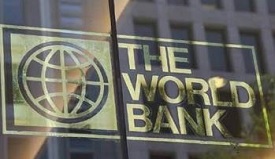 As per the report released by World Bank, India retains its position as the world's top recipient of remittances this year. The amount that India has received this year through its diaspora, is $80 billion. With this figure, India has retained its top spot in remittances in the world, the report is published in the World Bank's Migration and Development Brief.

However, with $ 67 billion, China has second rank; other important countries are Mexico and Philippines ($34 billion each) and Egypt ($26 billion). The World Bank estimates that officially-recorded remittances to developing countries will likely increase by 10.8 per cent and can be reached $528 billion in 2018.

As per the World Bank report - remittances have a direct impact and it greatly helps in alleviating poverty for many households. Therefore, World Bank is well positioned to work with countries to facilitate remittance flows.

In a Swedish think tank report, Russia has emerged as the world's second-largest arms producer after the United States. Russia has surpassed Britain, which had held second spot since 2002. Now, Russia became Europe's No. 1 arms maker.

The report publishing organization, Stockholm International Peace Research Institute, has reported in its annual report that on the world's top 100 largest armaments groups that the combined arms sales of Russian companies was $37.7 billion in 2017. In comparison to last year, it is 8.5 percent rise.

Though, this report includes both domestic and foreign sales around the globe, but did not include Chinese companies because of unreliable statistics. 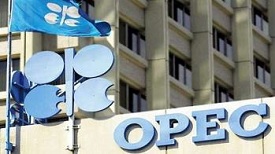 As per the Monthly Oil Market Report that was published by Organization of the Petroleum Exporting Countries (OPEC), global economic growth remains at 3.7 per cent for 2018 whereas for 2019, it is forecasted as 3.5 per cent.

However, OPEC report has slightly revised its forecast for Japan; so, as per the revised report, 1.0% decreased in 2018; however, the forecast for the year 2019 remains unchanged i.e. 1.1 percent.

5 - In the List of World's Fastest-Growing Cities, India Swiped All Top 10 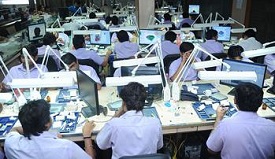 As per the report of Oxford Economics, the top 10 fastest-growing cities for economic growth in the world, Indian cities set to dominate over the next two decades.

Surat, which is a diamond processing and trading center in the western state of Gujarat, will be the fastest expansion through 2035 and hence ranked one. As per the report, by 2030, India will have some 25 million more financial and business services jobs. As a result of this rapid economic development, not only poverty will be reduced, but prosperity will also be high. 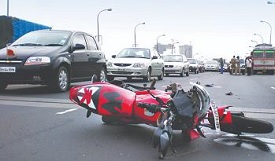 In terms of number of road fatalities across the world, India is ranked 1. As per the report published by the Global Status Report on Road Safety, India reported about 1.51 lakh road deaths in 2016. However, the toll or road deaths increased from 1.25 million to 1.35 million globally merely in the period of three years.

The World Health Organization (WHO) report says that the deaths because of road accidents is the leading cause of deaths especially for the children and young adults ranging between 5 and 29 years.

Report further said that there was no decrease in the deaths caused by road accident in any low income country between the period 2013 and 2016. However, in the middle and high income countries, road casualties reduced in the last three years.