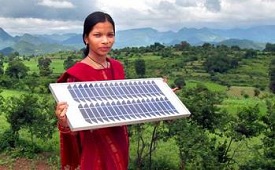 The 2018 Climate Vulnerable Forum (CVF) Summit is organized as a part of the Talanoa Dialogue. Talanoa Dialogue serves as an agreed mechanism for the promotion of enhanced national action (participated) by all nations party to the Paris Agreement by 2020.

Heads of State/Government and high-level representatives and other partners are invited to participate in the Summit. They are being expected to demonstrate intentions to raise ambition, including in relation to updating their national targets. 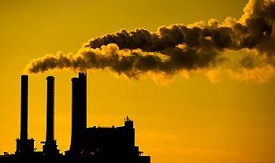 With its 7% contribution in global Carbon Dioxide (CO2) emission in 2017, India is ranked the fourth highest emitter in the world.

Likewise, these four (alone) covered 59% of total CO2 emission in the world and rest of the world collectively contributed 41%. Further, the report said that the CO2 emissions in India are expected to grow by a solid 6.3% in the year 2018 because of setting strong economic growth i.e. of around 8%/year. Secondly, in India, coal is still the major source of the Indian economy, which is also the largest source of CO2 emission. 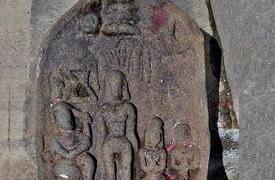 R. Shejeshwara, Assistant Director, Department of Archeology, Heritage and Museums, and Jagadeesh, historian, discovered the inscription during their field work undertaken in Harakere village of Karnataka. The dimension of newly discovered inscription is - 60 cm long and 15 cm wide, which found chiseled from a schist rock slab.

According to a new study, the Dracula ant (named Mystrium camillae), can snap its mandibles at the speed of up to 90 meters per second, which is more than 200 mph. Such movement feature made ant the fastest animal movement on record.

The tiny insects were discovered in 1994; since then, it remained as (relatively) mystery for the scientists. However, over a period of time, a group of scientists discovered many features of this insects.

A volcano located in central Indonesia has erupted. It has ejected columns of thick ash as high as about 7,500 meters (24,606 feet) into the sky.

The name of this volcano is Mount Soputan and it is located on the northern part of Sulawesi island, Indonesia.

Soputan, which measures 1,784 meters (5,853 feet) tall, is Indonesia’s one of the more than 120 active volcanoes. Indonesia is having hundreds of active volcanoes because it is located in the vicinity of the “Pacific Ring of Fire.”

The lives of 260 million people who are living in Indonesia are always at risk because of frequent earthquakes and volcanic eruptions.

Heavy rain and strong winds hit the southern India on 16 and 17 of December because of the depression over the Bay of Bengal and subsequent generation of cyclone Phethai. The major affected regions are coastal parts of Andhra Pradesh and Tamil Nadu.

Because of gush of winds and heavy rainfall, the temperature also decreased drastically. People are warned not go in the coastal part of the states.