1 - All 22 Languages for Government School Students 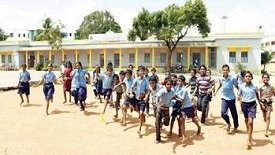 The Ministry for Human Resource Development (MHRD) has initiated ‘the Bhasha Sangam programme, under the 'Ek Bharat Shreshtha Bharat' project. Under the project, from November 20 to December 21, 2018, all government schoolchildren will be introduced to all 22 Indian languages mentioned in the Schedule VIII of the Constitution.

Every language has been given a date on which it needs to be introduced in the schools; for example, Assamese on November 20, Bengali on November 22, Bodo on November 26, Kannada on November 30, and so on.

While introducing the Bhasha Sangam programme in all the government schools across the country, the school authorities are instructed to familiarize students with five sentences of the language, which is scheduled for that date. The school authority will read out the sentences in the morning assembly asking the students to repeat the same.

As per the MHRD, such program is aimed to increase the linguistic tolerance, develop respect for other languages, and support of national integration.

Gandhi Smriti and Darshan Samiti (GSDS), which are functioning under the Ministry of Culture, Government of India have organized a 3-day ‘South Asia Regional Youth Peace Conference.’ The partners were UNESCO & MGIEP. The conference that was held at Gandhi Darshan, Rajghat, Delhi, was organized to mark the beginning of celebration of 150th birth anniversary of Mahatma Gandhi.

The chief guest for the inaugural session was the great grandson of Mahatma Gandhi, Mr. Shrikrishna G Kulkarni. The conference was destined on building a network for young leaders from South Asian countries specifically with the purpose −

And the Major work areas are: 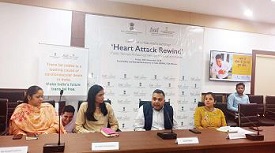 The Food Safety and Standards Authority of India (FSSAI) has launched a new mass media campaign to eliminate the industrially produced trans-fats available in the food supply. Such mission is first of its kind on a mass scale in India.

As per the data, trans fat intake causes more than 500,000 deaths only from cardiovascular disease, every year globally.

Therefore, “FSSAI has set target to reduce the industrially produced trans fatty acids to less than 2% by the year 2022.

Trans fats are usually made by adding hydrogen to liquid vegetable oils. Such mixture makes the oil more solid and increases the shelf life of the foods.

Trans fat are largely found in Vanaspati, margarine, and bakery shortenings, and can also be found in baked and fried foods. 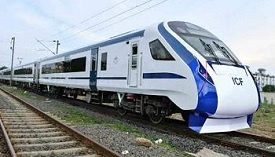 In its trail run, India’s first engine-less train, train 18 crossed the mark of 180 km/hour. So, the report says that once the train 18 will be in operation, it would be the fastest running train of India.

The Train 18 crossed the 180 kmph speed limit while crossing the Kota-Sawai Madhopur section. However, as of now, Gatimaan Express, which runs at the speed of 160 km/hour, is the fastest train in India.

The major trials are now over, as of now, no major technical problem has been noticed. Officials in the Indian Railways affirmed that the train 18 holds the capability of reaching the top speed of 200 kmph provided that the tracks and signal system work in tandem.

With 16 coaches, the train will have the same carrying capacity (in terms of number of passengers) as that of the Shatabdi Express. 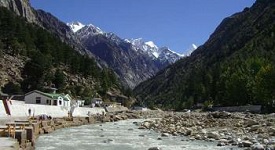 The Centre has included Gangotri and Yamunotri (located in Uttrarakhand), Amarkantak (located in Madhya Pradesh) and Parasnath (located in Jharkhand) under a central scheme to develop major pilgrimage and heritage destinations in the country.

With such inclusion, the number of sites under PRASAD, has now become 41, located across 25 states of India.

It stands for the Pilgrimage Rejuvenation And Spiritual Heritage Augmentation Drive. The scheme was launched in 2014-15. 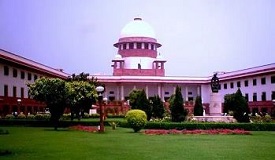 The Supreme Court of India has approved a witness protection regime in the country. The honorable court observed that one of the main reasons for witnesses turning hostile is that they are not given security by the State.

A Bench comprising of Justice A.K. Sikri and Justice S. Abdul Nazeer said that Witness Protection Scheme, 2018 will come into effect immediately across all States of India.

Further, the Apex court said that the scheme, which aimed to enable a witness to depose fearlessly and truthfully, would be the law of the land until Parliament enacted a suitable legislation. 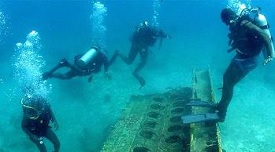 India will soon get its first underwater museum off the Puducherry coast. It will a great boost to tourism in the Union territory.

As per the report, INS Cuddalore, a minesweeper decommissioned in March after travelling 30,000 nautical miles in last 30 years. Now, it is planned to turned it into an underwater museum.

The Navy has agreed to gift the vessel to promote tourism in Puducherry. So, the minesweeper will be deployed in the seabed i.e. 7 km off Puducherry coast at a depth of 26 meters. This 60-metre long and 12-metre wide vessel is unquestionably going to be a popular destination for scuba diving and snorkeling. 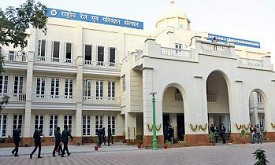 Railway Minister Piyush Goyal along with the Gujarat Chief Minister Vijay Rupani has inaugurated India’s very first dedicated Railway University at Vadodara. Though it is India’s first railway university, it is third such university in the whole world, after those in Russia and China.

The inaugural batch of the university, who have taken admission this year (2018), has been given a 50% scholarship in the annual course fee of Rs 75,000 by the government.

However, without the scholarship, the total fee is Rs 91,000 for one academic year (it also includes all other charges). 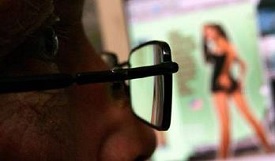 Jammu and Kashmir has become the first state in India to have a law explicitly banning sexual exploitation of woman. The sexual exploitation especially by those in positions of authority, having a fiduciary relationship or by a public servant is now banned.

However, an eminent lawyer and human rights activist, Deepika Singh Rajawat, said that instead of having more laws on sexual exploitation, there is a need to effectively implement the existing laws.

In an advance move, Pune district court administration has started an e-payment facility. The court located in Shivajinagar district will commence such facility to bring transparency to cash transactions.

With such facility, the first time in India that the practicing lawyers and litigants can now pay various sorts of court fee online. The facility will be available into the clerical offices in the court and civil lawyers. The litigants can pay their court fees, and various other fines, penalties, judicial deposits, rent, maintenance, etc. online. The court administration informed that the e-payment facility will be available on its official website - https://pay.ecourts.gov.in/epay/

India’s largest cancer institute, the National Cancer Institute (NCI) has been inaugurated at Haryana’s Jhajjar area. The 710-bed hospital opened its OPD services about five years after its foundation stone, which was laid by the then prime minister Manmohan Singh in 2014. However, the hospital is expected to be fully operational by the end of 2020.

Major purpose behind this big hospital is to strengthen the research program and also bring down the patient load at All India Institute of Medical Sciences’ (AIIMS) cancer centre. This cancer institute has been modelled after United States’ National Cancer Institute (NCI).

Further, it is developed as the premier institute for all activities related to cancer in the country. The institute also would have linkages with all regional cancer centres. 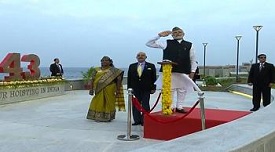 The New Names are: