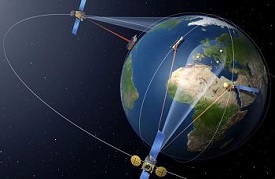 A Chinese internet technology firm recently revealed its plan to launch a constellation of 272 satellites by the year 2026 with the objective to provide free WiFi service worldwide.

Founded in 2013 in Shanghai, China, LinkSure Network markets itself as a global innovative mobile internet company. The specialty of this company is – it provides free internet access, content, and location-based services on its registered website.

As per the report, LinkSure Network will launch its satellite from Jiuquan Satellite Launch Centre located in Northwest China's Gansu province by next year. By 2020, it will be launching 10 satellites into the space and by 2026, there would be a constellation of 272 satellites in the space.

Users can use their mobile phones to search for internet services provided by the constellation and can browse the internet. With such satellites based internet facility, people can access internet facility even in regions where telecom networks do not cover.

Civil Aviation Minister Suresh Prabhu has announced launching of a new portal named as ‘Digital Sky.’ This portal will facilitate drone operators to register online. On this portal both pilots and owners of the drones can now register to operate drone. This facility is made available from December 1, 2018.

Under these norms, drone users will be required to follow the procedure of one-time online registration of their drones. Besides, they also need to register the pilots of drones along with their owners.

Nano drones can start flying legally; however, for drones of micro size and above categories, operators are first required to register on this new Digital Sky portal. 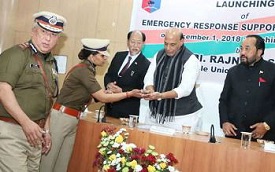 Home Minister Rajnath Singh has announced a PAN-India single-number emergency mobile app. This app will have a special women safety feature to get immediate assistance from police and local volunteers.

While launching a new technology in Kohima (capital of Nagaland – north-east state), Mr. Singh said that 'SHOUT' feature has been made available exclusively for women in the '112 India' mobile app.

This app will be connected to the Emergency Response Support System (ERSS). With this facility, Mr. Singh said that, women in distress will able to seek immediate assistance from the nearby registered volunteers as well as from Emergency Response Centre. 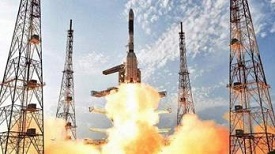 Elon Musk-led SpaceX’s Falcon 9 rocket has been launched from the Vandenberg air force base located in California, USA. The rocket was carrying total 64 satellites picked up from 17 different countries.

Under the part of Digital India Program, GSAT-11 is launched to boost the broadband connectivity to rural and inaccessible Gram Panchayats in India. It is covered under the Bharat Net Project.

The launch vehicle Ariane 5 VA-246 lifted off from Kourou Launch Base in French Guiana at 02:07 am (IST). The satellite had the load of India’s GSAT-11 and South Korea’s GEO-KOMPSAT-2A satellites. Along with Soyuz and Vega, Ariane 5 is one of three launch vehicles operated by Arianespace. 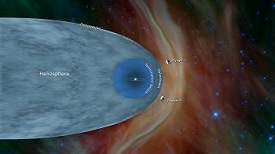 Surprisingly, from such a distance, the mission operators still can communicate with Voyager 2 as it enters this new phase of its journey. However, the information – moving at the speed of light – takes about 16.5 hours to travel from the spacecraft to Earth. On the other hand, comparatively, light traveling from the Sun takes about eight minutes to reach on the Earth. 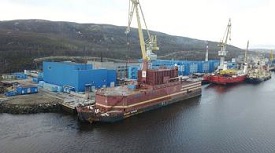 The world's first "floating" nuclear power plant (FNPP) namely Akademik Lomonosov has been installed in remote part of Russia. As per the report, FNPP has started and brought to 10 per cent of its capacity.

Smartly designed FNPP is a mobile, low-capacity reactor unit. Its beauty is – it is operable in remote areas, which is isolated from the main power distribution system, or in places even hard to access by land.

On top of this, it is designed to maintain both uninterruptible power and plentiful desalinated water supply in remote areas.

8 - India's IDRSS to Be Satellite Communication Hub In Space 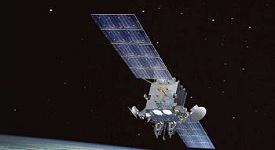 According to the ISRO report, as part of its proposed manned space mission, India soon will launch the Indian Data Relay Satellite System (IDRSS). It will improve data relay and communication links with its remote sensing/earth observation satellites.

The two-satellite IDRSS will maintain unceasing communication link with India's remote sensing/earth observation satellites. It will also set up link with the Geosynchronous Satellite Launch Vehicle Mark III (GSLV Mk III), which is planned to carry three Indian astronauts to the space in 2022. The two IDRSS satellites will be placed in geostationary orbit, which will enable satellite to satellite communication and transfer data.

IDRSS will be like a hub, as it is capable to receive the commands from the ground stations and in turn relay the same to other satellites. Besides, IDRSS can also monitor a rocket from the same time it lifts off from the launching pad. 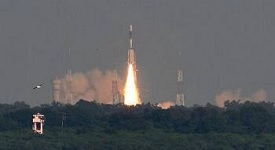 The satellite is designed to add a new space-based dimension to the way Indian Air Force interlinks, which the air force frequently operates and communicates with its aircrafts when they fly. GSAT-7A is the first satellite that primarily launched for the Indian Air Force to qualitatively unify its assets and improve combined, common intelligence during the operations.