To reduce the carbon emission, European Union has come up with new scheme of encouraging every government, business person, region, and individual (citizens) to participate in its mission.

As per the report, European Union has said that at the current rate of reducing the level of carbon emissions into the environment, by 2050, it would be able to reduce only 60 percent. Therefore, EU came up with a new scheme under which governments, businesses, individuals, and regions have been requested to assist in reducing carbon emission into the environment. By doing this European Union may become carbon neutral by 2050.

Moreover, the fact is - European Union with its 28 members together form one of the world’s biggest and hence most polluting economies; therefore, now very keen to play its major part to become the first major world player to be “climate neutral". 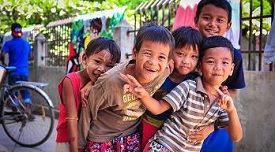 A report by ReThink Orphanages discovered the fact that more than 57% of Australian universities advertise orphanage placements, with 14% of Australian schools visiting, volunteering or fundraising for institutions abroad.

According to the US State Department, "many orphanages use children to raise funds by forcing them to perform shows for or interact and play with potential donors to encourage more donations".

In addition to this - Lumos said that even in the most well-managed orphanages, children are often unable to thrive due to the institutional environment, harming their development.

Report estimated that about 80% of children living in the world's orphanages have at least one living parent. However, in many cases, they have been lured to the orphanages to attract volunteers.

After this finding, Australia's legislation is going to help to take orphanage trafficking out of the shadows and will put it in the spotlight on the global stage. Besides Australia, other countries may also adopt similar measures and ensure their own anti-slavery legislation to protect against this heinous type of child trafficking. 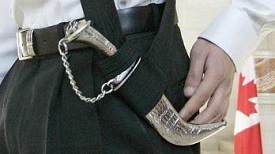 The All Party Parliamentary Group (APPG) for British Sikhs led a delegation to the UK Home Office to ensure that the Kirpan should be exempted in the new bill (namely Offensive Weapons Bill 2018), which is going to be law soon.

The Members of the House of Commons have completed their reading of the new bill namely ‘The Offensive Weapons Bill 2018” and passed to the House of Lords for the final approval. The bill exclusively involves a new offence of possessing certain types of offensive weapons in public places. It also includes a new restriction on the online sales of bladed articles and corrosive products. 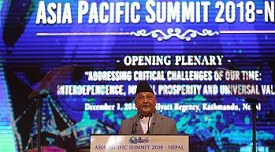 The theme of this two-day Summit was –"Addressing the Critical Challenges of Our Time: Interdependence, Mutual Prosperity, and Universal Values".

Mr. H. D. Deve Gowda, the former Prime Minister of India said that terrorism and climate change are the biggest challenges of today's world. According to him e - terrorism makes no distinction between the borders, genders or religions. Further he emphasizes that the magnitude of such threat multiplies when terrorism is state sponsored.

On the other hand, K.P. Sharma Oli, Nepal's Prime Minister said that the world continues to reel under the adverse impacts of climate change, natural and man-made disasters, and terrorism. Therefore, in order to attain the global peace and harmony, he emphasizes the active partnership between governments and private sectors and other social groups. 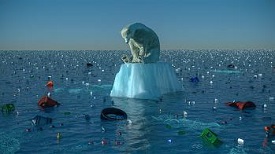 As per the report, the developed countries are committed to increase combined annual public and private spending to USD 100 billion in developing countries by 2020 with the exclusive objective to fight the impact of climate change. Last year, this investment figure was USD 56.7 billion.

Australia overtook Qatar and has become the world’s largest exporter of liquefied natural gas (LNG) for the first time in November, 2018. In the last three years, the number of Australian exports projects started that heightened the LNG export.

In November 2018, Australia exported 6.5 million tons of LNG; whereas Qatar exported over 6.2 million tons, and came down to second rank. However, as per the news, Qatar, of course, will respond and likely launch some new project to improve its production and export to regain its first position.

With a figure of USD 184 trillion, the global debt has reached an all-time high. The top three countries namely United States, China, and Japan alone account for more than half of total debt. IMF said that the most indebted economies in the world are also the richer ones. 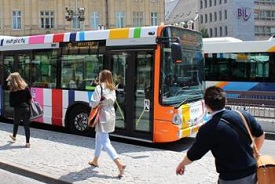 Luxembourg in its landmark announcement is set to become the first country in the world to make all its public transport free. As per the report, fares on trains, trams, and buses will be lifted from the next summer.

This plan is introduced by the re-elected coalition government led by Xavier Bettel. Mr. Bettel has sworn in for his second term as prime minister of the country. However, the report also says that Luxembourg City, the capital of Luxembourg, suffers from some of the worst traffic congestions in the world.

Though the country has a total of 600,000 inhabitants, a near about 200,000 people living in France, Belgium, and Germany cross the border every day to work in Luxembourg. 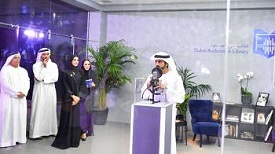 Hamdan bin Mohammed bin Rashid Al Maktoum, the Dubai Crown Prince, has launched the largest Arabic Audio Library. This audio library is unique of its kind and largest in the world. The Dubai Audio Library targets a seven million visually challenged people in the Arab World.

It was an initiative undertaken by the Roads and Transport Authority (RTA) in collaboration with the country’s eminent website Bookshare.org. The RTA plans to provide 300,000 books in Arabic language. There are more than 10,000 volunteers who will convert Arabic books into digital format.

Such instruction will be applicable to Nepalese laborers working in India as well as Indian tourists visiting Nepal. 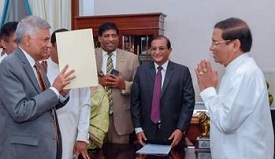 Ranil Wickremesinghe has again taken an oath as the Prime Minister of Sri Lanka. The ongoing controversy ended with the resignation of the current Prime Minister Mahinda Rajapaksa. Mahinda Rajapaksa was appointed as the PM by the President Maithripala Sirisena just two months ago (i.e. on October 26, 2018). His appointment was a controversial move of President Sirisena, as he removed Wickremesinghe to make him PM.

But the system took a ‘U’ turn, when the Supreme Court unanimously declared that the dissolution of the Parliament by President Sirisena was illegal. After the Supreme Court’s decision, the leader of United National Party (UNP), Wickremesinghe reinstated his post.