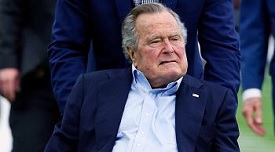 Former U.S. President George H.W. Bush, has died at the age of 94. He was the 41st President of the United States. He served White House from 1989 to 1993. Mr. Bush is known for Cold War and routing out Saddam Hussein’s Iraqi army.

He was the father of former President George W. Bush (Junior), who served two terms as the President of the United States i.e. from 2001 to 2008. The second son of Senior Bush John Ellis "Jeb" Bush is also an American politician. He served as the 43rd Governor of Florida state for the period 1999 to 2007.

Comic-book writer and Marvel comics creator Stan Lee has died because of cardiac arrest brought on by respiratory and congestive heart failure. He was 95 years old.

He is largely known for co-creating superhero characters namely Spider-Man, Iron Man and The Hulk. 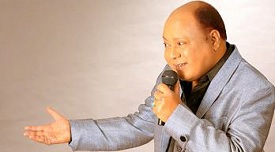 Veteran singer Mohammed Aziz has died because of cardiac arrest. He was 64 years old.

Mohammed Aziz has sung more than 20,000 songs in different languages including Bollywood song (i.e. in Hindi), Bengali, and Odia song. Besides, he has also recorded several devotional Bhajans and Sufi songs.

He made his film debut with a Bengali film namely Jyoti. Later he got a break in Bollywood when music director Anu Malik asked him to sing the song Mard Taangewala for Amitabh Bachchan's for the movie Mard.

4 - The Agriculturalist Jayaraman Passes Away 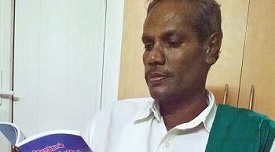 The eminent agriculturalist Jayaraman has died in Chennai, Tamil Nadu. He was the pioneer of the protection and propagation of indigenous paddy varieties in Tamil Nadu.

Jayaraman has been credited for his work of documenting and protecting more than 170 paddy varieties. His industrious work in the field of protecting the gene prototypes of indigenous paddy varieties facilitated him a state award in 2011 and the National Award in the year 2015. 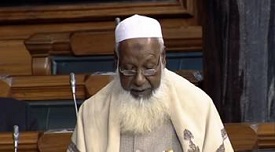 Maulana Asrar-ul-Haque Qasmi, the noted Islamic scholar and Congress Member of Parliament (Lok Sabha), has passed away because of heart attack. He was 76-year old. 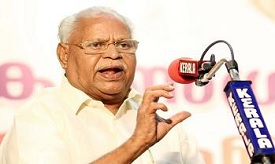 Senior Kerala Congress leader and former Kerala Minister C.N. Balakrishnan has died in Kochi, Kerala because of pneumonia. He was 87-year old. It was in 2011, when Balakrishnan first contested the polls and became the Minister of Co-operation, Khadi and village industries in the Oommen Chandy’s cabinet.

He has contested in the polls from the Wadakkanchery constituency. CN Balakrishnan was also the front ranking volunteer and leader of the library movement in Kerala state. 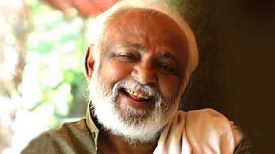 Thoppil Ajayan, the National award winning Malayalam film director, has died because of the severe illness. He was 66 years old.

He won the laurels for his only feature film "Perumthachan" (The Master Carpenter). The movie also received Ajayan the Indira Gandhi Award for Best Debut Film of a Director and Kerala State Film Award for Best Debut Director in the year 1990. Besides, the movie was also nominated for the Golden Leopard award at the Locarno International Film Festival in 1992. 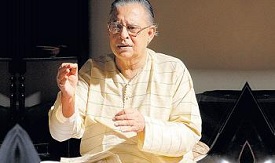 Legendary classical singer Pandit Arun Bhaduri has passed away at a city hospital because of prolonged illness. He was 75 years old and suffering from chronic obstructive pulmonary disease and other respiratory ailments.

Chief Minister Mamata Banerjee has expressed her grief over the demise of Pandit Bhaduri. He was a master of Bengali songs and Bhajans. He was guru at the State Sangeet Academy. In 2014, he had received ‘Banga Bibhusan Award.’

Dr. Geeta S. Iyengar, a noted exponent of the yogic science in her own right, has passed away at her residence. She was 74 years old. Geeta Iyengar was the eldest daughter of legendary Yoga guru, B.K.S. Iyengar.

Ms. Iyengar began imbibing the precepts of yoga from her father at a tender age. She was running the Ramamani Iyengar Memorial Yoga Institute (RIMYI) along with her brother Prashant. Her famous book ‘Yoga: A gem for women’ became the primer for women across the world. This book was translated into half-a-dozen European languages.