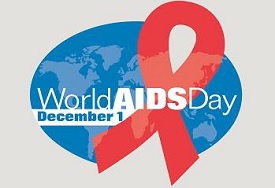 On 1 December, 2018, the World AIDS day was observed globally to express support for the people living with HIV, and also to commemorate those people who have died from an AIDS-related illness. Theme of this year was “Know Your Status.”

This year was marked as the 30th anniversary of World AIDS Day, as the first World AIDS Day was initiated by World Health Organization (WHO) in 1988 with the objective of global health campaign. 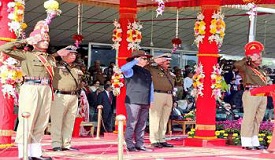 On 1 December 2018, the Border Security Force (BSF), the guards of Indian borders with Pakistani and Bangladeshi counterpart celebrated its 54th Raising Day.

Vice President as well as Home Minister have greeted all personnel of Border Security Force and their families on the occasion of raising day. In his tweet, Mr. Venkaiah Naidu, the Vice President said -

“I join the nation in thanking India’s first line of defence for their service to the nation and I salute their courage, bravery, hard work and dedication.” 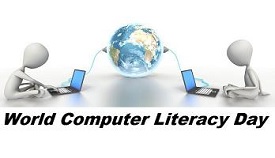 On 2 December 2018, World Computer Literacy Day was observed with the objective to “create awareness and drive digital literacy in underserved communities worldwide”. World Computer Literacy Day was first launched by Indian computer company NIIT. It was launched in the response of a research, which illustrated that the majority of computer users were men around the world. So, its emphasis is to encourage the development of technological skills, specifically among women and children in India.

4 - 2 December 2018 - International Day for the Abolition of Slavery 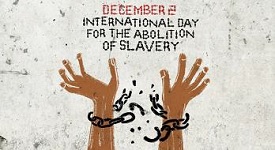 On 2 December 2018, International Day for the Abolition of Slavery observed globally. It is organized by the United Nations General Assembly. First time it was celebrated in 1986.

Its focus is to end all sorts of slavery including forced marriage, sexual exploitation, trafficking of persons, and recruitment of child labor. 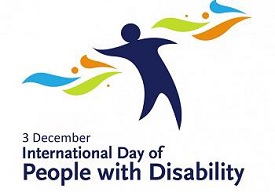 The objective of celebrating such Day is to promote an understanding of disability issues and mobilize support for the dignity, rights and well-being of persons with disabilities.

Furthermore, it also designed to increase awareness of gains to be derived through the integration of persons with disabilities in every aspect of political, social, economic and cultural life. 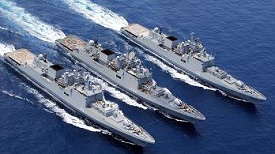 On 4 December 2018, Navy Day was celebrated in India in the memory of the launch of Operation Trident. The Operation Trident was launched during the Indo-Pak war in 1971. It was marked in reverence to those personnel who were martyred in the war.

In addition to this, on the eve of the Navy Day, the Navy also organized a Beating Retreat and Tattoo Ceremony at the Gateway of India, Mumbai.

On 5 December 2018, World Soil Day was observed with the objective to stop soil pollution. World Soil Day is celebrated on the 5th of December every year at the Food and Agriculture Organization of the United Nations (FAO) headquarters in Rome, Italy - the regional offices and through national and local events.

Soil pollution is largely invisible and seems far away but everyone, everywhere is affected. As per the data, one third of our global soils are already degraded and we risk losing more due to various hidden dangers. With a growing population expected to reach 9 billion by 2050, soil pollution is a worldwide problem. In fact, the soil pollution not only degrades the soil quality, but also poisons the food we eat, the water we drink and the air we breathe.

It is viewed as a unique chance for volunteers and organizations to celebrate their efforts, with the objective to share their values, and to promote their work among their communities and various other stakeholders including non-governmental organizations (NGOs), United Nations agencies, government authorities, and the private sector.

“Working Together to Ensure No Country is Left Behind.” 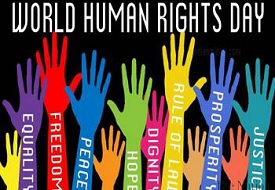 This date was chosen to honor the United Nations General Assembly's adoption and proclamation, on 10 December 1948, of the Universal Declaration of Human Rights (UDHR). It was the time when first global proclamation of human rights is accepted unanimously. It was one of the first major achievements of the newly constituted United Nations.

Source: it is taken from the Official website of the United Nations.

On 14 December every year, National Energy Conservation Day is celebrated nationwide by the Bureau of Energy Efficiency (BEE), Government of India. The objective of such celebration is to drive mass awareness about the importance of energy efficiency and conservation.

In addition to this, BEE recognizes and encourages endeavors of those industries, which are sincerely making efforts to reduce the level of energy consumption. BEE honors them National Energy Conservation Awards. BEE also gives prizes to the national winners of the annual National Painting Competition on Energy Conservation.

This day is celebrated in many countries, intergovernmental and non-governmental organizations across the world. It is celebrated through the dissemination of information on human rights and fundamental political freedoms of migrants. On this occasion people also share their experiences and the design actions to ensure the protection of migrants. 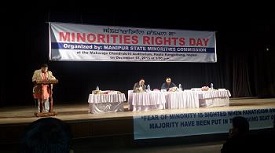 On 18 December of every year, Minorities Rights Day is celebrated nationwide. by the Bureau of Energy Efficiency (BEE), Government of India. On this occasion, various seminars are organized to discuss the current status of the minorities. Besides, they also discuss how to uplift the group of minorities who are marginalized.

The day is celebrated with the objective to promote the actual and legal rights of Minority communities. The truth in India is - employment opportunities, educational upliftment and financial inclusion are the major areas wherein minorities are marginalized. On the other hand, for overall development of the country, it is mandatory to provide them proper opportunity with appropriate guidance and support.

On 20 December of every year, International Human Solidarity Day is celebrated by United Nations General Assembly. The objective of this celebration is to remind people on the importance of solidarity in working towards eradicating poverty.

By a resolution, the General Assembly, on 20 December 2002, established the World Solidarity Fund. In 2003, it was set up as a trust fund of the United Nations Development Programme. The major objectives are to eradicate poverty and promote human and social development in developing countries, specifically among the poorest segments of their populations.