Consider the wave at any instant, which can be viewed in both the vectors. The following figure shows the representation of electric and magnetic field components in an Electromagnetic wave. 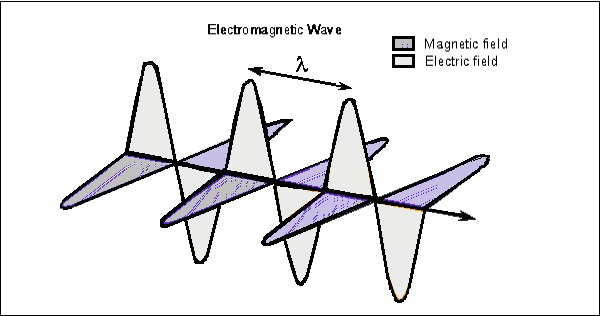 The electric wave is present vertical to the propagation of EM wave, while the magnetic wave is horizontally located. Both the fields are at right angles to each other.

Poynting vector describes the energy of the EM Wave per unit time per unit area at any given instant of time. John Henry Poynting first derived this vector in 1884 and hence it was named after him.

“The energy that a wave carries per unit time per unit area is given by the Poynting vector.”

Poynting vector is represented by Ŝ.

The SI unit of Poynting vector is W/m2.

The quantity that is used to describe the power associated with the electromagnetic waves is the instantaneous Poynting vector, which is defined as

The important point to be noted here is that the magnitude of E is greater than H within an EM wave. However, both of them contribute the same amount of energy. Ŝ is the vector, which has both direction and magnitude. The direction of Ŝ is same as the velocity of the wave. Its magnitude depends upon the E and H.

Let us imagine that an EM Wave, passes an area (A) perpendicular to the X-axis along which the wave travels. While passing through A, in infinitesimal time (dt), the wave travels a distance (dx).

Therefore, Energy transferred in time (dt) per area (A) is −

The above equation gives us the energy per unit time, per unit area at any given instant of time, which is called as Poynting vector.