A person, who needs to convey a thought, an idea or a doubt, can do so by voice communication.

What is an Antenna ?

An Antenna is a transducer, which converts electrical power into electromagnetic waves and vice versa.

An Antenna can be used either as a transmitting antenna or a receiving antenna.

Antenna can also be termed as an Aerial. Plural of it is, antennae or antennas. Now-adays, antennas have undergone many changes, in accordance with their size and shape. There are many types of antennas depending upon their wide variety of applications.

Following pictures are examples of different types of Antennas. 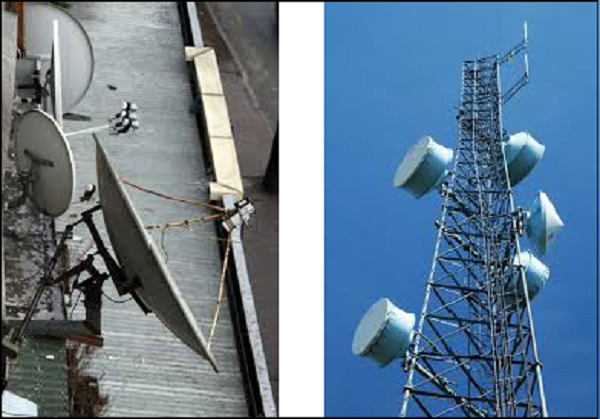 In this chapter, you are going to learn the basic concepts of antenna, specifications and different types of antennas.

In the field of communication systems, whenever the need for wireless communication arises, there occurs the necessity of an antenna. Antenna has the capability of sending or receiving the electromagnetic waves for the sake of communication, where you cannot expect to lay down a wiring system. The following scenario explains this.

In order to contact a remote area, the wiring has to be laid down throughout the whole route along the valleys, the mountains, the tedious paths, the tunnels etc., to reach the remote location. The evolution of wireless technology has made this whole process very simple. Antenna is the key element of this wireless technology. 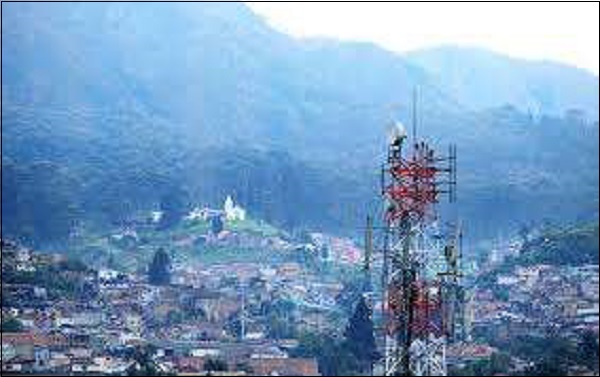 In the above image, the antennas help the communication to be established in the whole area, including the valleys and mountains. This process would obviously be easier than laying a wiring system throughout the area.

A conductor, which is designed to carry current over large distances with minimum losses, is termed as a transmission line. For example, a wire, which is connected to an antenna. A transmission line conducting current with uniform velocity, and the line being a straight one with infinite extent, radiates no power.

For a transmission line, to become a waveguide or to radiate power, has to be processed as such.

This can be well understood by observing the following diagram −

The above diagram represents a waveguide, which acts as an antenna. The power from the transmission line travels through the waveguide which has an aperture, to radiate the energy.

Antennas may be divided into various types depending upon −

Following are the types of antennas according to the physical structure. You will learn about these antennas in later chapters.

Following are the types of antennas according to the frequency of operation.