To improve the radiation efficiency and directivity of the beam, the wave guide should be provided with an extended aperture to make the abrupt discontinuity of the wave into a gradual transformation. So that all the energy in the forward direction gets radiated. This can be termed as Flaring. Now, this can be done using a horn antenna.

The energy of the beam when slowly transform into radiation, the losses are reduced and the focussing of the beam improves. A Horn antenna may be considered as a flared out wave guide, by which the directivity is improved and the diffraction is reduced. 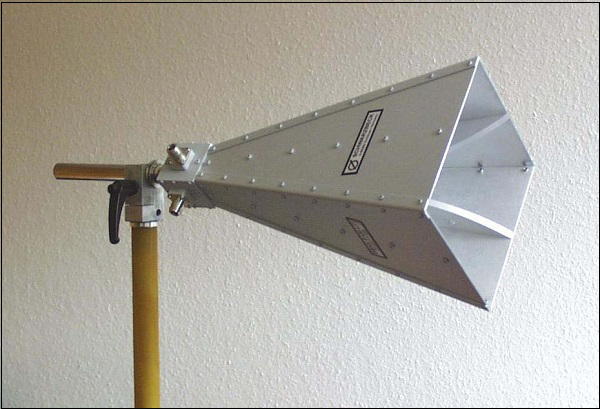 The above image shows the model of a horn antenna. The flaring of the horn is clearly shown. There are several horn configurations out of which, three configurations are most commonly used.

This type of horn antenna has flaring on both sides. If flaring is done on both the E & H walls of a rectangular waveguide, then pyramidal horn antenna is produced. This antenna has the shape of a truncated pyramid. 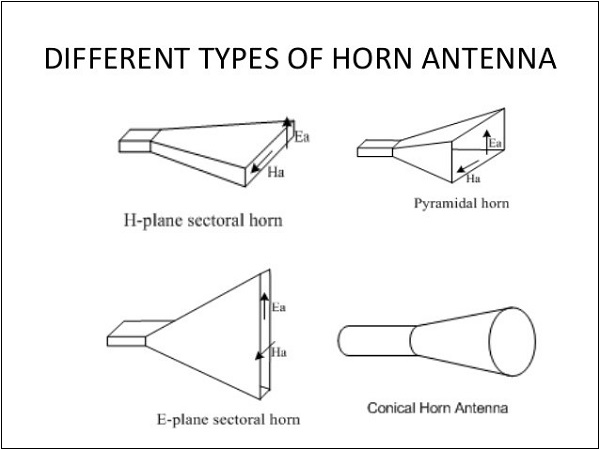 The above figures show the types of horn configurations, which were discussed earlier.

Flaring helps to match the antenna impedance with the free space impedance for better radiation. It avoids standing wave ratio and provides greater directivity and narrower beam width. The flared wave guide can be technically termed as Electromagnetic Horn Radiator.

Flare angle, Φ of the horn antenna is an important factor to be considered. If this is too small, then the resulting wave will be spherical instead of plane and the radiated beam will not be directive. Hence, the flare angle should have an optimum value and is closely related to its length.

Horn antennas, may also be combined with parabolic reflector antennas to form special type of horn antennas. These are −

In Cass-horn antenna, radio waves are collected by the large bottom surface, which is parabolically curved and reflected upward at 45° angle. After hitting top surface, they are reflected to the focal point. The gain and beam width of these are just like parabolic reflectors.

In hog-horn antenna, a parabolic cylinder is joined to pyramidal horn, where the beam reaches apex of the horn. It forms a low-noise microwave antenna. The main advantage of hog-horn antenna is that its receiving point does not move, though the antenna is rotated about its axis. 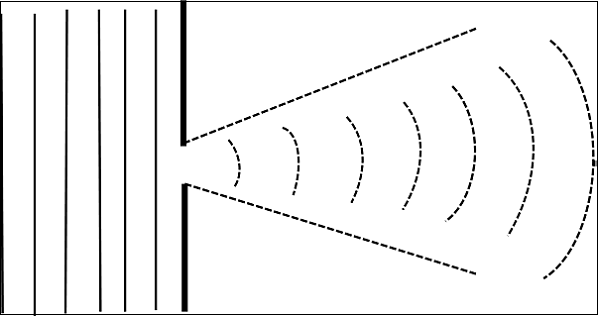 The following are the advantages of Horn antenna −

The following are the disadvantages of Horn antenna −

The following are the applications of Horn antenna −