The word communication arises from the Latin word commūnicāre, which means “to share”. Communication is the basic step for exchange of information.

For example, a baby in a cradle, communicates with a cry when she needs her mother. A cow moos loudly when it is in danger. A person communicates with the help of a language. Communication is the bridge to share.

Communication can be defined as the process of exchange of information through means such as words, actions, signs, etc., between two or more individuals.

Parts of a Communication System

Any system, which provides communication consists of the three important and basic parts as shown in the following figure.

Conveying an information by some means such as gestures, sounds, actions, etc., can be termed as signaling. Hence, a signal can be a source of energy which transmits some information. This signal helps to establish a communication between the sender and the receiver.

An electrical impulse or an electromagnetic wave which travels a distance to convey a message, can be termed as a signal in communication systems. 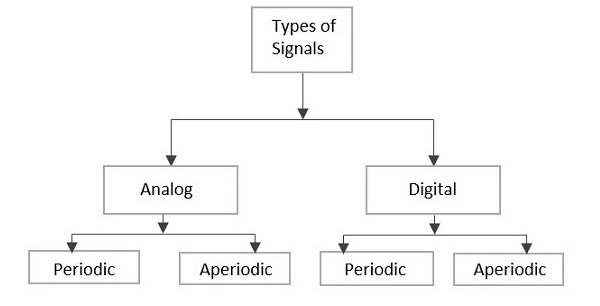 Let us consider a tap that fills a tank of 100 liters capacity in an hour (6 AM to 7 AM). The portion of filling the tank is varied by the varying time. Which means, after 15 minutes (6:15 AM) the quarter portion of the tank gets filled, whereas at 6:45 AM, 3/4th of the tank is filled.

If we try to plot the varying portions of water in the tank according to the varying time, it would look like the following figure. 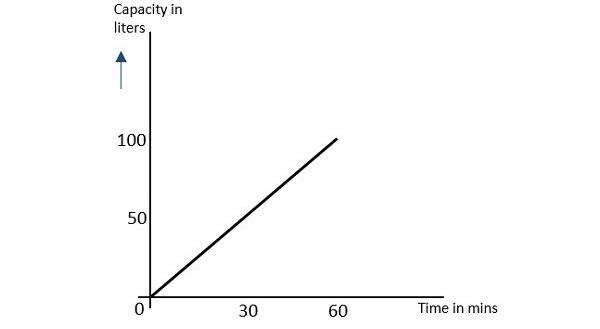 As the result shown in this image varies (increases) according to time, this time varying quantity can be understood as Analog quantity. The signal which represents this condition with an inclined line in the figure, is an Analog Signal. The communication based on analog signals and analog values is called as Analog Communication.

A signal which is discrete in nature or which is non-continuous in form can be termed as a Digital signal. This signal has individual values, denoted separately, which are not based on the previous values, as if they are derived at that particular instant of time.

Let us consider a classroom having 20 students. If their attendance in a week is plotted, it would look like the following figure. 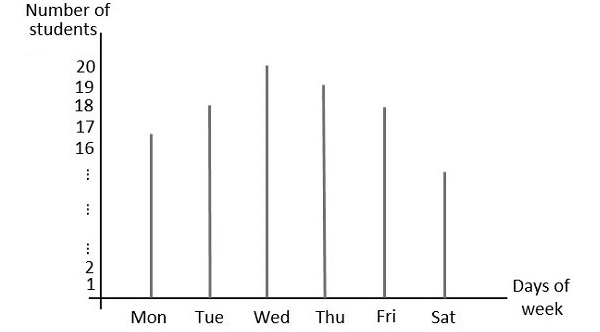 In this figure, the values are stated separately. For instance, the attendance of the class on Wednesday is 20 whereas on Saturday is 15. These values can be considered individually and separately or discretely, hence they are called as discrete values.

Any analog or digital signal, that repeats its pattern over a period of time, is called as a Periodic Signal. This signal has its pattern continued repeatedly and is easy to be assumed or to be calculated.

If we consider a machinery in an industry, the process that takes place one after the other is a continuous procedure. For example, procuring and grading the raw material, processing the material in batches, packing a load of products one after the other, etc., follows a certain procedure repeatedly.

Any analog or digital signal, that doesn’t repeat its pattern over a period of time is called as Aperiodic Signal. This signal has its pattern continued but the pattern is not repeated. It is also not so easy to be assumed or to be calculated.

The daily routine of a person, if considered, consists of various types of work which take different time intervals for different tasks. The time interval or the work doesn’t continuously repeat. For example, a person will not continuously brush his teeth from morning to night, that too with the same time period.

In general, the signals which are used in communication systems are analog in nature, which are transmitted in analog or converted to digital and then transmitted, depending upon the requirement.