There are two main types of tuned amplifiers. They are − 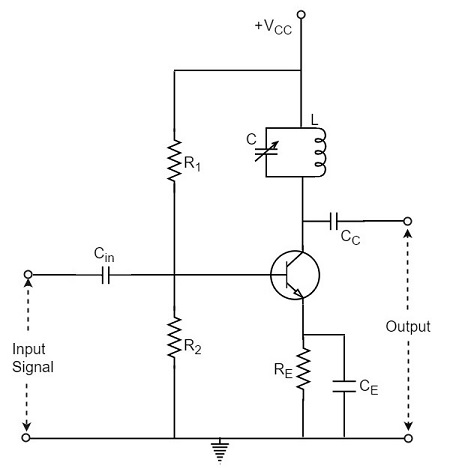 The output can be obtained from the coupling capacitor CC as shown above or from a secondary winding placed at L.

The following graph shows the frequency response of a single tuned amplifier circuit. 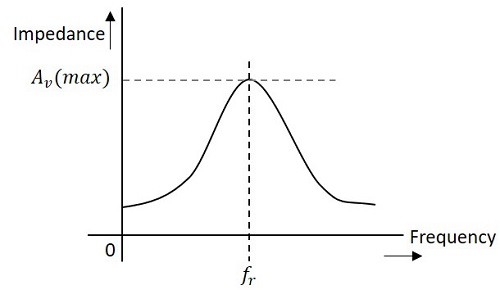 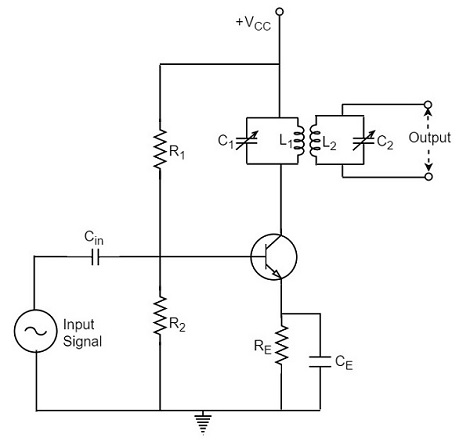 In order to have an idea on the mutual inductance property, let us go through the basic principle.

As the current carrying coil produces some magnetic field around it, if another coil is brought near this coil, such that it is in the magnetic flux region of the primary, then the varying magnetic flux induces an EMF in the second coil. If this first coil is called as Primary coil, the second one can be called as a Secondary coil.

When the EMF is induced in the secondary coil due to the varying magnetic field of the primary coil, then such phenomenon is called as the Mutual Inductance.

The figure below gives an idea about this.

The current is in the figure indicate the source current while iind indicates the induced current. The flux represents the magnetic flux created around the coil. This spreads to the secondary coil also.

With the application of voltage, the current is flows and flux gets created. When the current is varies the flux gets varied, producing iind in the secondary coil, due to the Mutual inductance property.

Under the concept of mutual inductance coupling will be as shown in the figure below. 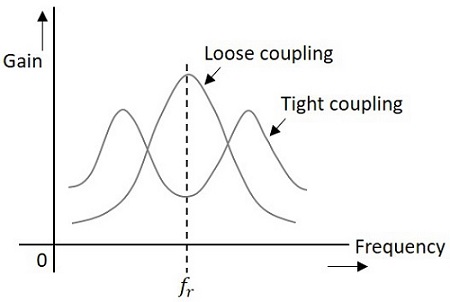 On the contrary, when the primary and secondary coils are brought close together, they have Tight coupling. Under such conditions, the reflected resistance will be large and the circuit Q is lower. Two positions of gain maxima, one above and the other below the resonant frequency are obtained.

The above figure clearly states that the bandwidth increases with the degree of coupling. The determining factor in a double tuned circuit is not Q but the coupling.

We understood that, for a given frequency, the tighter the coupling the greater the bandwidth will be.

The equation for bandwidth is given as

We hope that now you have gained sufficient knowledge regarding the functioning of tuned amplifiers. In the next chapter, we will learn about feedback amplifiers.