You can use different SAP PI user interface tools to access different components of SAP PI system architecture. The most common UI tools are −

This is SAP client tool to access ABAP stack of the SAP PI system. 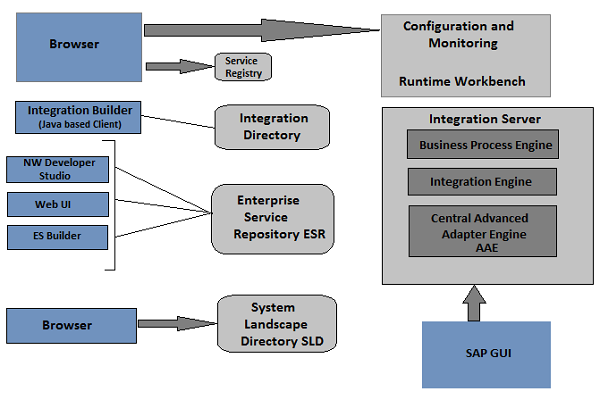 In the latest releases of SAP PI, ABAP stack components are modified to work on Java stack so, SAP PI needs only Java stack to run and is called the single stack system.