India tested a user trial of its Agni-I short-range, solid-fuel, nuclear capable ballistic missile. User trials normally involve the test flight of a randomly selected unit from the existing inventory of deployed missiles to authenticate the system’s overall performance and the readiness of ballistic missile units.

The test of the Agni-I (surface-to-surface missile) was undertaken as a part of periodic training activity by the Strategic Forces Command (SFC) from Dr. Abdul Kalam Island to consolidate operational readiness.

The highlights of Agni-I are:

2 - Kepler telescope is dead after finding thousands of worlds 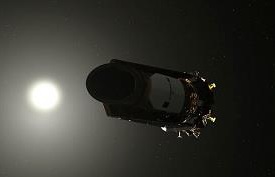 Officials of NASA has announced the elite planet-hunting spacecraft’s demise. The Kepler Space Telescope was running low on fuel. Probably because of this reason, its ability to point at distant stars and identify possible alien worlds worsened radically in the beginning of October month; however, flight controllers had still managed to retrieve its latest observations. Finally, the telescope has now gone silent, as its fuel tank is empty.

Kepler had surprisingly discovered 2,681 planets outside our solar system and even more potential candidates. It identified rocky worlds the size of Earth that, might harbor life. Besides, it also unveiled incredible super Earths: planets bigger than the Earth but smaller than Neptune. 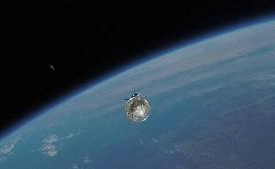 NASA’s “supersonic parachute,” which is designed to play a key role in landing its state-of-the-art Mars 2020 rover Mission, has created a world record. The technology has deployed in just four-tenths of a second surviving 37,000 kg load.

Surprisingly, in less than two minutes after the launch of a 17.7-metre Black Brant IX sounding rocket, a payload separated and began its dive back through Earth’s atmosphere. It was the fastest inflation in history of a parachute of this size and created a peak load of almost 70,000 pounds of force.

The mass of nylon, Technora and Kevlar fiber that were used in making up the parachute would play an integral part in landing NASA’s state-of-the-art Mars 2020 rover on the Red Planet, which is scheduled to be launched in February 2021. The Jet Propulsion Laboratory’s (JPL) Advanced Supersonic Parachute Inflation Research Experiment (ASPIRE) project conducted a series of sounding rocket tests to help decide, which parachute design to use on the Mars 2020 mission.

Facebook announced the launch of Digital Literacy Library, which would be a collection of lessons in six languages namely Bengali, Hindi, Tamil, Telugu, Kannada, and Malayalam. The announcement has been made at Facebook's South Asia Safety Summit - in the presence of Union Women and Child Development (WCD) Minister Maneka Gandhi.

With a focus on developing solutions to help combat child sex trafficking, all prototypes developed at the hackathon are being donated to NGO partners to help them in their work of protecting children. 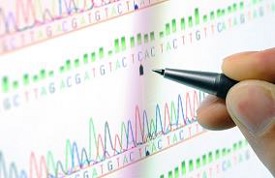 A team of scientists in the United Kingdom have claimed the record for decoding the world's longest DNA sequence.

The scientists produced a DNA, which is about 10,000 times longer than normal, and twice as large as a previous record holder (i.e. from Australia). Interestingly, the research has kick-started an Ashes-style competition to sequence the entire chromosome in a single read and the DNA used for the long read came from a human.

The new holder of the trophy for world's longest DNA read is a team led by Matt Loose at Nottingham University. 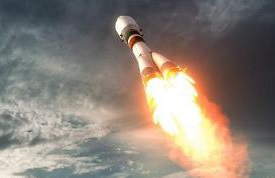 China has successfully launched a high orbit satellite, which is designed to boost its home-grown BeiDou global satellite navigation system. It is most likely built to rival the United States Global Position System (GPS).

The satellite has been launched from the Xichang Satellite Launch Centre located in the southwestern Sichuan Province. It would be the fourth global satellite navigation system of such type, after the US GPS system, Russia's GLONASS and the European Union's Galileo. 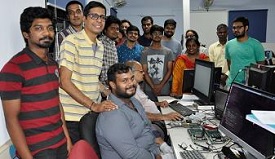 Researchers at the Indian Institute of Technology, Madras (IIT-M) have designed and booted up microprocessor, which is first-ever indigenously-developed processor. It can be used in mobile computing devices, which is embedded with low power wireless and networking systems.

This microprocessor is said to be helpful in reducing reliance on imported microprocessors in Communications and Defence Sectors and will be on par with International Standards.

This microprocessor has been developed under the project 'Shakti' and it was fabricated at Semi-Conductor Laboratory (SCL) of Indian Space Research Organizations (ISRO) in Chandigarh. Likewise, it is the first 'RISC V Microprocessor' to be completely designed and made in India. 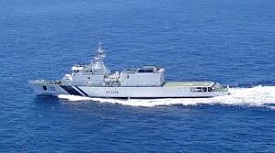 The ICGS Varaha, which is the fourth in the series of 98 M offsore patrol vessels (OPVs) of Indian Coast Guard, has been launched at L & T Kattupalli. It is designed and built indigenously by L & T.

The Hubble Space telescope has spotted a formation of galaxies that resembles like a smiling face in the sky. The image taken with the telescope’s Wide Field Camera 3 (WFC3), displays a patch of space filled with galaxies of all shapes, colors and sizes. Many of them belong to the galaxy cluster namely SDSS J0952+3434.

The lower, arc-shaped galaxy has the distinguishing shape of a galaxy that has been gravitationally lensed. Its light has passed near a massive object en route to us, causing it become distorted and stretched out of shape.

Studying nurseries within different galaxies is beneficial, as it provides information about star formation at different points in time and space throughout the universe.

China's new-generation stealth combat unmanned aerial vehicle (UAV) CH-7 has been revealed in Zhuhai (South China's Guangdong Province) - at the Airshow China 2018. It is believed that it is the most advanced drone that China has developed. The CH-7 makes China the second country in the world, following the US, to produce high-altitude long-endurance combat UAVs with advanced penetration capabilities. Shi Wen, the chief engineer and designer of China's Caihong (CH), or Rainbow UAV series, said that the performance of the CH-7 in many areas is much better than the US-made RQ-170, and quite close to the RQ-180.

He further said that due to its high altitude, high speed, stealth capability and endurance, the CH-7 can conduct many missions under dangerous conditions, including reconnaissance, surveillance, combat support, launching missiles or guiding other weapons to strike high-value targets. 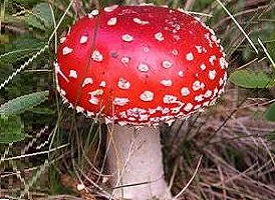 The scientists of the United States used 3D printing to attach clusters of energy-producing bugs to the cap of a button mushroom. The experiment proved that the fungus provided ideal environment to allow the cyanobacteria and generated a small amount of power.

The advantage of this experiment was the fact that the bugs on the fungus lasted for several days compared with cyanobacteria placed on other surfaces. The researchers believe that this idea may have the potential to become renewable energy source in near future. 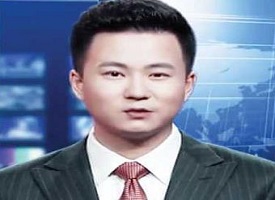 Chinese viewers were welcomed with a digital version of a regular Xinhua news anchor named Qiu Hao. China’s state news agency Xinhua has introduced the newest members of its newsroom – the AI anchors who will report “untiringly” all day every day (24X7), from anywhere in the country.

Qiu Hao says “Not only can I accompany you 24 hours a day, 365 days a year. I can be endlessly copied and presented at different scenes to bring you the news.”

In 2021, Ralph is set to journey with the Lucy mission to Jupiter’s Trojan asteroids. The instrument will fly by another Kuiper Belt object called 2014 MU69 and it is nicknamed Ultima Thule – in January 2019. Ralph’s observations of 2014 MU69 will provide unique insights into this small, icy world.

The Lucy spacecraft will carry a near-twin of Ralph, called L’Ralph, which is designed to investigate Jupiter’s Trojan asteroids. 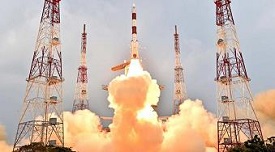 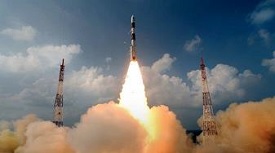 HysIS is an earth observation satellite designed around ISRO’s Mini Satellite2 (IMS-2) bus weighing about 380 kg. The mission life of this satellite is five years.