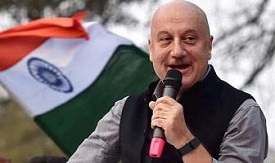 The veteran actor Anupam Kher resigned from his position as chairperson of the Film and Television Institute of India (FTII) with a valid reason that - for him it is becoming difficult to cope with his professional commitments and discharging his responsibilities.

In his resignation letter to Information and Broadcasting Minister, Rajyavardhan Singh Rathore, Mr. Kher mentioned that he would remain in the United States for “nearly nine months (between 2018 and 2019) and later for a minimum of three years because of his commitment to the NBC series, New Amsterdam.

Therefore, he said that in the given circumstances, it would be unfair for him to hold a position of such responsibility and accountability, without being actively involved in the operations. 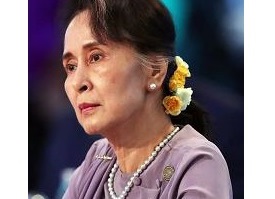 Kumi Naidoo, Amnesty’s Secretary General, has written to Aung San Suu Kyi to inform her the organization is revoking the 2009 award. Kumi Naidu stated, “As an Amnesty International Ambassador of Conscience, our expectation was that you would continue to use your moral authority to speak out against injustice wherever you saw it, not least within Myanmar itself.

“Today, we are profoundly dismayed that you no longer represent a symbol of hope, courage, and the undying defence of human rights. Amnesty International cannot justify your continued status as a recipient of the Ambassador of Conscience award and so with great sadness we are hereby withdrawing it from you.”

Further, Naidoo added, “Aung San Suu Kyi’s failure to speak out for the Rohingya is one reason why we can no longer justify her status as an Ambassador of Conscience.

“Her denial of the gravity and scale of the atrocities means there is little prospect of the situation improving for the hundreds of thousands of Rohingya living in limbo in Bangladesh or for the hundreds of thousands of Rohingya who remain in Rakhine. Without acknowledgement of the horrific crimes against the community, it is hard to see how the government can take steps to protect them from future atrocities.” 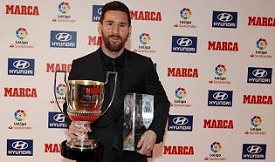 Barcelona published that Lionel Messi was declared the Spanish football league's best player of the 2017-18 campaign by Marca at an awards ceremony in Barcelona on Monday.

Earlier, Messi also won the Pichichi Trophy at the ceremony, an award given to the top scorer in La Liga each year. Besides, Atletico Madrid's goalkeeper Jan Oblak was named the goalkeeper of the year. Born in June 1987, Lionel Messi is an Argentine professional footballer who plays as a forward and captains both Spanish club Barcelona and the Argentina national team.

The La Liga Awards, previously known as the LFP Awards, are annually presented by the Liga de Fútbol Profesional (LFP) to the best players and coach in La Liga, the first division of association football in Spain. 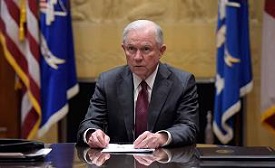 The United States Attorney General Jeff Sessions has resigned from the post at the request of President Donald Trump. Temporarily, an acting attorney general was appointed by the president as Sessions’s temporary replacement.