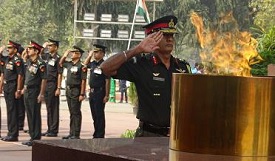 Army Aviation Corps have celebrated its 33rd Raising Day on November 1, 2018. It is an occasion when a Wreath Laying Ceremony was held at the Amar Jawan Jyoti at India Gate, New Delhi.

This ceremonial wreath has been laid by Lieutenant General (Kanwal Kumar), Colonel Commandant and Director General of Army Aviation, along with a host of serving officers, soldiers and veterans in attendance. 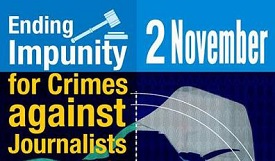 The International Day to End Impunity for Crimes against Journalists is a UN-recognized day observed every year on November 2. On November 2, organizations and individuals worldwide are encouraged to talk about the unresolved cases in their countries, and write to government and intra-governmental officials to demand action and justice (to resolve the unresolved cases).

The day draws attention to the low global conviction rate for violent crimes against the journalists and media workers, which is estimated at only one in every ten cases. In fact, these individuals play a critical role by informing, awakening, and influencing the public about important social issues, and other development of the country and world; in such a case, impunity for attacks against them has a particularly damaging impact, limiting public awareness and constructive debate.

Though Ministry of AYUSH observes Ayurveda Day every year on Dhanawantari Jayanti (i.e. Dhanteras) but this year, Ayurveda Day is observed on November 5, 2018. On this occasion, the Ministry organized a “National Seminar on Entrepreneurship and Business Development in Ayurveda” in association with NITI Aayog on November 4th & 5th at Dr. Ambedkar International centre, Janapth, New Delhi.

The purpose was to encourage entrepreneurs and Ayurveda stakeholders towards businesses opportunities in the sector. About 800 participants from all across the country have participated in the main function of 3rd Ayurveda day. 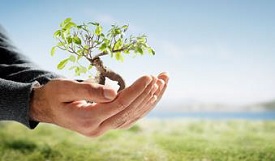 Furthermore, the organization highlighted the opportunity to identify innovative, solution-driven actions and policies to advance pharmaceutical production in the continent. It also planned to emphasize on promoting Regional Value Chains in Africa.