The 12-day long joint military exercise between India and the United States known as 'Vajra Prahar' was held in Jaipur. To undertake this training with the Indian Special Forces, a contingent of the United States Pacific Commander came to Mahajan Field Firing Ranges.

The United States Special Forces has carried out rigorous joint training in semi-desert and rural terrain regions to enhance the interoperability of the two armed forces and also military-to-military co-operation. 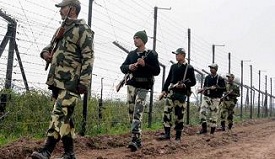 A senior Border Security Force (BSF) officer confirmed that a special bunker has been developed. This bunker is made up of thick armor and bullet-proof glass, and can be practically lifted and placed anywhere. Furthermore, the portability will come in handy for the force when shifting vigil posts.

Because of the loss of several personnel to sniper attacks from Pakistan along the western border, the BSF has developed such special bulletproof bunker that facilitates vigilance of the border area through a periscope. 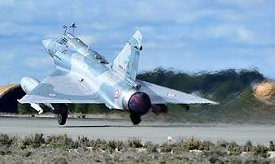 Reports said that the Indian Air Force team will go to France next month to “inspect” two Dassault-made Mirage-2000 aircrafts. Rafale deal was done for 36 fighter jets; in the meantime, France has offered two Mirage-2000 fighter planes to India, virtually free, as it is on a very nominal cost.

The Bilateral ‘KONKAN’ exercise, which provides a platform for the two Navies to periodically exercise at sea and in harbor in order to build interoperability and share best practices has started at Goa.

The KONKAN series of exercises commenced in 2004, and since then has grown in scale to strengthen the relationship. Starting from November 28, the KONKAN-2018 is set to be conducted till December 6, 2018 off Goa coast with units participating from both navies.

The Naval cooperation between India and the United Kingdom is based on the long term strategic relationship. Both Navies have, over the years, undertaken bilateral activities such as training exchanges and technical cooperation.