As per the given report, "the removal of VR from ‘rating watch evolving’ reflects better visibility on the potential new equity IDBI Bank will receive from its stake sale to LIC". The bank had received INR 2,100 crore in August from LIC when the insurer increased its stake in the lender to 14.9%.

The rating agency affirmed that the bank’s IDR reflects expectation of a moderate probability of extraordinary state support given the bank’s market position, systemic importance and linkages to the state.

The Kirloskar group confirmed that it has received license from the Reserve Bank of India to launch a non-banking finance company (NBFC), Kirloskar Capital. This branch will be headed by industry veteran Vimal Bhandari.

The company further said that it will invest INR 1,000 crore in the proposed NBFC and it will be fully-run subsidiary of Kirloskar Oil Engines, and will emphasize on providing growth capital to industry with an initial focus on small and medium enterprises (SMEs).

“Kirloskar Capital will be well capitalized with a capital commitment of Rs. 1,000 crore over the next three years. The NBFC will be led by Vimal Bhandari as the Chief Executive,” the company said in a statement.

Atul Kirloskar, chairman of Kirloskar group, said that, “we see opportunities in the financial services space and are willing to commit Rs. 1,000 crore of patient capital over the next three years. 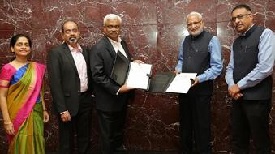 Chola MS General Insurance and IndusInd Bank Ltd have renewed their corporate agency agreement for a period of five years. This decade-long partnership has garnered about INR 37 billion in the past five years and serviced close to half a million customers during the last financial year only.

SS Gopalarathnam, Managing Director of Chola MS, said that the instant policy issuance process has led to better customer retention and satisfaction for the bank and the benefits of cost reduction have been passed on to the end customer. 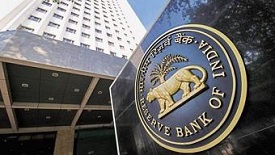 The Reserve Bank of India has taken steps to set up a wide-based Digital Public Credit Registry (PCR) to capture details of all borrowers, including willful defaulters and also the pending legal suits. The main purpose is to check financial delinquencies.

The PCR will also include data from the entities like market regulator SEBI, the corporate affairs ministry, Goods and Service Tax Network (GSTN) and the Insolvency and Bankruptcy Board of India (IBBI) to enable the banks and financial institutions to get 360 degrees profile of existing and prospective borrowers on a real time basis.

Before this initiative, RBI has constituted a high-level task force (HTF) to review the current availability of information on credit, the adequacy of the existing information utilities, and identify gaps that could be filled by a PCR. 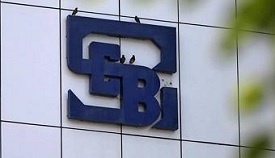 The Securities and Exchange Board of India (SEBI) has begun the process to reduce the timeline for public issues from the current 6 days to 3 days in a phased manner. Further, it is made mandatory for intermediaries to provide retail investors the option of bidding through the Unified Payments Interface (UPI).

The first phase, which will start on January 1, 2019, the market intermediaries have been directed to make available the UPI mechanism for retail investors along with the existing framework and processes to complete the initial public offer (IPO) process in T+6 days.

In the second phase (i.e. after 3 months), the current mechanism of physically submitting bid forms from the intermediaries to the banks would be discontinued.

The project will benefit more than 200,000 families of fundamentally poor and marginalized farmers, agro-entrepreneurs, women and other vulnerable groups. The project will work with 1000 Small-Scale Community-Based Irrigation (SSCBI) systems spread over an area of 90,000 hectares, covering over 1000 villages across 12 most climate vulnerable districts of Andhra Pradesh.

The Andhra Pradesh Integrated Irrigation and Agriculture Transformation Project (APIIATP) is designed to be implemented in rural areas which largely rely on rain-fed agriculture system. Therefore, this project will strengthen the resilience of poor and marginalized farmers against adverse climate events by improving access to irrigation, drought seed varieties and post-harvest technology. The project will also help to improve water-use efficiency, crop productivity, and soil health.

To give more freedom and space, the Reserve Bank of India has liberalized the norms, which govern foreign borrowings for infrastructure creation. This order is issued after consultation with the Government.

So, as per the liberalized scheme, the minimum average maturity requirement for ECBs (i.e. external commercial borrowings) in the infrastructure space raised by eligible borrowers has been reduced to three years from earlier five years. In addition to this, the average maturity requirement for compulsory prevarication has been reduced to five years from earlier ten years.

Because of increasing number of complaints in reference to digital payments, the Reserve Bank of India (RBI) has proposed to set up a separate ombudsman. It will deal with the complaints specifically raised because of digital transactions.

As per the recent annual report released by RBI, there has been substantial increase in the number of Digital Payment Complaints (DPC) and prepaid payment instruments (PPIs) issued by the banking and non-banking organizations. In comparison to the financial year 2016-17, in 2017-18, the grievances related to digital mode of financial transactions accounted for 19 percent, which further increased to 28 percent till the end of June 2018. 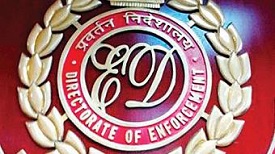 The Enforcement Directorate (ED) has flagged to the RBI about alleged suspicious activities of a Karnataka-based firm charging it with running a Ponzi scheme in the name of Islamic banking or halal investment. By then, it has collected more than Rs. 950 crore funds from gullible investors.

Islamic banking or halal investment is an illegal act in India. The ED identified the accused firm as Ms Ambidant Marketing Private Limited, which is run by S Fareed Ahmed and S Afaq Ahmed. First time, ED has taken it in its radar in January for alleged FEMA contraventions and subsequently some serious investigations were conducted on the company.

The central probe agency's zonal office located in Bengaluru has also written to Karnataka Police seeking all FIRs filed by it against the firm in reference to the alleged chit fund scheme in order to study the case comprehensively and file a fresh criminal case under the Prevention of Money Laundering Act (PMLA). 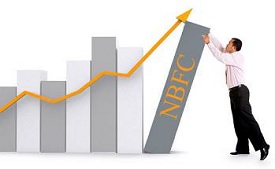 The majority of such companies (27 out of 31), which lost their licenses are from West Bengal and rest four companies are based in Uttar Pradesh. Most of voluntary applications for license cancellation are also from West Bengal. RBI has confirmed that these companies would not carry out any business activities.

Moody’s Investment Service reported that India’s economic growth rate will (likely) to slow down to 7.3 percent by next year. This is because the domestic demand tapers on higher borrowing cost due to rising interest rates; however, it also confirmed that the Indian economy will expand.

The report titled as ‘Global Macro Outlook 2019-20,’ Moody also reported that the economy grew 7.9 percent in the first half (i.e. January-June) of 2018, which was likely the result of post demonetization base effect.

This report assumes, the Reserve Bank of India will continue to steadily raise the benchmark rate through 2019, which will further diminish domestic demand. As result of these factors, the pace of the Indian economy’s growth will be restrained over the next few years, with real GDP growth of 7.3 percent in 2019 and 2020.

As per the Moody’s report, the greatest downside risk to India’s growth prospects stem are – the impact of higher global oil prices compounded by sharp rupee depreciation; raised cost of households’ consumption; and weigh on households’ capacity for other expenditures. The borrowing costs have already risen because of the tightening monetary policy.

The UN World Food Programme (WFP) and Chinese e-commerce giant Alibaba Group have constituted a strategic partnership to eliminate hunger globally by 2030. WFP Executive Director, David Beasley and Alibaba Partner and Chairman of the Alibaba Foundation Sun Lijun, who signed an agreement at Alibaba's headquarters in Hangzhou, China stated that they will take all measures including the latest technology to remove poverty globally.

Further, Alibaba said that it will lend its cutting-edge technology and resources to support the digital transformation of WFP's operations; specifically, Alibaba Cloud, the cloud computing arm of Alibaba, will work with WFP and will develop a digital "World Hunger Map".

Specifically designed map will monitor global hunger and operations to end the poverty by 2030. Eradication of poverty is one of the key Sustainable Development goals of the United Nations. 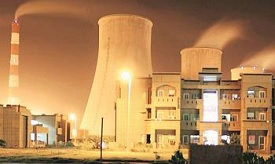 The Tripura government all set to have a dialogue for the purchase of 26 percent equity shares of the Palatana gas thermal power project from the Infrastructure Leasing and Financial Services (IL&FS).

The 726.6 mw gas-based power project, run by ONGC Tripura Power Company (OTPC), was initially started in 2014 as a joint venture of the ONGC, the IDFC, the IL&FS and the Tripura government and Tripura owns 0.5 percent share in the project. The ministry of power allocated over 58 percent energy from the Palatana project to north-eastern states.