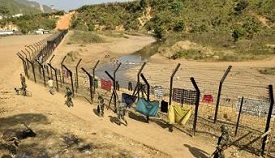 Under the Border Area Development Programme (BADP), the Ministry of Home Affairs has released 113.36 crore to 6 border states to improve the problems of the people living in these isolated locations. The six states are Nagaland, Assam, Sikkim, Uttarakhand, Rajasthan, and Gujarat.

The BADP covers 111 border districts located in 15 different states to meet special development needs of border population with emphasis on the people living within premises of 50 kms of the International Border Area. The BADP schemes usually include development of primary health centers, schools, community centers, connectivity, supply of drinking water, and drainage system to procure sustainable living in border areas. 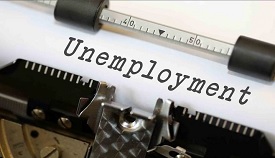 Furthermore, the number of job seekers are also on rise, as 29.5 million unemployed individuals were actively looking for jobs, which was 21.6 million last years. In addition to this, based on the study released by Azim Premji University, 82 percent of men and 92 percent of women workers are earning less than 10,000 per month.

India’s largest container port, JNPT is planning to host an edible oil refinery to maximize revenue and ensure captive cargo. However, this port already has a liquid cargo terminal in addition to the four container terminals off the coast.

The raw material for the refinery will be imported likely from abroad and a considerable part of the finished products will be sent out through the sea route. To execute this project, six-acre plot had already been secured. 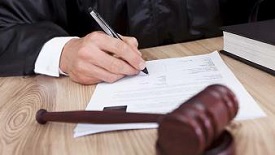 The Amaravati High Court will be the 25th High Court in India. Its building is being constructed in Amaravati – a city being developed only for the administrative purpose by Chandrababu Naidu. 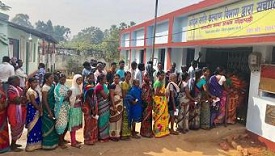 The Election Commission has set up ‘Sangwari’ polling booths in various constituencies of Chhattisgarh exclusively to encourage women voters to cast their votes in the Assembly elections. Further, the Chief Electoral Officer, Subrat Sahoo said that five Sangwari Polling Centres have been set up for women in every assembly segments.

In Chhattisgarhi dialect, ‘Sangwari’ means friend; so, it would be women friendly booths, which will be handled by all-female staff including presiding officers, supervisors and security personnel.

The Supreme Court has upheld the “presumption” that if a couple who are living together as husband and wife for a substantial period of time are considered as legally married and the woman victim of such relation has equal right to claim maintenance under the Section 125 of Criminal Procedure Code.

A Bench comprising of Justices, R. Banumathi and Indira Banerjee cited the past judgments of the apex court and quoted that “where a man, who lived with a woman for a long time and even though they may not have undergone legal necessities of a valid marriage, should be made liable to pay the woman maintenance if he deserts her.”

Further, Bench said that “The man should not be allowed to benefit from the legal loopholes by enjoying the advantages of a de facto marriage without undertaking the duties and obligations. Any other interpretation would lead the woman to vagrancy and destitution, which the provision of maintenance in Section 125 is meant to prevent,”

7 - Constitution of New Boards of Governors for the IIMs

As per the IIM Act 2017, the Government of India has approved the process of constitution of new Boards of Governors for the IIMs. Prakash Javadekar, Minister for Human Resources Development said that “The process of constitution of new Boards for the IIMs, which have been given full powers of running the institutions, is a major development because it gives complete autonomy to maintain quality of institutions in higher education and ensures quality expansion of higher education."

This process is in accordance with the provisions of the Section 10 of the IIM Act 2017. The IIM Act is a historical step of the Government, which for the first time, provided a comprehensive autonomy to the higher educational institutions. In accordance with the spirit of the Act, Government has decided to withdraw the Government nominees immediately who are in excess of the provisions of the Act. This would pave way for wide-ranging control of the institutions by reputed academicians and alumni. 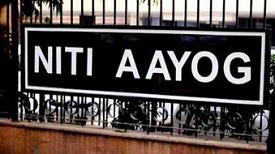 On the eve of this Children’s Day, NITI Aayog’s Atal Innovation Mission (AIM) and UNICEF India have joined together to provide an open platform to young children of India with the objective to contribute towards sustainable development.

On this occasion, the UNICEF – Atal Tinkering Labs Young Champions Awards were announced by Dr. Rajiv Kumar, Vice-Chairman, NITI Aayog and Mr. Yuri Afanasiev, UN Resident Coordinator and UNDP Resident Representative in India. Besides, AIM and UNICEF have also launched a 72-hour Tinkering Hackathon so that children can come up with some innovative solutions especially for the challenges faced by them in school. It was in fact related to the quality of education and safety in schools.

The National Cooperative Development Corporation (NCDC) has launched a youth-friendly scheme, “Yuva Sahakar - Cooperative Enterprise Support and Innovation Scheme” with the objective to facilitate potential and capable youth who are aspiring to set up cooperative business ventures.

While launching the scheme, Union Minister of Agriculture and Farmers Welfare, Shri Radha Mohan Singh said that to make this scheme functional, NCDC has created a dedicated fund with liberal features enabling, which facilitate youth to avail the scheme. The newly launched scheme is designed to encourage cooperatives to venture into new and innovative areas.

The scheme would be linked to Rs. 1,000 crore ‘Cooperative Start-up and Innovation Fund (CSIF),’ which would have more incentives for cooperatives of North Eastern region, Aspirational Districts and cooperatives with women or SC or ST or PwD members.

For the special category, the funding for the project will be up to 80% of the project cost and for general category, it would be 70%. The scheme is planned to give 2% less than the applicable rate of interest on term loan for the project cost up to Rs. 3 crore, which also includes 2 years’ moratorium on payment of principal. All types of cooperatives, which are in operation for at least one year are eligible.

The Government of India announced to release a Rs. 75 coin to commemorate the 75th anniversary of Netaji Subhash Chandra Bose for hoisting the Tricolor for the first time at Port Blair. To execute, the Ministry of Finance has issued a notification to release the Rs. 75 coin along with its specifications.

On December 30, 1943, Bose, who raised the Indian National Army (INA) to fight against the British, had hoisted the Tricolor for the first time at Cellular Jail, Port Blair.

The Finance Ministry said that …

"The coin of seventy-five rupees’ denomination shall only be coined at the Mint for issue under the authority of the central government on the occasion of '75th Anniversary of Hoisting of Tricolor' for the first time by Netaji Subhash Chandra Bose at Port Blair”. The commemorative Rs 75 coin will be made out of 50 per cent silver, 40 per cent copper, and 5 per cent each of nickel and zinc, and will weigh 35 grams

This coin will have the portrait of Netaji Subhash Chandra Bose saluting the flag with a background of Cellular Jail in Port Blair.

Women and Child Development Ministry has designed an online marketing portal for unique organic products produced by women farmers and entrepreneurs across the country. The service will be given through e-platform to bring them together, promote and celebrate their creativity and achievements.

The portal is named as "Mahila-E-Haat", (Website - Mahila-E-Haat) and the portal was launched ahead of the "Women of India National Organic Festival 2018" which was organized by the Ministry to promote women entrepreneurs.

Mahila E-Haat is an initiative for the benefit of women entrepreneurs to meet their aspirations and needs. This startup in the Rashtriya Mahila Kosh website leverages technology to showcase the products manufactured or sold by women entrepreneurs. They can even showcase their services reflecting their creative potential. The objective of this unique e-platform is to strengthen the socio-economic empowerment of women. 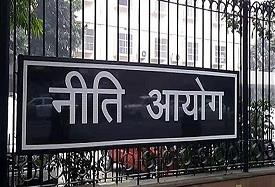 To ensure sustainable development of the Indian Himalayan region, NITI Aayog has constituted the ‘Himalayan State Regional Council’. The Council has been constituted to review and implement identified action points as per the Reports of five Working Groups, which were established along thematic areas to prepare a roadmap for action.