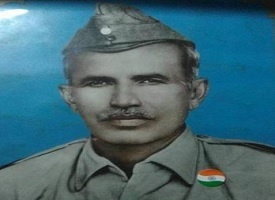 V. Rathinam, a veteran freedom fighter and the member of Indian National Army (INA) led by Nethaji Subash Chandra Bose, died. He was born on August 16, 1919, and was the native of S. Kodikulam in Paramakudi block, Rathinam.

He had moved to Burma when he was a bachelor and joined the INA during the Second World War in the early 1940s. After completing the training program, he was inducted into the INA and fought against the British. 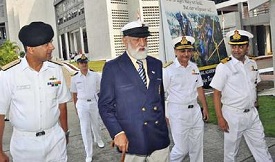 Vice Admiral (retired) Manohar Prahlad Awati, an icon in the history of Indian Navy, has died in his native village Vinchurni in Satara district. He was 91 years old. Mr. Awati was also popular as the father of Indian Navy’s circumnavigation adventures.

In 1945, Awati was selected for the Royal Indian Navy. A specialist in signal communication, he had served on Indian naval ships such as Ranjit, Vendurthy, Betwa, Tir and Mysore. From 1976 to 1977, he was the Commandant of the National Defence Academy where he made it a point to attend every passing out parade of the Academy till as late as May this year. 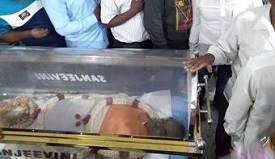 H.N. Ananth Kumar, Union Minister for Parliamentary Affairs, and Chemicals and Fertilizers, also a senior BJP leader from the State passed away at a private hospital in Bengaluru.

A six-time member of parliament from Bengaluru South Lok Sabha seat, Mr. Kumar was representing it continuously since 1996. 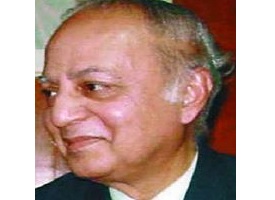 Justice S N Phukan, the Former Supreme Court Judge passed away at a private hospital at Jorhat, Assam. He was 81 years old. He was a judge at the Supreme Court from January 28, 1999 to April 1, 2002.

He started his law practice in Guwahati in 1962. After one year, he joined the Assam Judicial Service and in July, 1970, he joined the Meghalaya government and worked in the Law Department.

Ashutosh Jain, the senior Hindi News Reader of All India Radio, has died in New Delhi at the age of 60. He joined the AIR in 1989 in Chandigarh and retired from Delhi in April 2018.