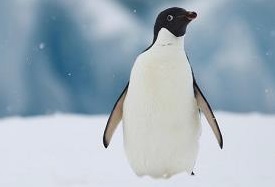 The 2018 Living Planet Report presents the latest science-based analysis of the current state and trends of changing global vertebrate biodiversity. However, the Living Planet Report of 2016 exposed that global populations of fish, birds, mammals, amphibians and reptiles has been declined by 58% between 1970 and 2012, and also projected that we could witness a two-thirds decline in these populations from 1970 to 2020.

What is the living planet report?

WWW publication division releases the Living Planet Report on every two years, which is a comprehensive study reports of trends in global biodiversity and health of the planet. The Living Planet Report 2018 is the twelfth edition of the report, which provides the scientific evidence to what nature has been indicating us repeatedly: unsustainable human activity is pushing the planet’s natural systems that support life on Earth to the edge.

Palau, one of the significant Western Pacific nations, has become the first country in the world to ban different kinds of sunscreen. Government has issued this order to protect its coral reefs from chemicals.

Recently, in a report, scientists confirmed that the chemicals used in sunscreen causing significant damage to the environment, especially coral reefs. Researchers found that even a low concentration of sunscreen in the water can hamper the development of young coral. Further, studies confirmed that the chemicals in sunscreen can cause localized coral bleaching and can interrupt the reproduction of fish by interfering with their hormonal systems.

The ban, which will take effect most likely in 2020, identified a few “reef-toxic” sunscreen and defined it as containing one of 10 prohibited chemicals, a list that could grow later — can be confiscated from tourists when they enter the country. Furthermore, the retailers, who will be caught selling such creams will be fined up to $1,000. 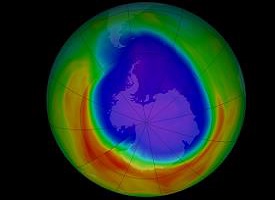 As per UN study report, the ozone layer that shields life from cancer-causing solar rays (ultraviolet rays) is recovering at a rate of one to three percent per decade, reversing years of dangerous depletion caused by the release of harmful chemicals.

The Antarctic ozone hole, which was damaged badly, is recovering and continuing to occur every year. It happened possible because of various steps taken to protect the ozone layer.

U.N. Environment and the World Meteorological Organization said that at projected rates, Northern Hemisphere and mid-latitude ozone is scheduled to heal completely by the 2030s followed by the Southern Hemisphere in the 2050s and polar regions by 2060s.”