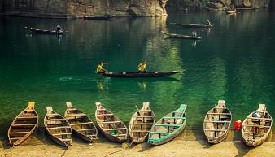 The Meghalaya government announced Rs. 378 crore investment for the second phase of the state's flagship aquaculture mission. This mission is aimed at cutting down fish imports into the hill state.

The mission - Meghalaya State Aqua Mission 2.0 - was announced by Fisheries Minister Comingone Ymbon at the 5th State Aqua Festival held at the U Soso Tham auditorium premises. About hundreds of fish farmers from all over the state attended this fest.

As authority confirmed that under this mission, interested partners have to contribute only 15 percent while another 25 percent will be credit linkages and the rest 60 percent will be assisted by the government. 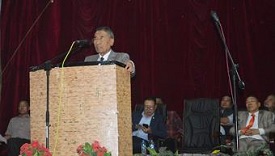 Neiphiu Rio, the Chief Minister of Nagaland, has launched GPS Mapping of all Government Schools and the Personal Location System (PLS), which of course is a significant step towards computerization and digitization of records by the School Education Department.

At present, the GPS and PLS technology, which can be accessed online through http://.dose-ngl.com has GPS co-ordinates of all the schools pinned and marked on Google Maps, with other information. It also carries some other information, such as enrolment, facilities including number of classrooms, power and water connection availability, playground and toilets along with teaching and non-teaching staff detail. 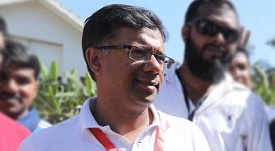 The Goa government has announced a ban on import of fish into the state for next six months. The ban was imposed because of the usage of formalin, a potential cancer-causing chemical to preserve fish.

Goa Health Minister Vishwajit Rane announced the ban and said that the duration of ban could be extended by another six months, if needed. So, until the measures to check the quality of fish are in place in the state, ban will remain intact.

This is the second time import of fish has been banned in the state. It was banned in July for 15 days for the first time.

The first of its kind, ‘floating water handloom huts’ were inaugurated at Loktak Lake in Bishnupur district of Manipur. In these handloom huts, looms were gifted to local people on an experimental basis. The purpose of this experimental venture is to attract more tourists and also promote handloom weavers.

Tripura’s Forest and Tribal Welfare Minister, Mevar Kumar Jamatia has also inaugurated five handloom huts here. Further, K. Lamlee Kamei, the Director of Directorate of Handloom and Textiles said that this is just an experiment and going further many female employees will be engaged in the weaving activities.

5 - Government of Goa to set up All India Institute of Ayurveda, Yoga and Naturopathy 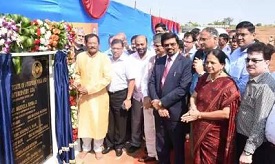 This new institute will have a 250 bed hospital and the capacity of 500 students to enroll every year. Institute that includes Medical College for Ayurveda, Naturopathy and Yoga would have hostel facility - 67 rooms for doctors and 91 rooms for 182 students. And, the institute will offer all three programs namely undergraduate, postgraduate and PhD. 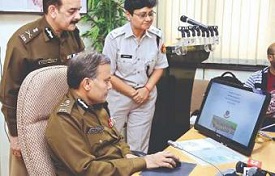 Amulya Patnaik, Delhi Police Commissioner, has launched the force's e-learning portal “NIPUN” and training division website. Suman Nalwa, the Deputy Commissioner of Police (Training) has said that through this website, Delhi Police will be using advanced technology in communicating in-service training to its personnel.

The objective of this e-learning portal is to provide online training and information through specialized courses designed by experts in the field.