1 - Book on History of Women's Cricket 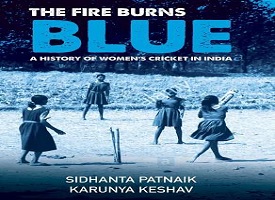 The book titled as 'The Fire Burns Blue: A History of Women's Cricket in India', which is co-authored by sports journalists Karunya Keshav and Sidhanta Pathak is published.

As per the authors report, this book is an elaborate narrative of the game, right from its origin to the present day. This book also carries rare photographs in a bid to re-iterate the highs and lows of the early years of women's cricket. Besides, the book also describes "twist and turns" of women's cricket, including the early days of pioneers like Diana Eduljee and Shantha Rangaswamy (in the early '70s) and the today’s stars like Mithali Raj and Harmanpreet Kaur. 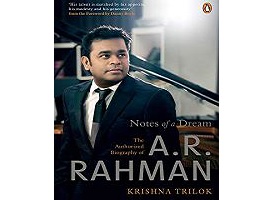 Delhi-based Penguin Random House has published “Notes of a Dream: The Authorized Biography of AR Rahman”. The book is written by Chennai-based writer Krishna Trilok. The book covers the “nostalgia, the drama and the extraordinary success story” of Rahman.

Winner of national and international awards, including the Oscars and Grammy, the Mozart of Madras discloses his philosophies: hope, perseverance, positivity and love. The book would have Rahman’s early days’ story as a composer of advertisement jingles, his first big break into feature films, his experiments with the new technology, and more. 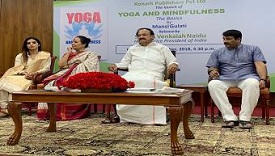 Mansi Gulati, the yoga exponent and author launched her new book, ‘Yoga and Mindfulness’ in association with Public Diplomacy Forum. The book is launched by Honorable Vice President of India, Mr. Venkaiah Naidu in the presence of other eminent persons including Dr. Sonal Mansingh, Shri Manoj Tewari, ambassadors and diplomats.

Mansi Gulati said that her book ‘Yoga and Mindfulness’ was the simplest study on the subject, which is based on the fact that yoga is not mere asanas, but everything done with mindfulness and dedication. 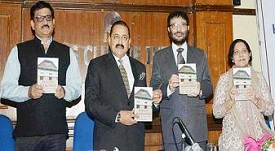 On this occasion, Dr. Singh said that reporting of radio in Jammu and Kashmir has its own significance and the radio has evolved from a small set up to a level of influencing the lives of people in remote areas.