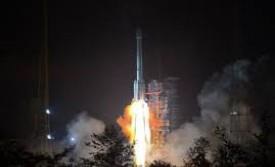 China has launched a new communication satellite "APSTAR-6C" from Xichang Satellite Launch Center. The satellite was sent into orbit by the Long March-3B carrier rocket.

The Apstar-6C satellite is based on a DFH-4 platform and was developed by China Academy of Space Technology (CAST). It is equipped with 45 transponders in C, Ku, and Ka bands, with a designed service life of 15 years. The satellite will provide TV transmission, communication, Internet and multimedia services to customers across the Asia-Pacific region. 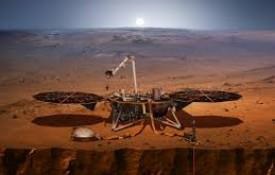 NASA has launched its Mars InSight lander from the Vandenberg Air Force base in California. It is NASA's first robotic lander dedicated to studying the Mars deep interior, with instruments to detect planetary seismic rumblings. Its name is short for Interior Exploration Using Seismic Investigations, Geodesy and Heat Transport.

The 360 kg spacecraft will land near to Mar's equator called the Elysium Planitia. U.S. investment in the mission is now $814 million. France and Germany have contributed an additional $180 million. 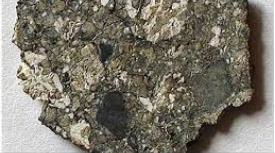 A team of Japanese scientists led by Masahiro Kayama from the Department of Earth and Planetary Materials Science at Tohoku University, have discovered a mineral called moganite, in a lunar meteorite. The mineral requires the presence of water to form.

The discovery suggests that hidden caches of water ice potentially useful for human exploration might be hidden under the surface of the moon. The researchers estimate that the water content in the lunar soil under the surface could be up to 0.6%. 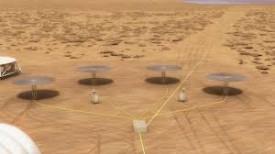 NASA and the Department of Energy’s National Nuclear Security Administration (NNSA) have successfully demonstrated a new nuclear reactor power system that could enable long-duration crewed missions to the Moon, Mars and destinations beyond. 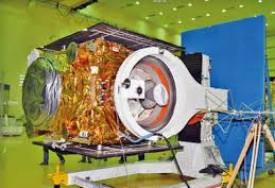 In order to measure accurate location data using navigation satellites, Indian Space Research Organization has come up with development of an atomic clock to measure precise location data. However, newly developed clock will undergo performance qualification tests. With this historic creation, ISRO has become one of the few space organizations in the world which has managed to develop this highly creative technology. 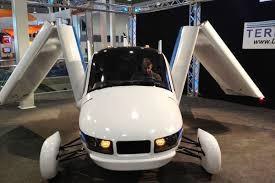 NASA has signed a second space act agreement with Uber Technologies, Inc., to further explore concepts and technologies related to urban air mobility (UAM) to ensure a safe and efficient system for future air transportation in populated areas. This is NASA’s first such agreement specifically focused on modelling and simulation for UAM operations.

Under this agreement, Uber will share its plans for implementing an urban aviation rideshare network. NASA will use the latest in airspace management computer modelling to assess the impacts of small aircraft in crowded environments. NASA will make the research available to the broader UAM community. 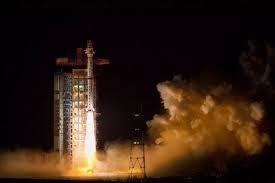 Gaofen-5' is an imaging satellite launched by China for analyzing air pollution. It was launched off the back of a Long March 4C rocket from the Taiyuan Satellite Launch Center. Gaofen-5 is the first China-developed satellite that can monitor air pollutants, greenhouse gases, and aerosols with the help of spectral information from ultraviolet to long-wave infrared radiation.

With this launch, Gaofen-5 will be known as the world's first full-spectrum hyperspectral satellite for comprehensive observation of the atmosphere and land. It is known as the satellite with the best spectral resolution among other China’s remote sensing satellites. 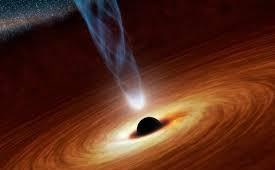 Astronomers discovered the fastest-growing black hole known in the universe, describing it as a monster sitting at the centre of our Milky Way galaxy which would appear 10 times brighter than a full moon. Black hole has the ability to wash out all of the stars in the sky and is thousands of times brighter than the entire galaxy due to all of the gases it sucks in daily that cause lots of friction and heat.

Scientists found it through spectrograph on the Australian National University (ANU) 2.3-metre telescope to split colors into spectral lines.

In a first-of-its-kind study, scientists have combined an array of NASA satellite observations of Earth with data on human activities to map locations where freshwater is changing around the globe and to determine why. A team led by Matt Rodell of NASA’s Goddard Space Flight Center used 14 years of observations from the U.S./German-led GRACE spacecraft mission to track global trends in freshwater in 34 regions around the world.

It was for the first time that NASA used observations from multiple satellites in a thorough assessment of how freshwater availability is changing, everywhere on Earth. 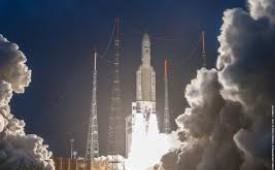 NASA has successfully launched a twin spacecraft to track the global water cycle along with five communications satellites. The Gravity Recovery and Climate Experiment Follow-On, GRACE-FO, is a joint mission by NASA and the German Research Centre for Geosciences. The spacecraft lifted off on a SpaceX Falcon 9 rocket from the Vandenberg Air Force Base in California.

Over its five-year mission, GRACE-FO will monitor the movement of mass around our planet by measuring where and how the moving mass changes Earth's gravitational pull. The mission monitors many key aspects of the Earth's water cycle. 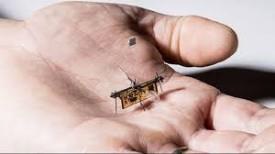 A team of researchers at the University of Washington in the United States has built the world's first wireless fly-sized drone. It can easily slip into tight places inaccessible to big unmanned aerial vehicles. The insect-sized flying robots could help with time-consuming tasks like surveying crop growth on large farms or sniffing out gas leaks.

The research team included three Indians- Professor Shyam Gollakota and PhD students Vikram Iyer and Yogesh Chukewad. It represents a milestone in autonomous flight that could launch a new wave of innovation in aerial robotics.