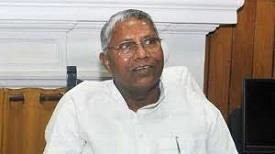 Senior JD(U) leader and former Bihar assembly speaker Uday Narayan Chaudhary has resigned from the party. Choudhary served as the speaker of the Bihar Legislative Assembly for ten years, from 2005-2015.

Choudhary represented the Imamganj assembly constituency from 1990 to 1995 and again from 2000 till 2015. He had contested the 2014 Lok Sabha elections on a JD(U) ticket from the Jamui Lok Sabha constituency. 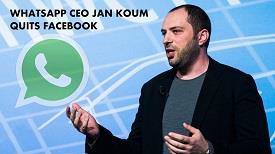 WhatsApp co-founder and CEO Jan Koum has resigned from the board of Facebook amid arguments over data privacy and the messaging app’s business model. Koum, together with his fellow co-founder Brian Acton, sold WhatsApp to Facebook in 2014 for $19 billion.

WhatsApp became entirely end-to-end encrypted in April of 2016. However, Facebook used Whatsapp user profiles for data mining and ad targeting. In the wake of the Cambridge Analytica scandal, Facebook’s privacy practices have come under the scanner with momentum gathering behind the #DeleteFacebook movement.

Former South African captain AB de Villiers has announced his retirement from all forms of international cricket with immediate effect. The master batsman holds the record for scoring the fastest 50, 100 and 150 runs in ODIs.