Current Affairs May 2018 - Places in NEWS

1 - 15th Pravasi Bharatiya Divas to be held in Varanasi

The 15th Pravasi Bharatiya Divas will be held in Varanasi, Uttar Pradesh from January 21-23, 2019. This year’s event would be inaugurated by Prime Minister Narendra Modi and his Mauritian counterpart Pravind Jugnauth.

The theme of the 15th Pravasi Bharatiya Divas will be “Role of Indian Diaspora in building a New India”. The day commemorates the return of Mahatma Gandhi from South Africa in Bombay on January 9, 1915. The day also marks the contribution of the overseas Indian community to the development of India. 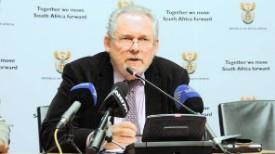 The first India-South Africa Business Summit 2018 was held at the Sandton Convention Centre, Johannesburg. The two-day event was organized by the High Commission of India in Pretoria in partnership with the Ministry of Commerce and Industry-Government of India, the Department of Trade and Industry (the dti)-Government of South Africa.

The Summit was marked by a MOU signed between Invest SA and Invest India, strengthening a rapidly growing economic and trade partnership between two strategic partner countries. The theme of the summit was "United by Legacy, Unified for Prosperity!". 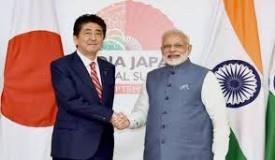 The 9th India Japan Energy Dialogue was held in New Delhi.Both India and Japan with a view to implement Nationally Determined Contributions (NDCs) under the aegis of the United Nations Framework Convention on Climate Change (UNFCCC) recognized the importance of development and deployment of next generation technologies including hydrogen to realize de-carbonization.

Both India and Japan appreciated the relevance of the grid stability given the high penetration of variable renewable energy, reiterated the continued importance of coal-based electricity generation in the energy mix in both the countries and promote the cooperation on environmental measures for coal-fired power plants. 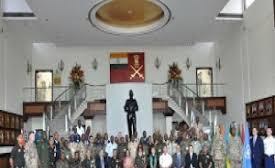 The third edition of the United Nations Peacekeeping Course for African Partners (UNPCAP) was organized in New Delhi to build and enhance the capacity of the African Troop Contributing Countries to the UN.

The course is conducted by the Centre for United Nations Peacekeeping in India (CUNPK) in partnership with the US. It is aimed to build and enhance the capacity of the African Troop Contributing Countries to the UN and to further train the trainers from these countries. The first and second editions of the course were held in New Delhi in 2016 and 2017. 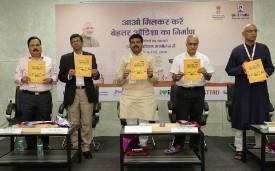 Skill India organized an Ajeevika and KaushalVikasMela in Bhubaneswar array of opportunities for youth to connect to new india vision of the country. The KaushalMela organized on the sidelines of the event, saw an exhibition being put multiple stakeholders including Sector Skill Councils, Bankers, Training Partners, Industries, ITIs etc., which provided counselling for the candidates and their parents, and helped them understand various opportunities available in the skill development ecosystem.

More than 29 state of art multi-skill ‘Pradhan MantriKaushalKendras’ were also launched digitally across the country by the Minister. On the occasion of the National Technology day a new exhibition “Machined to Think”, which provides a bird’s eye view into the technologies that are destined to usher in what is now hailed as the "fourth industrial revolution", was inaugurated at Mumbai by Dr. Anil Kakodkar.

It was displayed at exhibition that fourth industrial revolution or the Industry 4.0, will also be the new benchmark in production, which will be an outcome of the many ground breaking concepts that have resulted in a quantum leap in the networking of humans, machines, robots and products. 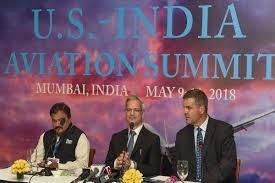 In collaboration with the U.S.-India Aviation Cooperation Program and the Government of India, USTDA hosted the 6th U.S.-India Aviation Summit in Mumbai, India. This event convened senior representatives from the public and private sectors in both countries to identify opportunities to advance the robust aviation partnership between India and the United States.

The two-day summit promoted high-level dialogue on bilateral aviation issues and provided a forum to identify solutions that support the rapid growth of India's aviation sector. The American Association of Airport Executives (AAAE) organizedthis visit on behalf of USTDA.

In order to provide skill training to women, United Nations Development Programme announced to set up a skill development center at Hyderabad. It will be named as 'Bharosa’. 'Bharosa,' is a developmental initiative of Hyderabad City Police to support women and children victims of violence. Hyderabad police has signed a MoU with UNDP. 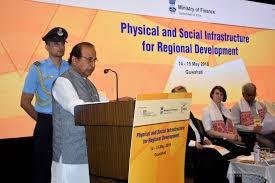 Ministry of Finance, Government of India organized two day regional conference on the theme of “Physical and Social Infrastructure for Regional Development” in Guwahati, Assam. Two key points that were discussed in the conference were low integration due to the land-locked nature of the region and launch of ‘NITI Forum for the North East’ by NITI Aayog which envisages that development projects in the NER.

The conference was organized in collaboration with the Asian Infrastructure Investment Bank (AIIB), Research and Information System for Developing Countries (RIS) and Federation of Indian Chamber of Commerce and Industry (FICCI).

Swachh Survekshan-2018 announced Madhya Pradesh’s Indore as the cleanest city of India. It was followed by Bhopal (Madhya Pradesh) at second spot and Chandigarh at third spot. The Swachh Survekshan 2018 assessed 4203 Urban Local Bodies and was organized by the Ministry of Housing and Urban Affairs. Chhatrapati Shivaji Maharaj Terminus (earlier Victoria Terminus) has completed 130 years of its construction on 20th May 2018. The present day Headquarters building of Central Railway is an architectural marvel. This magnificent monument was originally planned as the office of GIP (Great Indian Peninsular) Railway. This is the most photographed building after Taj Mahal.

Frederick William Stevens designed the building. It took almost a decade to built it at a princely sum of Rs. 16,13,863/-. 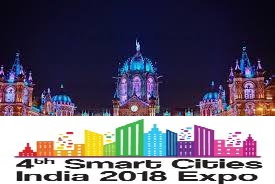 The three-day Smart Cities India 2018 Expo was held in New Delhi with a vision to help develop attractive and safe cities that evoke pride, passion and a sense of belonging among citizens. 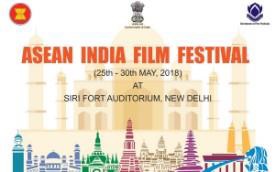 The ASEAN India Film Festival was held at Siri Fort Auditorium in New Delhi. Around 32 films from 11 countries were screened during the six-day film festival. The ASEAN film festival is a platform for people of the film industry of member countries to explore areas of cooperation in the domain of cinema and cultural cooperation.

Directorate of Film Festivals organised ASEAN India Film Festival in collaboration with the ministry of External Affairs as part of the series of events to commemorate 25 years of ASEAN and India relations. The tagline of the festival was ‘Friendship through Films’.