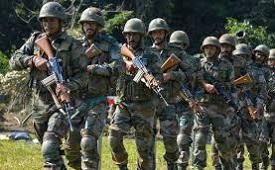 Exercise Harimau Shakti 2018, between the Indian Army and the Malaysian Army was held at Wardieburn Camp, Kuala Lumpur. This was the first-ever joint Army exercise between the armies of India and Malaysia.

The exercise was aimed at bolstering cooperation & coordination between armed forces of both the nations and to share the expertise of both the contingents in conduct of counter insurgency operations in jungle terrain. 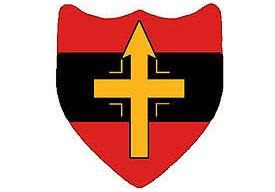 Formations of South Western Command carried out Exercise VIJAY PRAHAR employing more than 20000 troops, cutting edge equipment and state of the art force multipliers in the Mahajan Field Firing Ranges close to Suratgarh in Rajasthan. The exercise was aimed to orchestrate wide spectrum of threats which are planned to be tackled through high tempo joint air and land operation.

The month-long exercise is essentially to practice the troops in penetrative manoeuvres across the obstacle ridden terrain under a nuclear umbrella.

3 - India ranks among top five defence spenders in the world 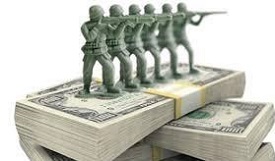 According to a report prepared by Stockholm International Peace Research Institute, India has joined the United States and China as one of the world’s five biggest military spenders in 2017. India went past France as its defence spending rose by 5.5% to $63.9 billion in 2017. India was in the fifth spot, after the US, China, Saudi Arabia and Russia. 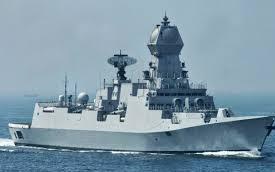 The Indian and French navies held the final phase of the Varuna naval exercise near Reunion Island in the Indian Ocean region. The exercise was aimed to enhancing the operational coordination between the two navies.

The first phase of the exercise involved joint anti-submarine combat training off the Indian coast in Goa. The focus of the second phase was amphibious operations. Reunion Island is a French island in the Indian Ocean. 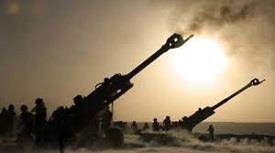 A mega Rs 15,000-crore project was approved by Indian Army. As per the project, a range of ammunition for its critical weapons and tanks will be produced within India to avoid long delays in imports and address the problem of a dwindling stockpile. Around 11 private firms have been finalized to make range of rockets, air defence system, artillery guns, infantry combat vehicles, grenade launchers and various other field weapons under fixed timelines.

Manufacture of these weapons will be monitored by the top brass of the Army and the Defence Ministry. 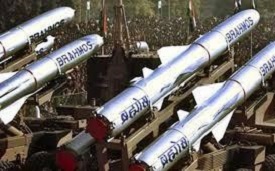 India has successfully test- fired BrahMos, supersonic cruise missile from the Integrated Test Range in Balasore, Odisha as part of service life extension programme. The life extension test firing of BrahMos was conducted from a Static Inclined Launcher, proving the efficacy and longevity of the system.

BrahMos is a joint venture between DRDO and NPOM of Russia. The highly versatile BrahMos has emerged as the ultimate weapon of choice in modern warfare with its unmatched speed, precision and firepower. 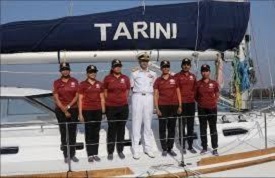 Indian Naval Sailing Vessel Tarini (INSV Tarini) entered Goa harbour on completion of a historic global circumnavigation voyage on 21 May 18. This was the first-ever Indian circumnavigation of the globe by an all-women crew. The vessel was led by Lieutenant Commander Vartika Joshi, and the crew comprised Lieutenant Commanders PratibhaJamwal, P Swathi, and Lieutenants S Vijaya Devi, B Aishwarya and Payal Gupta. 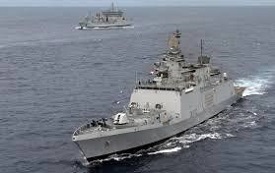 The last visit by Indian Navy ship to Vietnam was in Sep 2017, when two of its ships INS Satpura and INS Kadmatt visited Hai Phong port. The current visit seeks to enhance maritime cooperation between the two Navies and will further bolster the strong bonds of friendship between the two countries. 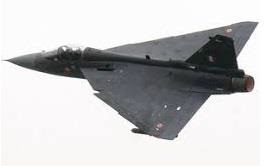 The Aeronautical Development Agency has started working on building the next generation defence aircraft, the Advanced Medium Combat Aircraft (AMCA). The ADA has extended an invitation to private players in Coimbatore to build a technology demonstrator.

The project will be implemented in Sulur in Coimbatore district that may house the permanent base of the Tejas squadron. It marks Tamil Nadu’s first major defence aircraft project. ADA had conceived and designed the Light Combat Aircraft (LCA) Tejas. 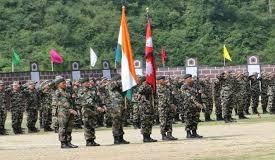 Joint Military Exercise SURYA KIRAN-XIII between India and Nepal will be conducted at Pithoragarh from 30 May to 12 June 2018. The exercise will comprise of nearly 300 soldiers from both Indian and Nepal Army who would be sharing their experiences gained during conduct of various counter insurgency and counter terrorism operations in the past.

Exercise SURYA KIRAN is a biannual event which is conducted alternatively in Nepal and India. Notably in the series of military training exercises undertaken by India with various countries, Exercise SURYA KIRAN with Nepal is the largest in terms of troop participation. 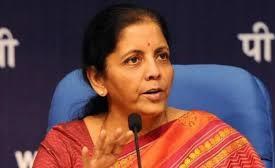 The significant changes inter-alia include devolution of powers within the Ministry of Defence and the Service Headquarters, concurrent running of the acquisition process instead of sequential stage clearance, deletion of repetitive processes, aligning of various documents with revised financial guidelines, amongst others. 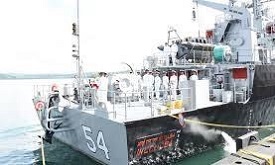 LCU MK-IV ship is an amphibious ship with its primary role being transportation and deployment of Main Battle Tanks, Armoured Vehicles, troops and equipment from ship to shore. The ship is fitted with state-of-the-art equipment and advanced systems like Integrated Bridge System (IBS) and Integrated Platform Management System (IPMS). 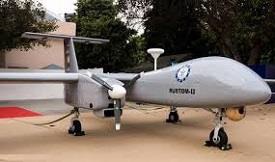 THE Rustom-II Unmanned Aerial Vehicle (UAV) will be delivered to the armed forces by 2020. It is being developed by the Defence Research and Development Organisation (DRDO). The drone is being developed for use by all three services of the Indian Armed Forces, primarily for intelligence, surveillance and reconnaissance (ISR) operations.

Rustom II has completed one test at Chitradurga in Karnataka. The mediumaltitude prototype can fly at over 22,000 feet and is a long-endurance UAV that has an 20 hours approximate flight time. 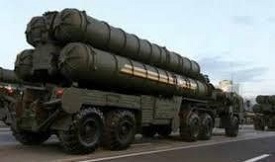 India and Russia are tryng to find a way out to protect the deal from the sanctions announced by the US against Russia under its Countering America’s Adversaries Through Sanctions Act (CAATSA). India wants to procure the long-range missile systems to tighten its air defence mechanism, particularly along the nearly 4,000-km-long Sino-India border.