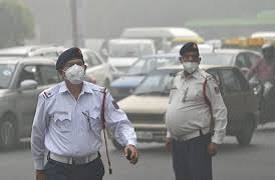 According to a list of most polluted cities based on the amount of particulate matter under 2.5 micrograms found in every cubic metre of air released by the World Health Organisation (WHO), 14 Indian cities figure among the world’s 20 most polluted. Kanpur tops the list.

The other Indian cities in the list were Delhi, Varanasi, Faridabad, Gaya, Patna, Agra, Muzaffarpur, Srinagar, Gurgaon, Jaipur, Patiala and Jodhpur. The PM2.5 includes pollutants like sulfate, nitrate and black carbon, which pose the greatest risk to human health. 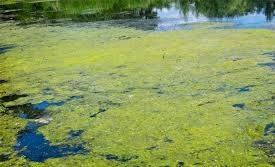 A team of Indian and American scientists from Indian National Centre for Ocean Information Services and the National Oceanic and Atmospheric Administration (NOAA), led by Aneesh Lotliker, have found that global warming was resulting into harmful algal growth in the Arabian Sea.

Algae Noctiluca, popularly known as sea sparkle as it glows in the dark, is said to be deleterious to aquatic life and ecosystems. The algae excrete ammonia toxic to ocean life, and also thrive on fish-food in the food chain. 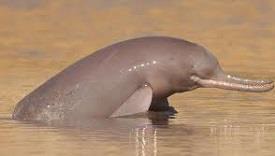 Punjab government has started a census to count the Indus dolphins in Beas river. The programme is supported by the World Wildlife Fund (WWF). Indus dolphins is one of the world’s rarest mammals found only in India and Pakistan.

The Indus dolphins are confined to only a 180-km stretch between Talwara and Harike Barrage in Beas river. The International Union for Conservation of Nature (IUCN) suspects the population size of the Indus river dolphins has reduced by more than 50% since 1944.