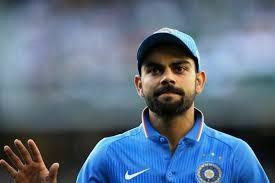 Afghanistan leg spinner Rashid Khan, who impressed everyone with his skills in the recently concluded IPL grabbing 21 wickets, was presented with the T20 Bowler of the Year Award. Woman cricketer Harmanpreet Kaur won the Outstanding Innings of the Year Award. Lifetime Achievement Award was bestowed on former India wicket-keeper Farokh Engineer. 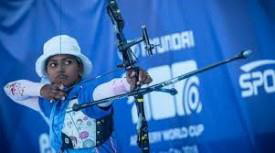 World Archery is the international governing body for the sport of archery. Its mission is to promote and regulate archery worldwide, developing the sport with over 160 member associations. 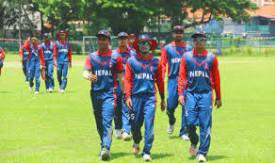 Nepal, Scotland, the Netherlands and the United Arab Emirates (UAE) have joined the 12 leading ODI nations on the expanded MRF Tyres ICC ODI Team Rankings with effect from 1 June 2018.

Scotland have been ranked in 13th place on 28 points. UAE are another 10 points behind on 18 in 14th position. The Netherlands have 13 rating points and Nepal have 0 ratings point. The table is headed by England.

Bengaluru’s Sanjana Ramesh and Rence Forthsky of Philippines emerged as the Most Valuable Players (MVP) of the four-day Basketball Without Borders (BWB) Asia camp.

The 10th edition of the BWB Asia camp was conducted at the NBA Academy India in Greater Noida. 66 boys and girls from 16 countries of the Asia-Pacific region participated in the camp. Vaishnavi Yadav of Uttar Pradesh was bestowed with the Grit award. 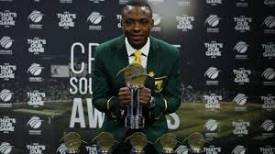 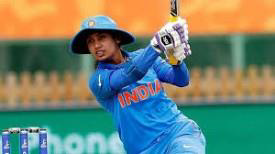 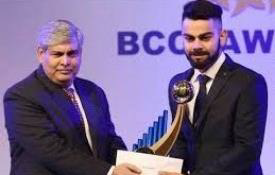 The current women's team skipper Harmanpreet Kaur was awarded the player of the year for her phenomenal performances in the 2016-17 season. 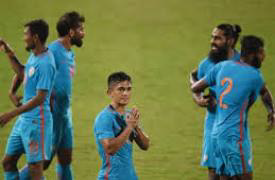 India defeated Kenya by 2-0 to lift the Intercontinental Cup 2018. The final was held at the Mumbai Football Arena. Skipper Sunil Chhetri scored both the goals and equalled Argentina's Lionel Messi's tally of 64 international goals, making him the joint-second active international goalscorer behind Portugal's Cristiano Ronaldo (81 goals).

The 2018 Intercontinental Cup was a 4-team association football tournament. The other two teams who participated in the tournament were Chinese Taipei and New Zealand. 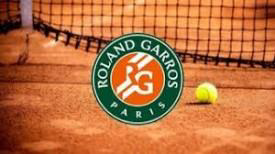 Rafael Nadal clinched a 11th French Open title with a straight-sets win over Dominic Thiem of Austria. Nadal is only the second player in history to win the same Grand Slam on 11 occasions after Margaret Court, who won 11 Australian Open titles between 1960 and 1973. 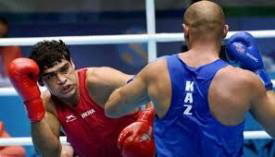 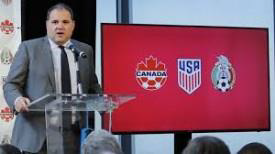 Canada, Mexico and the United States have been granted the honor of hosting the world’s most extraordinary sporting event 2026 World Cup. Around 16 cities in three North American countries will host 60 matches. With this hosting status, Mexico became the first country to host all or part of three men's World Cups.

The 2026 FIFA World Cup will be the 23rd FIFA World Cup, the quadrennial international men's football championship contested by the national teams of the member associations of FIFA. The 2026 World Cup has been extended from 32 to 48 teams.

Veteran American fighter Ronda Rousey became first woman to be inducted in Ultimate Fighting Championship Hall of Fame. Ronda is an American professional wrestler, former mixed martial artist and judoka. She plays for World Wrestling Entertainment Inc. She is champion of 12 consecutive MMA fights including 6 in the Ultimate Fighting Championship (UFC). Famous MMA fighter has also been first American woman to medal in the Olympics in judo. 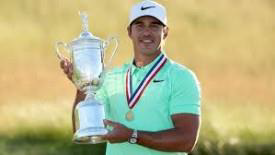 Brooks Koepka won the U.S. Open 2018 at the Shinnecock Hills course in New York. Tommy Fleetwood was second. Koepka becomes the seventh player to go back-to-back and the first since Curtis Strange in 1988 and 1989.

The World number one Dustin Johnson finished third at plus-three on account of a 70. Koepka is projected to move up 33 spots, to 13th, in the FedExCup, and to ascend to 4th in the Official World Golf Ranking. The 2018 United States Open Championship was the 118th U.S. Open. 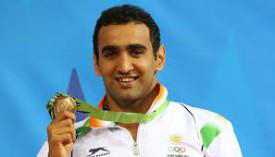 Indian swimmer Sandeep Sejwal put up an impressive performance to clinch the gold medal in men's 50 meter breaststroke event at the Singapore National Swimming Championships in Singapore. Virdhawal Khade grabbed a creditable silver medal in the 50 meter freestyle event with a timing of 22.68 seconds.

Sandeep broke the Singapore meet record with a timing of 27:59 seconds to win the gold. He bettered his own time of 27.68 seconds in the semi-final by 0.09 seconds. 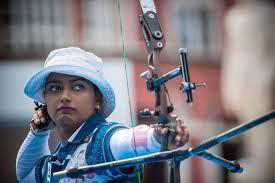 With the win, the four-time World Cup final silver medalist has automatically qualified for the Archery World Cup Final to be held in Samsun of Turkey. In the medal standings, India finished fourth behind US, Colombia and Chinese Taipei with a gold, silver and bronze each in the penultimate stage of the World Cup.

Indian shooter Saurabh Chaudhary won a gold medal in the ISSF Junior World Cup in Suhl, Germany. He shot a total of 243.7 in the 10 m air pistol event and created a new world record. He earned the eighth gold medal for India in the tournament. Korean shooter Lim Hojin (239.6) won the silver.

Lewis Hamilton won the first French Grand Prix in a decade. He has reclaimed the world championship lead. He now leads Vettel by 14 points after eight of 21 races. It was the 65th win of Hamilton's F1 career. Max Verstappen was second in the race while Kimi Raikkonen was third.

The championship standings after the French Grand Prix: