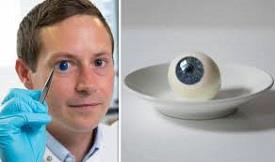 A team of scientists from Newcastle University have used a simple 3D bio-printer to create 'bio-ink' -- a printable solution that enabled them to reproduce the shape of a human cornea in just 10 minutes. It could potentially provide a limitless supply of much-needed transplants.

The team was led by Professor of Tissue Engineering Che Connon. As the outermost layer of the human eye, the cornea has an important role in focusing vision. A 2016 survey of corneal transplants globally found that only one cornea transplant was available for every 70 needed.

Ruthenium is found to be the fourth element showing magnetic properties at room temperature by researchers. Researchers of University of Minnesota, USA found that ruthenium could be used to improve technological devices such as sensors, electric motors, generators, ultra-thin films, computer memory or other devices using magnetic materials. The other three elements showing ferromagnetic properties at room temperature are iron (Fe), cobalt (Co), and nickel (Ni).

Ruthenium is a chemical element with symbol Ru.

Indian scientists have discovered a sub-Saturn or super-Neptune sized planet around a Sun-like star. The planet will be known as EPIC 211945201b or K2-236b. The team was led by Prof. Abhijit Chakraborty of Physical Research Laboratory (PRL), Ahmedabad.

The discovery was made by measuring the mass of the planet using indigenously designed "PRL Advance Radial-velocity Abu-sky Search" (PARAS) spectrograph integrated with a 1.2 m Telescope at PRL's Gurushikhar Observatory in Mount Abu. 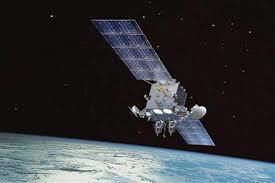 The International Space Station (ISS) has deployed the first-ever satellite to test possible solutions in cleaning up space junk. The satellite is named as RemoveDEBRIS. The 100-kg RemoveDebris spacecraft will attempt to capture simulated space debris using a net and a harpoon while also testing advanced cameras and radar systems.

The RemoveDEBRIS mission is led by the University of Surrey and built by the world's leading small satellite manufacturer Surrey Satellite Technology Limited (SSTL), with technology on board designed by Airbus. It was launched on a SpaceX Dragon spacecraft from Florida in April.