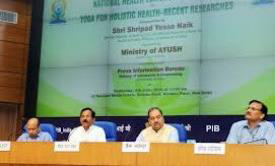 The Third Edition of Health Editors’ Conference on Yoga was held in New Delhi. The Conference was jointly organized by Morarji Desai National Institute of Yoga and Press Information Bureau (PIB), Ministry of Information Broadcasting ahead of International Yoga Day, which is celebrated across the globe on June 21 every year.

The objective of the Conference was to spread awareness about principles and practices of Yoga and to bring out the scientific and technical aspects of Yoga with the help of experts.

The Eleventh edition of Geo Intelligence Asia 2018 was organized at Manekshaw Centre, New Delhi on 04-05 June 2018. It was organised by GeoSpatial Media and Communication with Directorate General of Information System as Knowledge Partners and Military Survey as Co-organisers. The theme of Seminar was ‘GeoSpatial : A Force Multiplier for Defence and Industrial Security’.

Geospatial Intelligence – a critical foundation for many aspects of defense and internal security, offers the capability of monitoring, predicting and countering threats, while helping strategize and support various field operations. 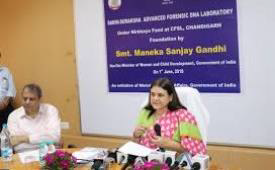 Union Minister for Women and Child Development Maneka Gandhi laid the foundation stone of an advanced DNA forensic laboratory in Chandigarh. It is built at a cost of Rs 99.76 crore from the Nirbhaya Fund.

The state-of-the-art 'Sakhi Suraksha' lab will assist in investigation and prosecution of crimes including those committed against women and children. It will contribute in addressing the gap in forensic DNA analysis of pending sexual assault cases in the country.

Thematic conference on "Private Sector Participation and Innovation in Resource Mobilization" was organized in Mumbai as a lead-up event to 3rd AIIB, to address the critical dimensions of infrastructure project funding and underline the need for financial support, from private sector players. 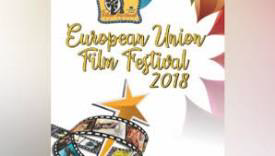 An International Conference on Information and Communication Technology (ICT) was organized in Kathmandu, Nepal by the Federation of Computer Association Nepal (CAN). It was based on theme “Sustainable Development Goals for Smart Society”. Various ICT users, trainers, professionals, experts, and researchers from Japan, China, Korea, India and Nepal attended the conference. The conference highlighted on government and private sector partnership using ICT applications to create SMART Nepal by 2030.

Computer Association of Nepal is an umbrella organization with membership base ranging from ICT Institutions, Associations to Individuals for promotion of Information and Computer Technology within Nepal.

7 - 11th World Hindi Conference will be organized in Mauritius 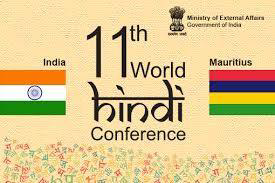 The 11th World Hindi Conference (WHC) is being organized from 18-20 August 2018 in Mauritius by the Ministry of External Affairs, Government of India in association with the Government of Mauritius. The main theme of the Conference is "Hindi VishwaAurBharatiySanskriti". KaviSammelan and evening cultural programmes will be organized.

A SammelanSmarika and a Conference Report on discussions held during the academic sessions and their recommendations would also be published. The Indian Council of Cultural Relations would bring out a special issue of "Gagananchal” dedicated to the Conference. 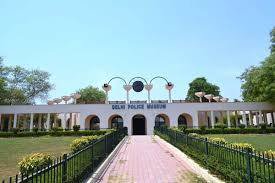 In order to establish the unique facility in Lutyens' Delhi, central government will set up India’s first national police museum in Lutyens' Delhi. The police museum will display history, artefacts, uniforms and gear of central and state police forces. It is first of its kind that India will have a national-level permanent exhibition on policing subjects.

The central police organisations and the state police forces have been asked to deposit their historical documents, items, police related gazette notifications and unique weapons and uniforms so that it can be kept at the museum. Shillong has been selected as 100th Smart City after evaluating the proposal in this regard. Till now, 99 smart cities have been selected in four rounds of competition and with this announcement, selection of 100 cities has been completed under the Smart Cities Mission. India is the 3rd largest steel producer with production of 97.38 million tonnes of crude steel in FY17. India is also a large producer of sheet mica and has the 7th largest bauxite reserves worldwide at around 2,908.85 million tonnes in FY17. The Government of India has allowed 100 per cent Foreign Direct Investment (FDI) in the mining sector and exploration of metal and non-metal ores under the automatic route. On June 30, 2018, livestock of sheep and goat was exported for the first time to Sharjah from Nagpur airport. Around 1 lakh sheep and goat were exported over a period of three months from the Nagpur airport. This project took off due to the joint efforts of Multi-modal International Cargo Hub and Airport at Nagpur (MIHAN), Air India, Agriculture Ministry and Commerce Ministry.

The export of livestock will benefit farmers of the Vidarbha region which is witnessing farmer’s suicides and in order to explore new avenues to improve farmer’s income this project has been undertaken.