What is the significance of the name 'mahishasur mardini' for the Goddess Durga?

Goddess Durga is one of the most worshipped goddesses of India. She is also identified as Adi Parashakti, Kundalini, Devi, Shakti, Bhavani, Parvati and by various other names.

The significance of ‘Mahishasur Mardini’

Mahishasur is formed of two words, Mahisha and Asur. Asur is the Danava or Rakhas who represents evil. Goddess Durga kills the Asur and hence gets the name as Mahishasur Mardini. 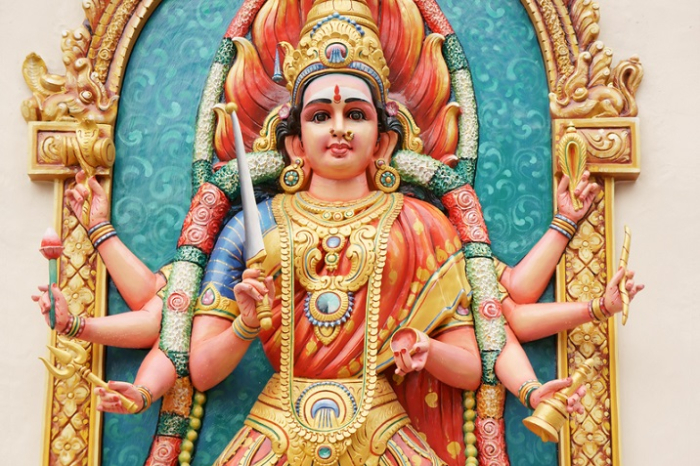 Why was Mahishasur punished for his deeds?

He had received a boon from Brahma that his death would happen only at the hands of a woman. Since then, he felt powerful and with all his might, he had started attacking the Gods and captured heaven. Gods will go and pray Adi Shakti, Durga Mata to help them by punishing Mahishasur. Goddess Durga comes mounted on her Vehicle, the Lion and kills the demon much to the relief of people on earth and gods in heaven.

Since then, Goddess Durga is worshipped as Mahishasur Mardini, particularly during VijayaDasami Festival to mark the victory of Goddess over the Evil.