What is the significance of the Khajuraho Monuments?

Khajuraho is popular for its group of artistic temples which were built by the Chandela rulers between the 10th and 12th Century. Chandela rulers were the great patrons of art and this is the reason that the Khajuraho group of temples is known for its sculptural wealth. There were some 85 temples constructed during the aforementioned period but only 25 temples remain in the complex today. 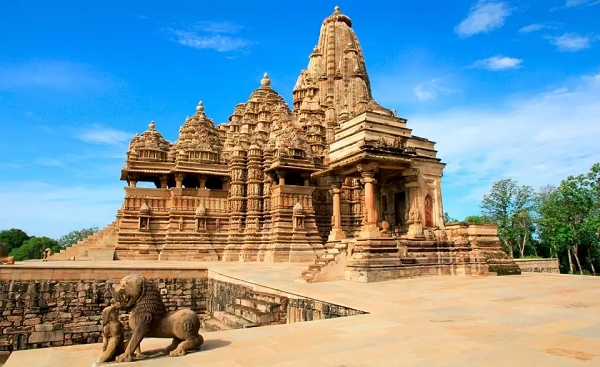 The Khajuraho temples are even mentioned in the records of Al Biruni and Ibn Battuta. All the temples are built out of fine sandstone except Chausath Yogini, Brahma and Lalguan-Mahadeva temples constructed out of granite.

Based on their nature, the sculpture in Khajuraho is categorized into five. The first group of sculptures is the cult images. The second category of images that occur in the niches comprises of enclosing divinities, family, and the attendants. The third and the most dominant group of sculptures are that of the apsaras and the sura-sundries who are portrayed in dancing postures and graceful nymphs respectively. 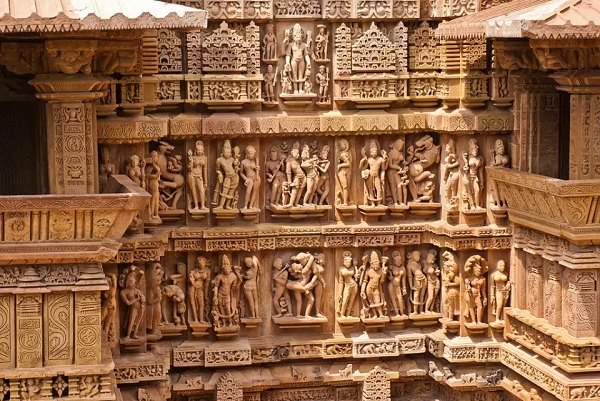 The western group of temples is the most visited ones by the tourists. It comprises the Lakshmana temple, the magnificent Kandariya-Mahadeva Temple, Chitragupta temple and Vishwanatha temple. Kandariya Mahadeva is the largest monument in Khajuraho with its architecture depicting the splendid and considerably taller sculptures and also the Central style of architecture. The eastern group of temples includes the Brahma temple, Vamana temple, and other Jain temples. 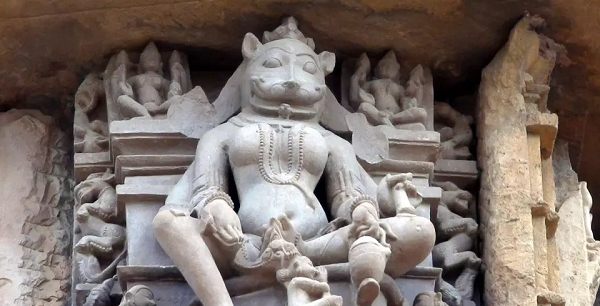