What is the significance of Hampi Monuments?

Located near the banks of River Tungabhadra, Hampi is an ancient village that has remained important for its variety of religious and secular structures. In the epic Ramayana, it is identified as Kishkinda. Hampi remained in central importance in the medieval times as the second capital of the Vijayanagara Empire.

For the Vijayanagar kings, Virupaksha was the family God and their crest was the Boar or Varaha. It is a temple dedicated to Lord Shiva and was constructed during the reign of Vijayanagara ruler Krishna Deva Raya II. It remains an important center of pilgrimage in the site of Hampi and is also popular for its yearly chariot festival. Virupaksha Temple is an important example of Vijayanagara style of architecture. 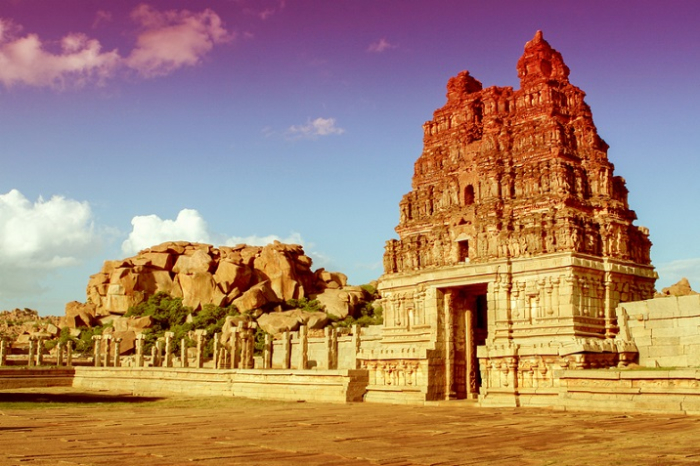 Vitthala or Vittala Temple is Hampi is known for its exquisite craftsmanship and extraordinary architecture in the Dravidian Style. Its peculiarity is the huge and decorative stone chariot. The temple is dedicated to Vaishnava deity Lord Vitthala. These are different hallways that adore this temple. 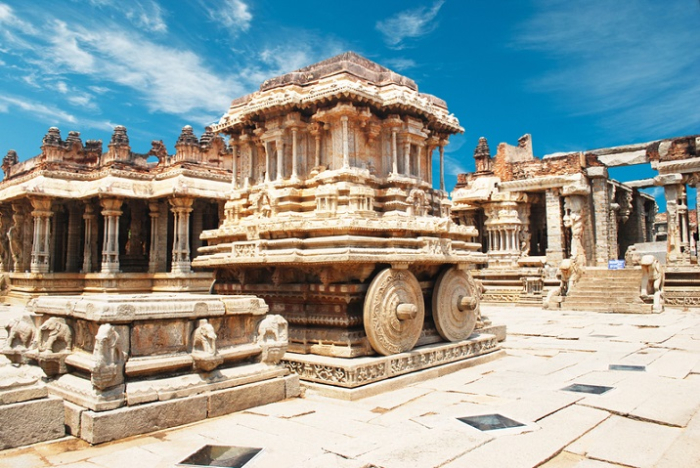 Jainism contributed a lot in terms of trade, and hence it started flourishing in many other states including Karnataka. One can thus observe many popular temples in this site. Some of the temples are Parashvanatha Temple, Hemkut Temple, and Gangatti Temple. It is a noted fact that Jainism remained an important religion even during the Vijayanagara Empire due to their highly tolerant attitude for all religions.

Tughbhadra River is associated with a lot of mythological and historical significance. Coracle is a bowl shaped boat which is made of natural materials. It has been of great significance to attract a lot of tourists for a fun-filled river ride.It is an important part of living traditions of tangible heritage in Hampi. 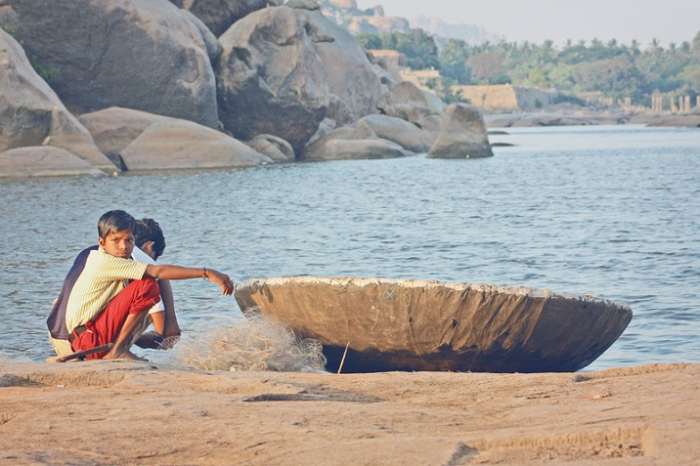 There have been some recent excavations that have highlighted royal enclosures, Noble men’s quarters, Virupaksha Bazaar, Adhistana tallies in various temples, etc. These have been excavations conducted by Archaeological Survey of India from 1981. There are continuous attempts being made to expose more and more sites from the Vijayanagara period.