What is the significance Mahabalipuram Monuments?

Mahabalipuram is located about 55 kilometers from Chennai. The historical coastal site derives its name from Mamallapuram. Narasimhavaram I of the Pallava dynasty is considered to be the architect of this city who contributed to the construction of the Shore Temple and other architectural structures. Mahabalipuram (Mamallapuram) is mentioned in several texts like the Periplus of Erythrean Sea and writers like Hieun Tsang described it as an important port in the eastern coast. 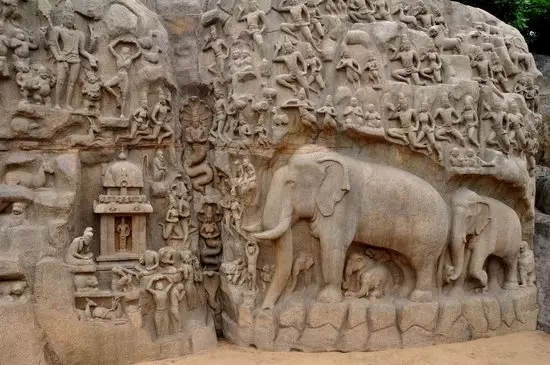 There are some monuments that hold historical significance and are elaborated in the following points:

The Shore Temple in Mahabalipuram is one of the oldest examples of Dravida Architecture (other two important ones being Nagara and Vesara). There are a few inscriptions dating back to the Chola dynasty on the outer walls of the temple. The temple is an architectural example of Rajasimha’s time. 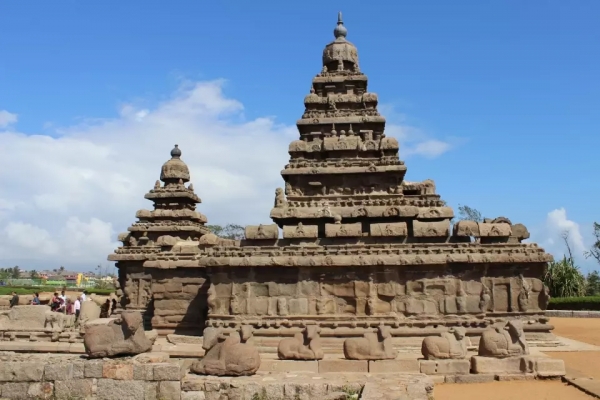 The Hill-area in Mahabalipuram comprises of Varaha Cave, Olaknatha Temple, Mahishasurmardini Cave. In the Varhana, there is a panel which presents the iconographic representation of Varaha (the third Avatara of Lord Vishnu) raising the earth from the ocean. The Olaknatha Temple comprises of various panels of Lord Shiva is different postures and attitudes. Mahishasuramardini Cave has a panel filled with animation depicting Goddess Mahishasuramardini riding the lion and the demon Mahisha who is flanked by various other figurines.