What is the significance of Buddhist Monuments at Sanchi?

Sanchi is a monument located in Madhya Pradesh about 9 kilometers from Vidisha. This is a town which gains its significance due to the Buddhist Stupas which are the structures (hemispherical in shape) containing the relics of Gautama Buddha and his followers. The site of Sanchi is open to visitors from sunrise to sunset. 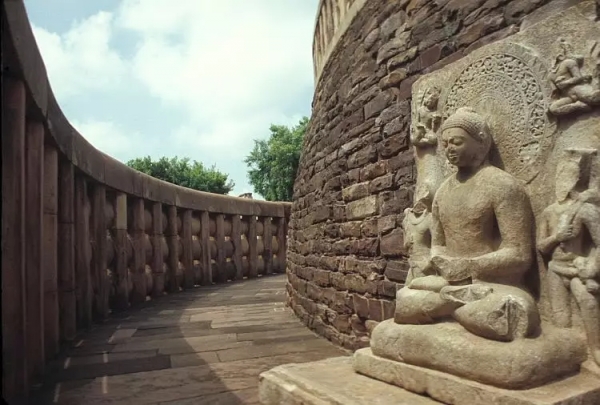