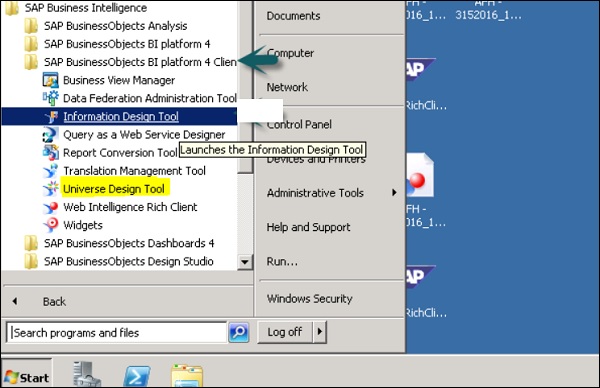 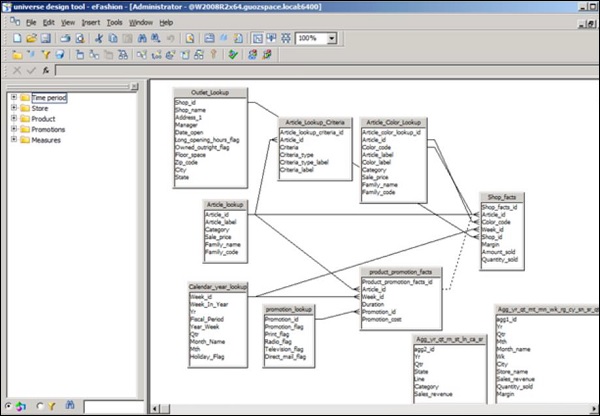 In the above image, you can see different options available under Universe Design tool user interface. It has both the "Universe" pane” containing objects and classes usually visible in Web Intelligence/Dashboard designer tool and the "Structure pane" which is only visible in Universe designer.

In Universe pane, you can further expand each of class to see objects created in it. These objects are named as per business requirement and easy to understand for business users.

In Structure pane, Universe designer drags table and join them to create a schema. This schema view is only visible to Universe Designers and not to business users.

To connect to a data source, connection wizard is used in UDT and you can create multiple connections in UDT however each universe is created using single connection.

Universe design tool provides a graphical interface that allows you to select and view tables in a database. The database tables are represented as table symbols in a schema diagram. You can use this interface to manipulate tables, create joins that link the tables, create alias tables, contexts, and solve loops in your schema.

The following schema types are supported: