To use aggregate awareness in Universe, you can use a function called @Aggregate_Aware in “Select” statement for an object that directs a query to be run against aggregate tables rather than a table containing non aggregated data.

To use aggregate awareness in a Universe, you need to arrange objects by aggregation level and objects are built using @aggregate_awareness function. To build aggregated aware objects, you need to first identify the objects: measure or dimension objects. You need to find out all possible combinations of aggregate objects in all tables and then arrange them in aggregate level order. 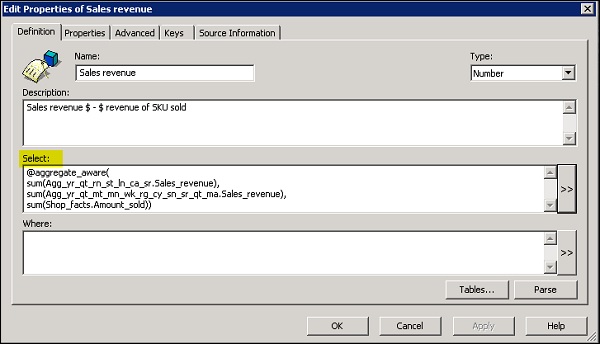 The syntax to be used for aggregate_aware function is as follows −

Open edit properties dialog box for the object → Click “>>” button next to the dialog box. 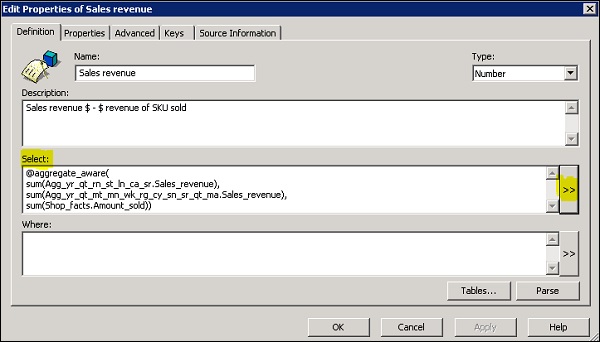 In the "Edit Select Statement" dialog box, you need to click at the beginning of the SELECT statement.

Alternately, click anywhere in the select box if the object does not have a SELECT statement. 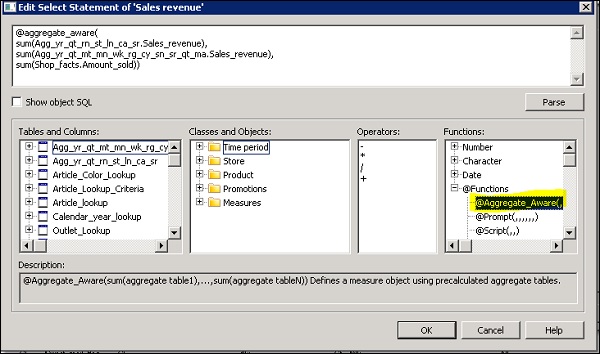