A Switch is a device that makes or breaks a circuit or a contact. As well, it can convert an analog data into digital data. The main requirements of a switch to be efficient are to be quick and to switch without sparking. The essential parts are a switch and its associated circuitry.

There are three types of Switches. They are −

The Mechanical Switches are the older type switches, which we previously used. But they had been replaced by Electro-mechanical switches and later on by electronic switches also in a few applications, so as to get over the disadvantages of the former.

The drawbacks of Mechanical Switches are as follows −

The mechanical switches look as in the figure below. 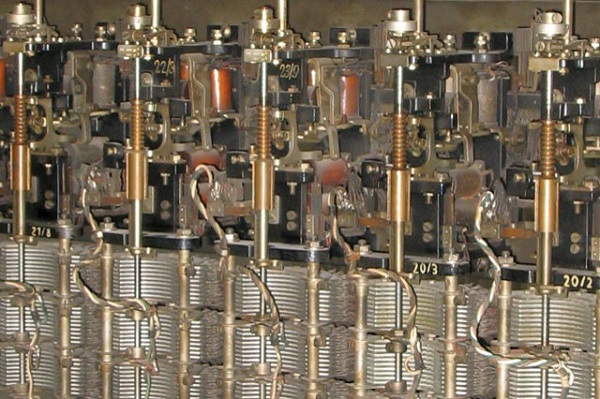 Construction of a Relay

The figure below explains the construction and working of a Relay. 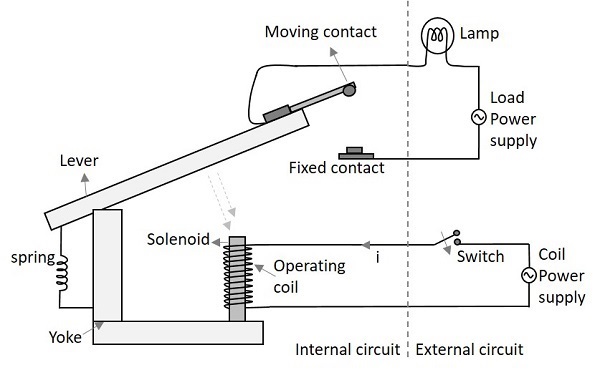 Working of a Relay

When the Switch is closed, an electrical path is established which energizes the solenoid. The lever is connected by a heavy spring which pulls up the lever and holds. The solenoid when gets energized, pulls the lever towards it, against the pulling force of the spring. When the lever gets pulled, the moving contact meets the fixed contact in order to connect the circuit. Thus the circuit connection is ON or established and the lamp glows indicating this.

When the switch is made OFF, the solenoid doesn’t get any current and gets de-energized. This leaves the lever without any attraction towards the solenoid. The spring pulls the lever up, which breaks the contact. Thus the circuit connection gets switched OFF.

The figure below shows how a practical relay looks like. 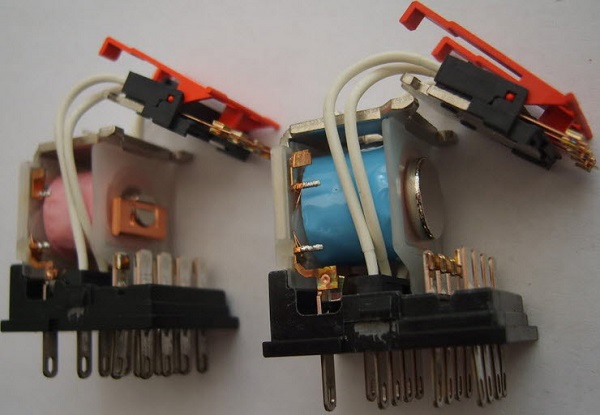 Let us now have a look at the advantages and disadvantages of an Electro-magnetic switch.

Types of Latches in Relays

There are many kinds of relays depending upon their mode of operation such as Electromagnetic relay, solid-state relay, thermal relay, hybrid relay, reed relay etc.

The relay makes the connection with the help of a latch, as shown in the following figure.

There are four types of latch connections in relays. They are −

The following figure shows the diagrammatic view of all the four types of latch connections. 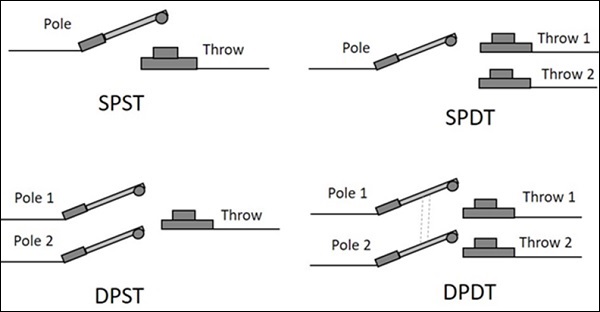 The next kind of switch to be discussed is the Electronic Switch. As mentioned earlier, transistor is the mostly used electronic switch for its high operating speed and absence of sparking.

The following image shows a practical electronic circuit built to make transistor work as a switch. 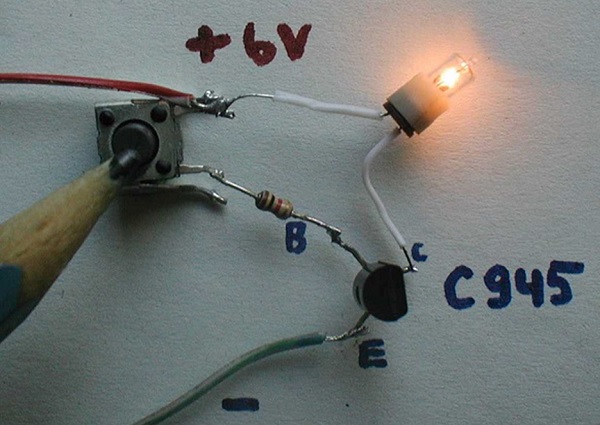 A Transistor works as a switch in ON condition, when it is operated in saturation region. It works as a switch in OFF condition, when it is operated in cut off region. It works as an amplifier in linear region, which lies between transistor and cut off. To have an idea regarding these regions of operation, refer to the transistors chapter from BASIC ELECTRONICS tutorial.

When the external conditions are so robust and high temperatures prevail, then a simple and normal transistor would not do. A special device named as Silicon Control Rectifier, simply SCR is used for such purposes. This will be discussed in detail, in the POWER ELECTRONICS tutorial.

Advantages of an Electronic Switch

There are many advantages of an Electronic switch such as

A transistor is a simple electronic switch that has high operating speed. It is a solid state device and the contacts are all simple and hence the sparking is avoided while in operation. We will discuss the stages of switching operation in a transistor in the next chapter.