To start a new notebook, click the desired kernel. In above screenshot, one kernel is seen that is Python3 kernel. Click it to start a Python notebook. Observe that its functionality is similar to the one we have studied in this tutorial. 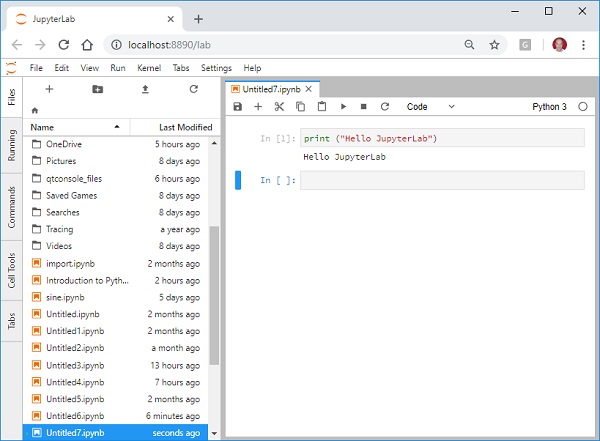 The menu bar is at the top of window. The default menus you can find in this are −

The left sidebar shows buttons for starting a new launcher, adding a folder, uploading file and refresh file list. The right pane is the main working area where notebook, console and terminals are shown in tabbed view.

To start a new console, click + symbol in the left side bar to open a new launcher and then click the console option. The console will open in new tab on the right pane. 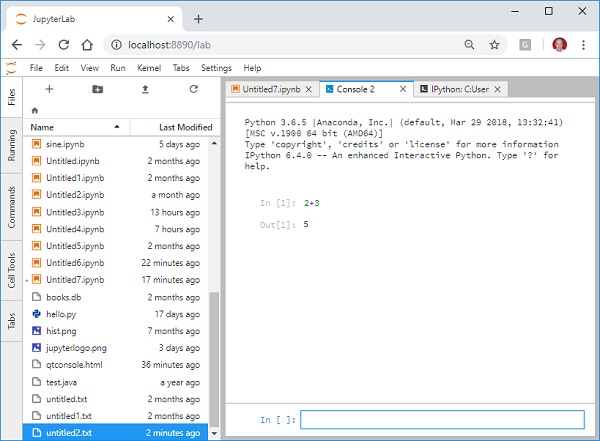 Note that the input cell is at the bottom, but when it is run, the cell and its corresponding output cell appears in upper part of console tab.

The launcher also allows you open a text editor and a terminal in which IPython shell can be invoked. 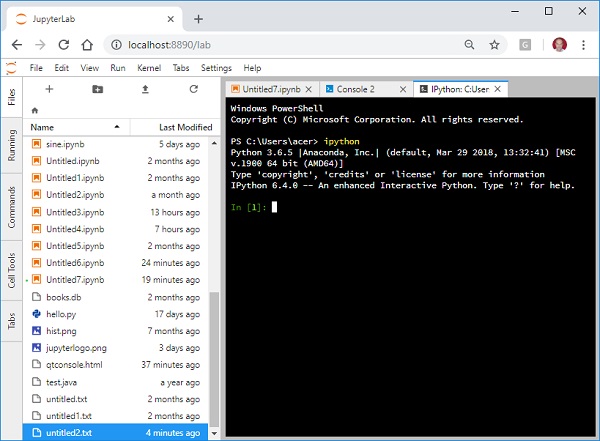