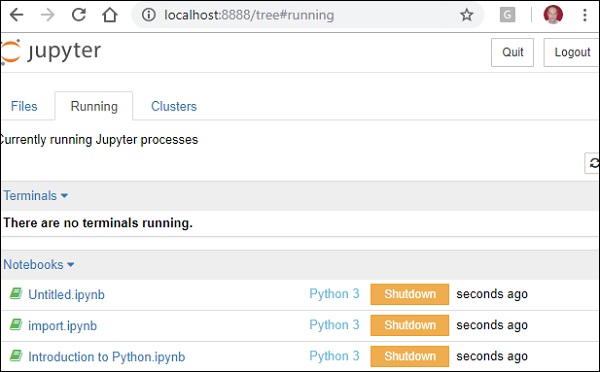 The "Files" tab displays files and folders under current directory from which notebook app was invoked. The row corresponding to a notebook which is currently open and the running status is shown just beside the last modified column. It also displays Upload button using which a file can be uploaded to notebook server.

The "Running" tab shows which of the notebooks are currently running.

The third tab, "Clusters", is provided by IPython parallel. IPython's parallel computing framework, an extended version of the IPython kernel.

From the New dropdown choose Terminal to open a cmd window. You can now start an IPython terminal here. 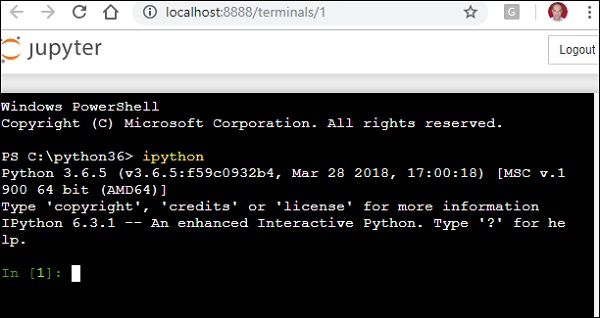