This chapter will explain how to get started with working on IPython.

Before proceeding to understand about IPython in depth, note that instead of the regular >>>, you will notice two major Python prompts as explained below −

Besides, the numbers in the square brackets are incremented automatically. Observe the following screenshot for a better understanding −

Now, if you have installed Anaconda distribution of Python, open Anaconda prompt from start menu. 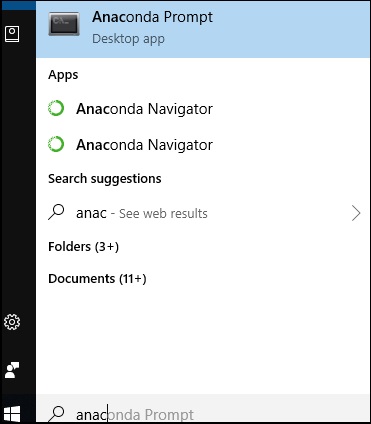 When compared to regular Python console, we can notice a difference. The IPython shell shows syntax highlighting by using different colour scheme for different elements like expression, function, variable etc.

Another useful enhancement is tab completion. We know that each object has one or more methods available as defined in its class. IPython pops up appropriate list of methods as you press tab key after dot in front of object.

In the following example, a string is defined. As a response, the methods of string class are shown.

IPython provides information of any object by putting ‘?’ in front of it. It includes docstring, function definitions and constructor details of class. For example to explore the string object var defined above, in the input prompt enter var?. The result will show all information about it. Observe the screenshot given below for a better understanding − 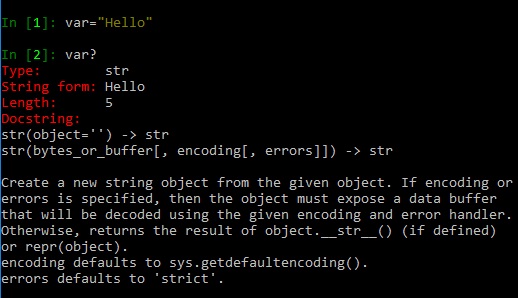